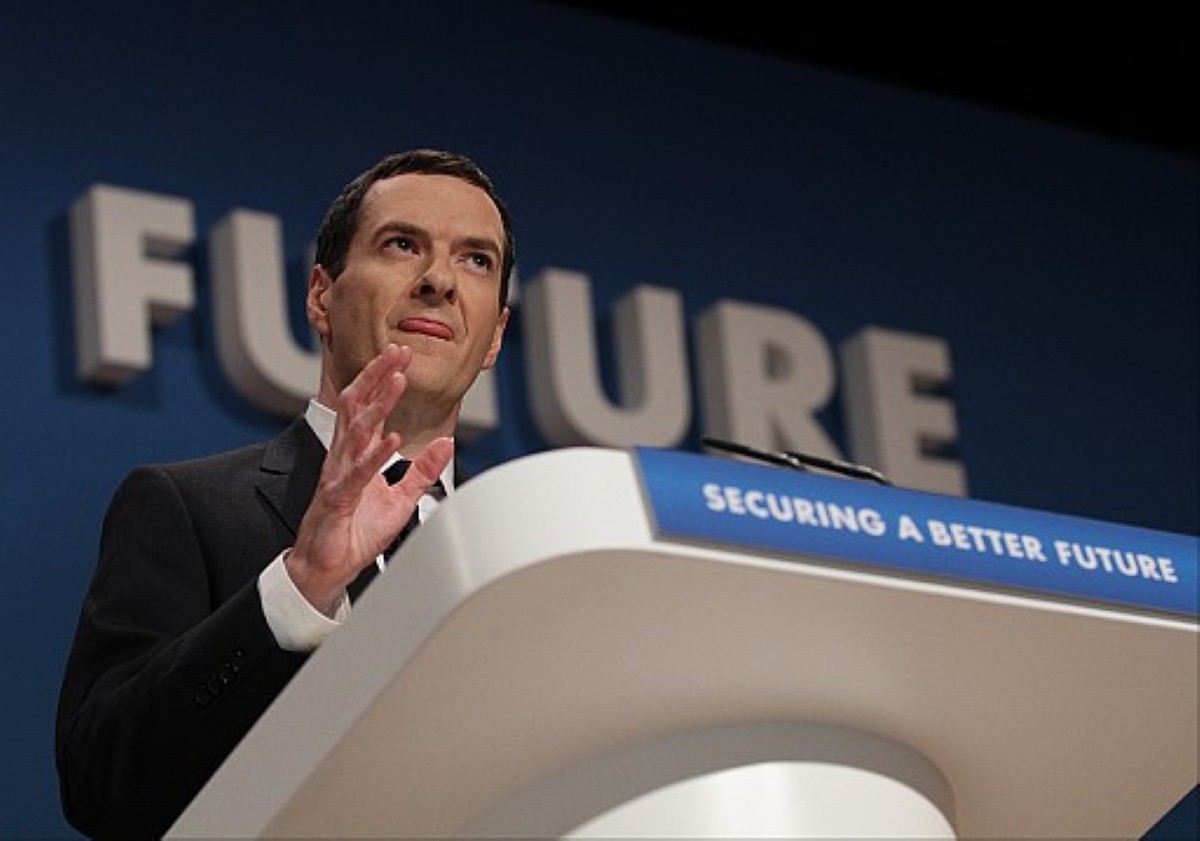 George Osborne ratcheted up the severity of his austerity programme today, with a promise to introduce £25 billion of new cuts in the next parliament.

The chancellor brazenly repeated the phrase "we're all in this together" as he unveiled plans to freeze working age benefits for two years but continue to protect high earners and pensioners.

Depending on inflation, the announcement means jobseekers' allowance, tax credits, housing and child benefit will be cut in real terms until 2017 if the Tories win the election.

Pensioners and the disabled will not be affected.

The policy would likely reclaim £3 billion for the Treasury – but at the cost of some of the poorest workers in Britain.

Higher earners are also unlikely to face any further cuts in income, given Osborne appeared to rule out raising taxes.

"The option of taxing your way out of the deficit no longer exists if it ever did," he said.

The comment suggests he intends to go into the next election ruling out any further tax rises and making it a red line issue with Labour.

Labour will now need to decide if it can match the £25 billion figure and if so how it will pay for it.

"Decisions on benefit uprating should be taken at fiscal events and in light of the fiscal circumstances.

"It speaks volumes about the priorities of the Conservative party that they see benefit cuts for the working age poor as a crowd-pleasing punch line for a conference speech."

Elsewhere in the speech, Osborne also confirmed plans to allow people to pass on their pension pot tax-free.

Those aged under 75 can now pass on their pension without any tax at all, while those aged over 75 will only pay the marginal rate.

It is actually a very modest tax cut but its focus on pensioners won it the glowing front page headlines which evaded Ed Miliband following his conference speech last week.

The policy targets the demographic which is most likely to support the Conservatives and turn out on polling day.

But it is unclear if the targeting of the party's core support will be enough to hold it up against Labour while it deals with the Ukip threat from its right.

It comes after a promise to slash the household benefits cap by £3,000 to £23,000, in a clear appeal to those on the right of the party tempted by Ukip.

A briefing to the conference from pollster and Tory supporter Lord Ashcroft highlighted the electoral mountain the party had to climb yesterday.

Ashcroft's polling showed that in Lib Dem-Tory contested seats, there was a swing of just two per cent to the Tories. In others, there was actually a swing to the Lib Dems.

By contrast, the swing to Labour in many Lib Dem-Labour contested seats was 12%.

In stark terms, Ashcroft described how the party was struggling to maintain the support of those who voted for it in 2010 and showed few signs of seducing those who had not.

"The Conservatives can afford to lose no more than 22 seats to Labour before they cease to be the largest party in the House of Commons.

"Unfortunately, the polling I have already done in individual seats, starting with the most marginal, shows the Tories already behind in 24."

With that in mind, the Conservatives cannot afford to lose seats to Ukip, starting with the two by-elections they now face as a result of defections from Douglas Carswell and Mark Reckless.

The rhetoric around Ukip defections became significantly harsher during the conference as the party leadership sought to discourage any more MPs from following suit.

"I would say one other thing to those people. You have got elected with the help of Conservatives, who stuffed envelopes, who walked streets, who knocked on doors, who worked their guts out to get you to be a member of parliament, you have let those people down.

"We are coming for you in by-elections and we are going to throw everything we can at you."

"We have been betrayed. Every Conservative in this hall, we all know, individual MPs do not succeed on their own, they do by standing on the shoulders of others.

"They supported him as a Conservative. They did so in good faith. You leant him your support, your trust. Today your trust has been abused, you have been cheated. The people of Rochester and Strood have been cast aside."

Meanwhile, fresh details were emerging of the tabloid sting operation which triggered the resignation of Brooks Newmark as minister for civil society.

Newmark sent intimate photos of himself to what he thought was a young, pretty Tory supporter, but who turned out to be a male undercover journalist.

Some believe the Sunday Mirror may have broken the law by using photos of a woman they found online in a sexual context without consent.

A ComRes poll for the Sunday Mirror this weekend put Labour up one on 35%, the Tories down three on 29%, Ukip up one on 19% and the Lib Dems down one on seven per cent.