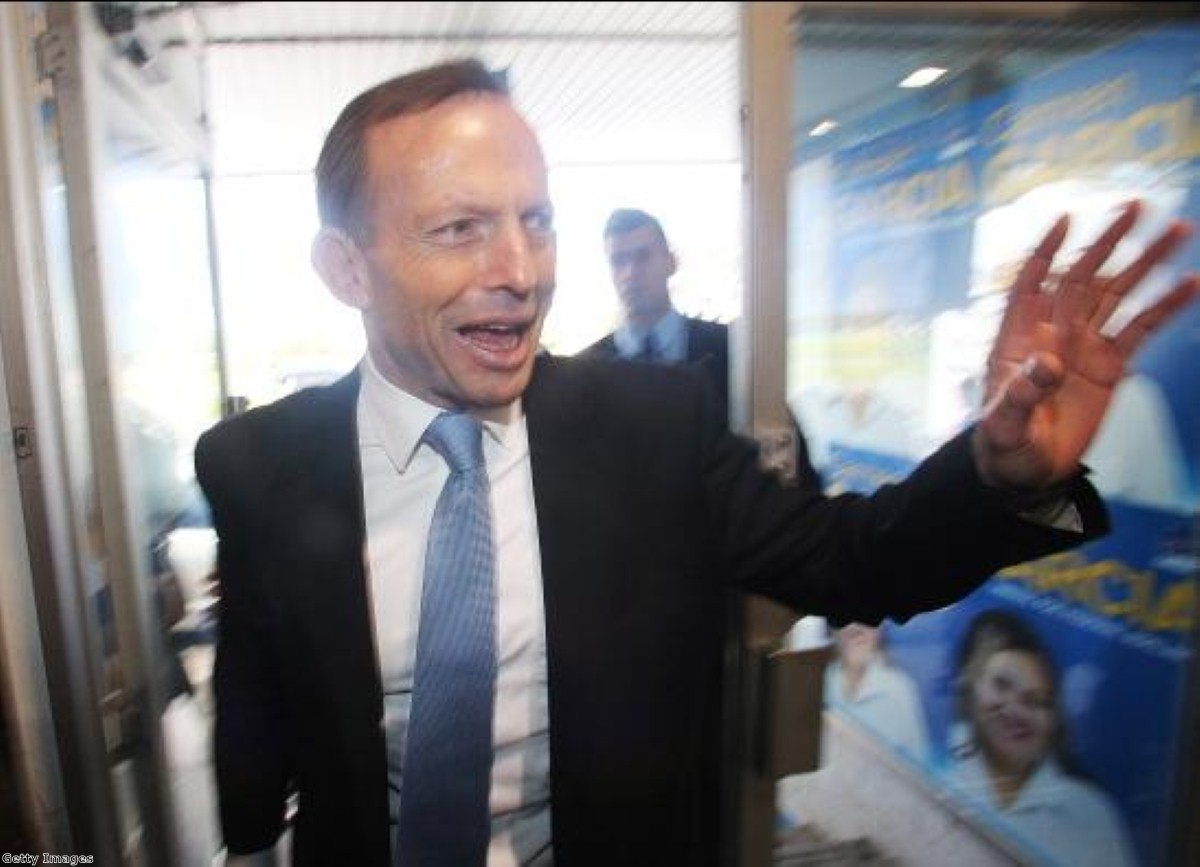 Unpleasantness down under: Aussie Liberal in ‘suppository’ gaffe

The man expected to become Australia's next prime minister has claimed his rival is not the "suppository of all wisdom".

Tony Abbott, the Liberal leader most pundits expect will oust Labour's Kevin Rudd from power, made the bum note while on the campaign trail.

"No one, however smart, however well educated, however experienced, is the suppository of all wisdom," he declared while launching the campaign of a Liberal candidate in Melbourne.

"And I believe we will be a much better government because we are a very strong team."

Journalists present reported an audible gasp and titters of laughter as it became clear Abbott had mistaken a repository with a suppository.

One is used to store useful things and the other provides healing qualities activated when inserted up a voter's rectum.

"Tony's Abbott's first rule of politics", singer Billy Bragg tweeted, is to "keep your friends close, but your enemas closer."

This is not the first time Abbott's comments have got him into trouble. His remark that "s**t happens" after being told by Australian soldiers of the death of a comrade was then followed by a 28-second silence when pressed on the matter by a broadcast journalist.