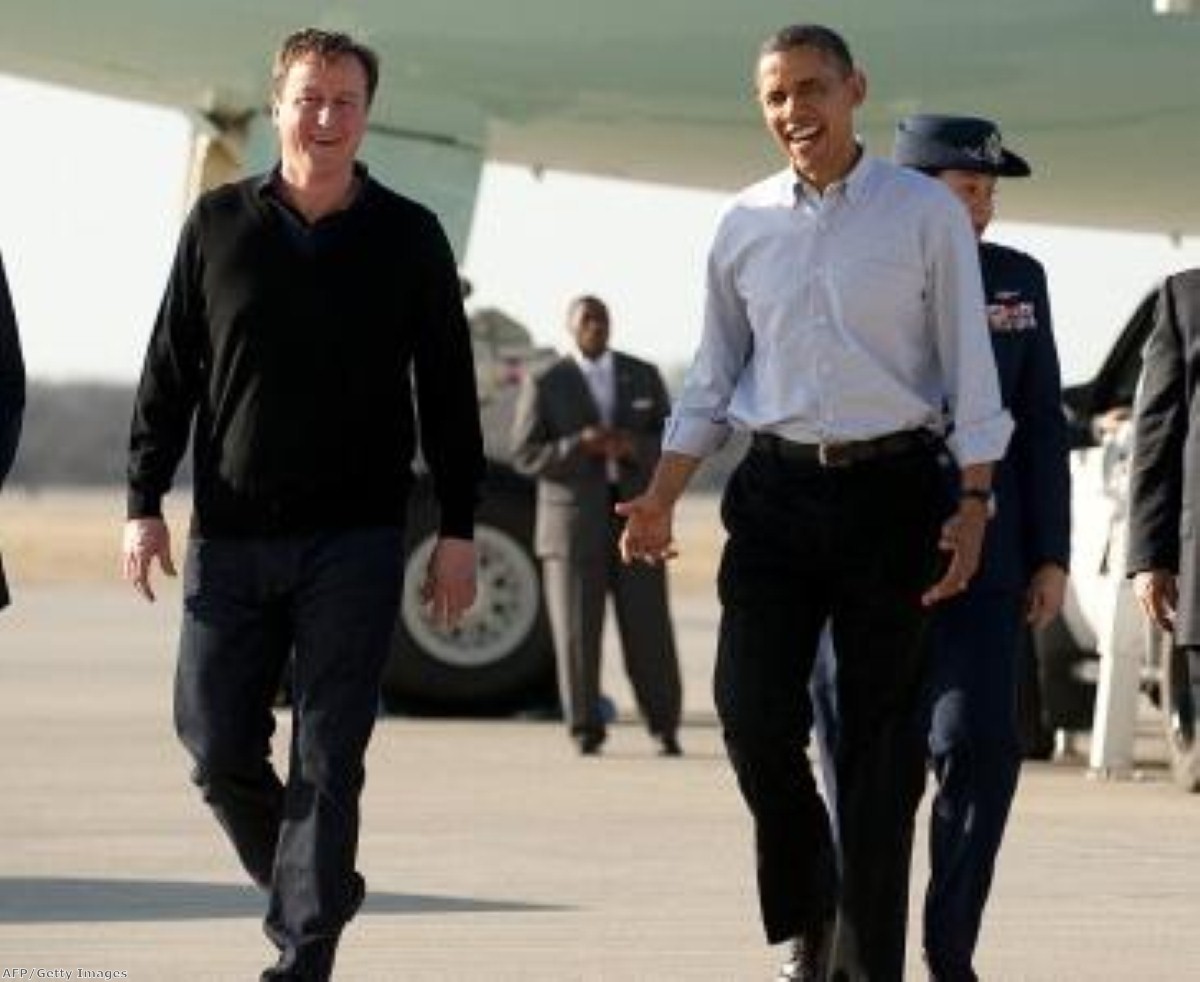 Progress is being made in Afghanistan, David Cameron and Barack Obama have insisted, as reports filter through of a car bomb attack at Camp Bastion.

Britain's principal military base in Helmand province came during a visit by US defence secretary Leon Panetta visited the camp – and the US and UK's leaders held their joint press conference in Washington.

The deaths of six British soldiers in a single incident and the brutal rampage of a rogue US marine have shocked both countries in recent days. Now reports are emerging of a vehicle driving on to the runway at Camp Bastion and bursting into flames.

"The tragic events of recent days are a reminder this continues to be a very difficult mission," Mr Obama said in Washington.

"We both have lost a number of extraordinary young men and women in theatre.

"What's undeniable though and what we can never forget is that our forces are making very real progress."

The Americans are set to withdraw a further 23,000 soldiers from Afghanistan by the summer, having already reduced their troop numbers in the unstable country by 10,000.

Mr Cameron described the reduction as "shifting to a supporting role", with Afghans not taking full responsibility for their security until 2014.

"We will not give up on this mission, for Afghanistan should never again be a safe haven for attacks against us," he pledged.

Earlier, speaking generally, he had said: "When the chips are down, Britain and America know we can always count on each other."

Developments in the Middle East dominated much of today's negotiations between the two leaders.

Both called on Iran to stand up to its international obligations over its nuclear agenda. Mr Cameron praised Mr Obama's "tough, reasonable approach" and confirmed that, though both sides were seeking a peaceful solution, "nothing is off the table".

Mr Obama said: "Tehran must understand it cannot escape or evade the choice before it: meet your international obligations or face the consequences."

They said that Bashar al-Assad's Syrian regime would fall but acknowledged the main focus now was "getting humanitarian aid to those in need", as Mr Obama said. Britain has today pledged an additional £200 million in food and medical care to the people of Syria.

Earlier the pair spoke outside the White House before beginning their official talks. Both leaders spoke about the US-UK special relationship, viewed as a "meeting of kindred spirits" by Mr Cameron and one of the greatest alliances the world had ever known by Mr Obama.

The US president then raised smiles when he observed that, given the Americans and British spoke the same language most of the time, he was "chuffed to bits" by Mr Cameron's presence in Washington.

The prime minister, having praised Mr Obama's "spectacular" grasp of the language, joked: "I am a little embarrassed to think that 200 years ago my ancestors tried to burn this place down. I see you've got the place a little better defended today."

Mr Cameron's 'official' visit will features a state dinner this evening normally reserved only for heads of state. A White House statement said the visit was supposed to highlight the "fundamental importance of the US-UK special relationship".

It has come as excellent timing for the US president, who is widely seen as having won electoral advantage from Mr Cameron through their visit to the key swing state of Ohio.

Mr Obama explained yesterday: "I thought it was going to be wonderful for the prime minister to… come to the great state of Ohio, because sometimes when we have foreign visitors, they only see the coasts, they go to New York, they go to Washington, they go to Los Angeles, but you know the heartland is what it's all about."