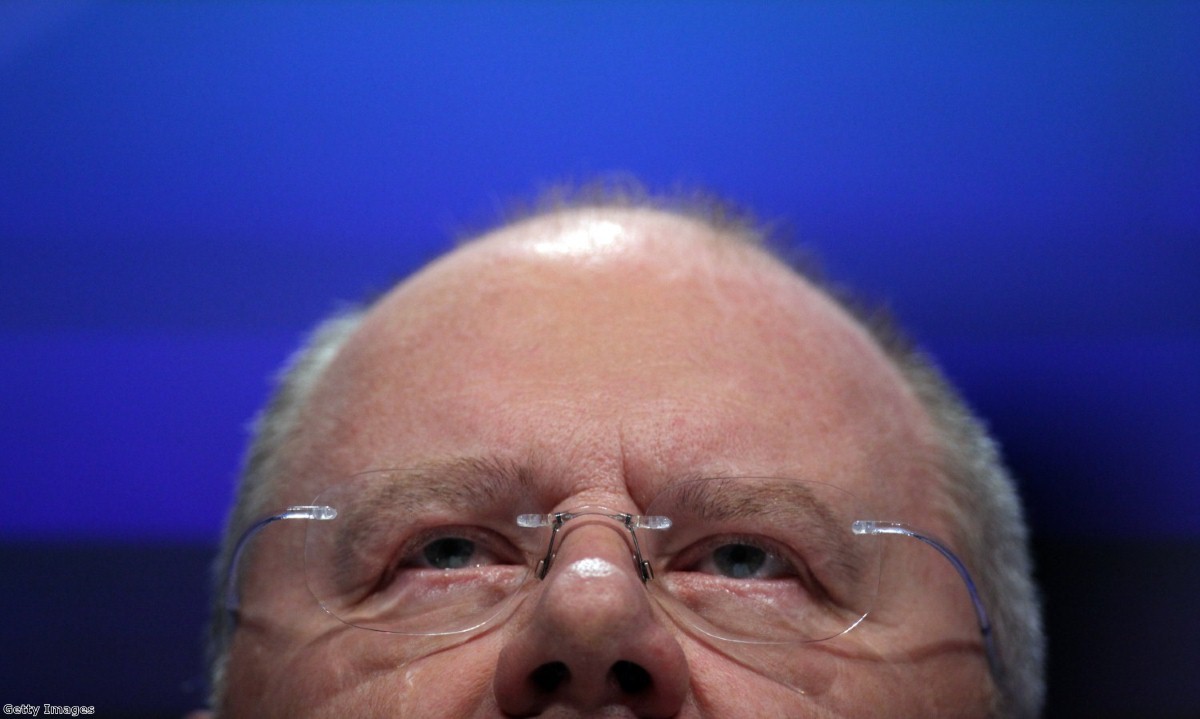 Eric Pickles has become the latest minister to demand a return of Christianity in Britain's public life, as he outlined a new community cohesion strategy today.

The local government secretary's comments are particularly revealing coming so soon after Sayeeda Warsi used a trip to the Vatican to launch a campaign against 'militant secularism'.

"A few people, a handful of activists, have insisted that it isn't enough simply to celebrate the beliefs of minority communities; they want to disown the traditions and heritage of the majority, including the Christian faith and the English language," he told the Daily Mail.

"In recent years we’ve seen public bodies bending over backwards to translate documents up to and including their annual report into a variety of foreign languages.

"We've seen men and women disciplined for wearing modest symbols of Christian faith at work, and we've seen legal challenges to councils opening their proceedings with prayers, a tradition that goes back generations, brings comfort to many and hurts no one," he added.

"This is the politics of division."

The comments suggest the government believes multiculturalism itself creates a breeding ground for extremism.

"Harriet Harman [deputy Labour leader and author of the Equalities Act] was leading the country down the wrong path," he continued.

"If we are to remain a country where people of different backgrounds feel at ease and get along, we need more confidence in our national traditions. We need to draw a line."

The comments signal a newly confident approach to the role of Christianity from ministers, with Mr Pickles suggesting the religion would play a key role in Britain's public life once again.

"Some see religion as a problem that needs to be solved. We see it as part of the solution," the local government secretary said.

Over the weekend, Mr Pickles suggested he would use existing laws to undo a court judgement banning prayers at Bideford town council meetings.

That move, combined with today's strategy documents and Baroness Warsi's Vatican trip, signals a concerted effort in government to return to a more traditional religious and cultural agenda.

It also marks a decisive split with Alastair Campbell's famous mantra that the New Labour government did not 'do God'.

"Under Harriet Harman's agenda, the Labour government encouraged different cultures to live separate lives, apart from each other and the mainstream," Mr Pickles said.

"We must be unafraid to insist on the common ground and common values we all share."

Secularist groups reacted angrily to the comments, saying the majority of British people are not actively religious.

"The 'suppression' of religion that he sets out to combat is largely mythical and policy made on such fabrications will not succeed," said British Humanist Association chief executive Andrew Copson.

"The vast majority of people in Britain are not members of any local church, religious group or community, and so to lay such emphasis on religious identities as being the ones most important for encouraging voluntary work or community building is misguided."