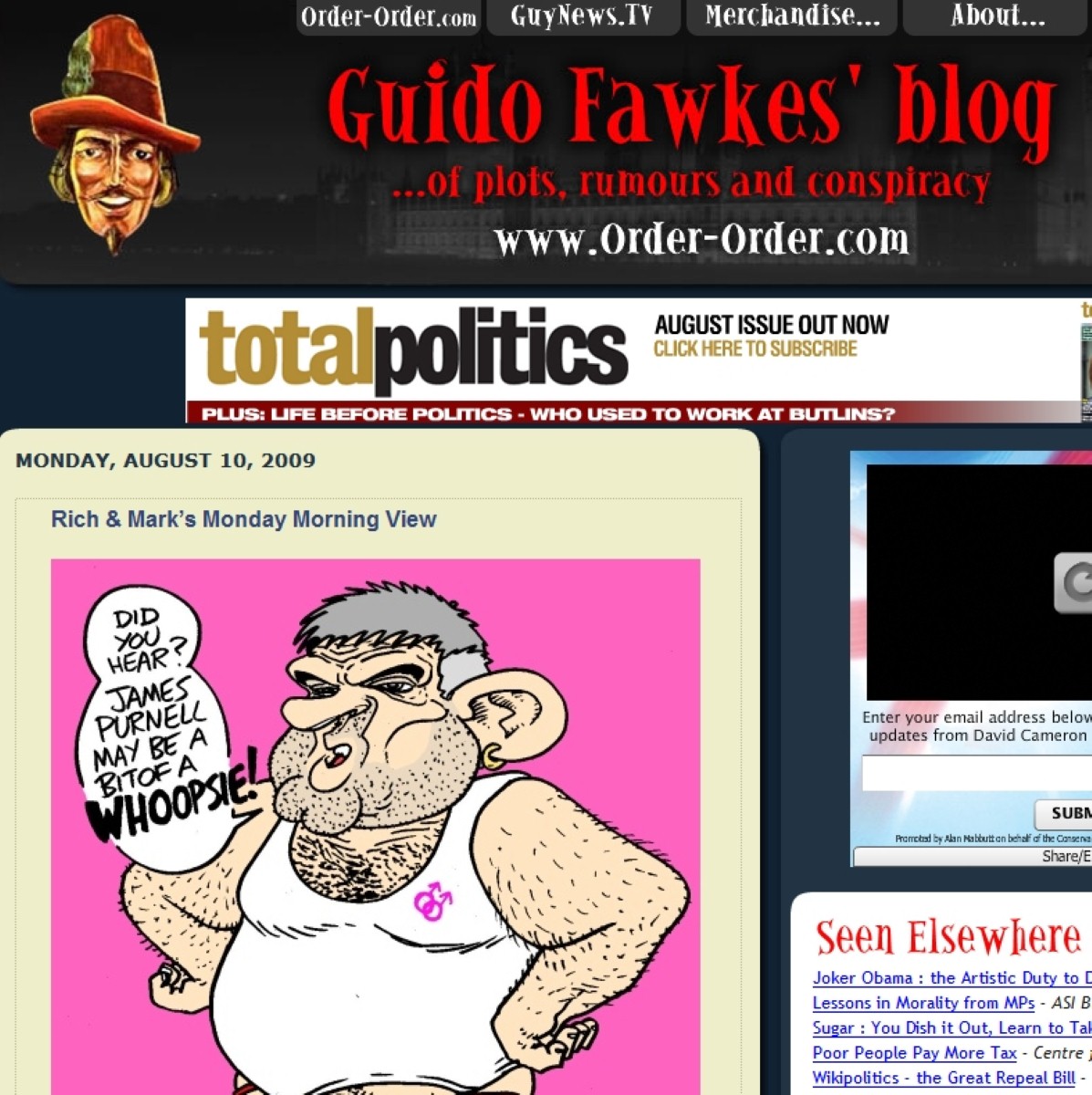 Guido Fawkes criticised the parliamentary lobby system today for its "unhealthy" political culture, in a robust performance at the Leveson inquiry.

The leading right-wing blogger, whose real name is Paul Staines, said the system, whereby selected journalists are granted access to MPs and ministers in Westminster, made them "complicit in politicians' lies".

He said: "Press officers give tit-bits to journalists in return for favourable coverage.

"Rock the boat and you won't get any access".

Mr Staines refuses to be part of the lobby system. He recommends that lobby briefings should be televised and journalists should not accept anonymous briefings.

Lobby briefings from the prime minister's spokesman take place each morning and afternoon when parliament is sitting.

They were put on the record when Labour came to power in 1997, although some commentators feel this change actually led to less information getting out, as Downing Street quickly became far more cautious about which line to take on a story.

Mr Staines said that broadcasters are particularly vulnerable to the lobby club because they could "lose access" and be "forced to broadcast with talking heads".

When questioned about the alleged practise of buying evidence to keep it from the public domain he revisited a story he broke about William Hague sharing a room on a trip with his political adviser.

Staines says the News of the World bought pictures of Mr Hague's special adviser in a gay bar for £20,000 but elected not to publish them in an attempt to "curry favour ".

He connected this with the former News of the World editor Andy Coulson's role at No 10.

The special adviser in question later tweeted: "The NOTW [News of the World] paid £20k for a photo of me at, er, my mate's birthday party? I think somebody's having a laugh."
Mr Staines insisted that as "a citizen of a free republic since 1922, I don't have to pay attention to what a British judge orders me to do".

Referring to a specific incident in which the Financial Times had been served with an injunction to prevent the publication of a report on Northern Rock, Mr Staines explained how he manages to thwart legal moves from London-based lawyers by posting after hours in various far-away jurisdictions.

"In a case involving of £50billion of public money, the public have a right to know," he said.

He insisted that he always strives for accuracy: "Without accuracy, readers lose confidence and readerships go downhill."

Mr Staines said the nature of online reporting allowed him to adapt to circumstances, however.

"It should be remembered that our stories are out in five minutes," he said.

"Due to the nature of how fast we move, what we print isn't always spot on".

Guido Fawkes has on occasion used subterfuge and said the Daily Telegraph was right to use a secret recorder on its Vince Cable "sting", despite a PCC ruling to the contrary.

He argued that subterfuge is legitimate when used to expose hypocrisy in public officials, and he insisted he found the practise "great fun".