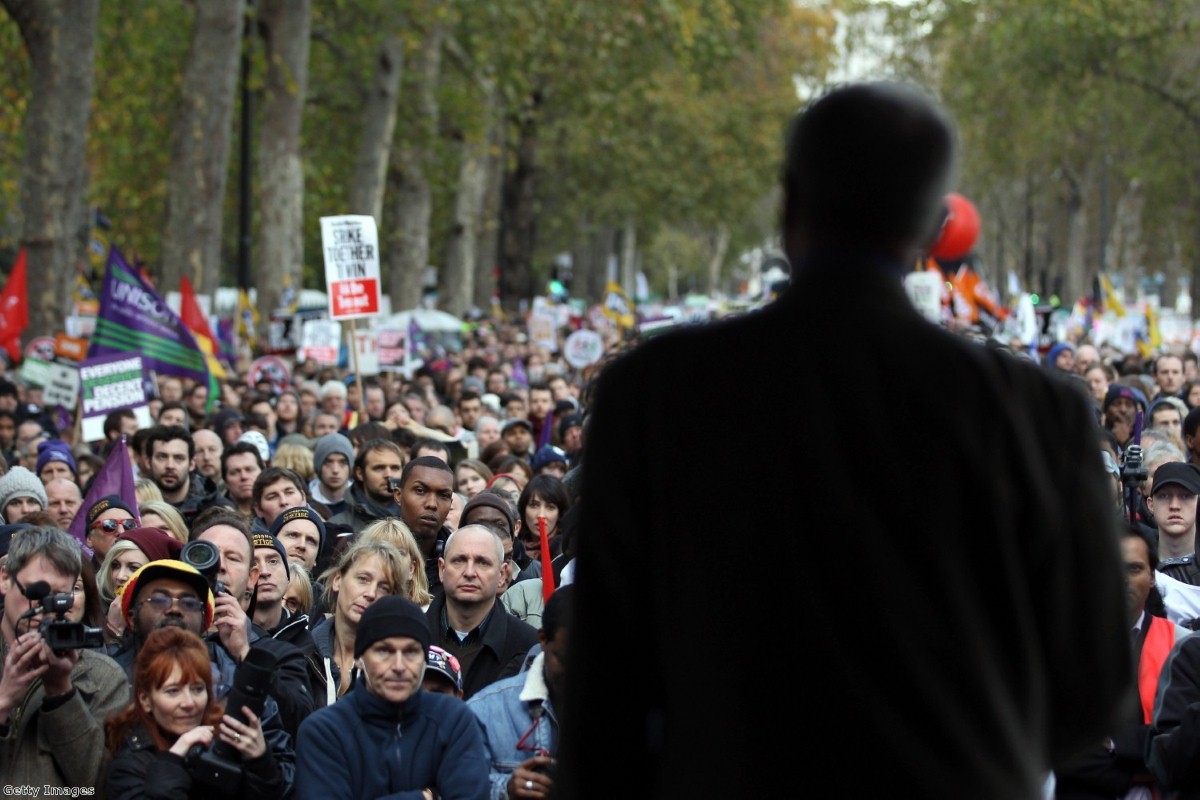 The war for Labour: Unite issues spectacular attack on Miliband

Labour's newfound acceptance of austerity measures has triggered an explosive attack from the general secretary of Unite.

Len McCluskey said the decision marked a victory for "discredited Blairism" and said it represented "the final point on the arc of 'New Labour' politics".

The intervention prompted figures on the Labour left to break ranks and attack their leader.

The attack comes after Ed Balls gave a speech over the weekend accepting the public sector pay squeeze. Days earlier, Ed Miliband gave a keynote speech promising not to reverse the government's spending cuts if Labour returns to office in 2015.

The party leadership views the policy shift as necessary to regain its reputation for economic competence, amid consistent polling showing voters do not trust the party on the economy.

Critics said the shift made the party's policy platform indecipherable, as Labour now opposes spending cuts which it has promised to maintain if it returns to power.

But for the unions, the policy shift creates a cross-party consensus in the Commons which leaves those opposed to cuts "disenfranchised".

In a searing article in the Guardian, Mr McCluskey said that his union, which is Labour's main financial backer, would fight public sector pay cuts by taking on the Labour frontbench as well as the government.

"The real points of differentiation between Labour and the government on the economy are now very hard to identify," he warned.

"This confronts those of us who have supported Ed Miliband's bold attempt to move on from Blairism with a challenge. His leadership has been undermined as he is being dragged back into the swamp of bond market orthodoxy."

The union leader even compared the decision to the formation of the hated national government in 1931.

Mr Miliband hit back, saying: "Len McCluskey is entitled to his views but he is wrong.

“I am changing the Labour party so we can deliver fairness even when there is less money around and that requires tough decisions.

“It requires a tough decision to put the priority on jobs ahead of public sector pay."

To some extent the outburst from the union leader serves Labour's agenda. It emphasises the message that Labour is prepared to take tough decisions on the economy and counters the Tory attack that the trade unions are Labour's paymaster.

But Mr Miliband was intent on ending the difficult relationship between the Labour leadership and the unions when he won the position, calling for an end to the process by which Labour leaders attend trade union events to upset their leaders and win favourable coverage in the right-wing press.

The current dispute is a sign that that task may be more difficult than he had foreseen.

"We’re not accepting the government's austerity cuts, we are totally opposing them and we are fighting them," she said.