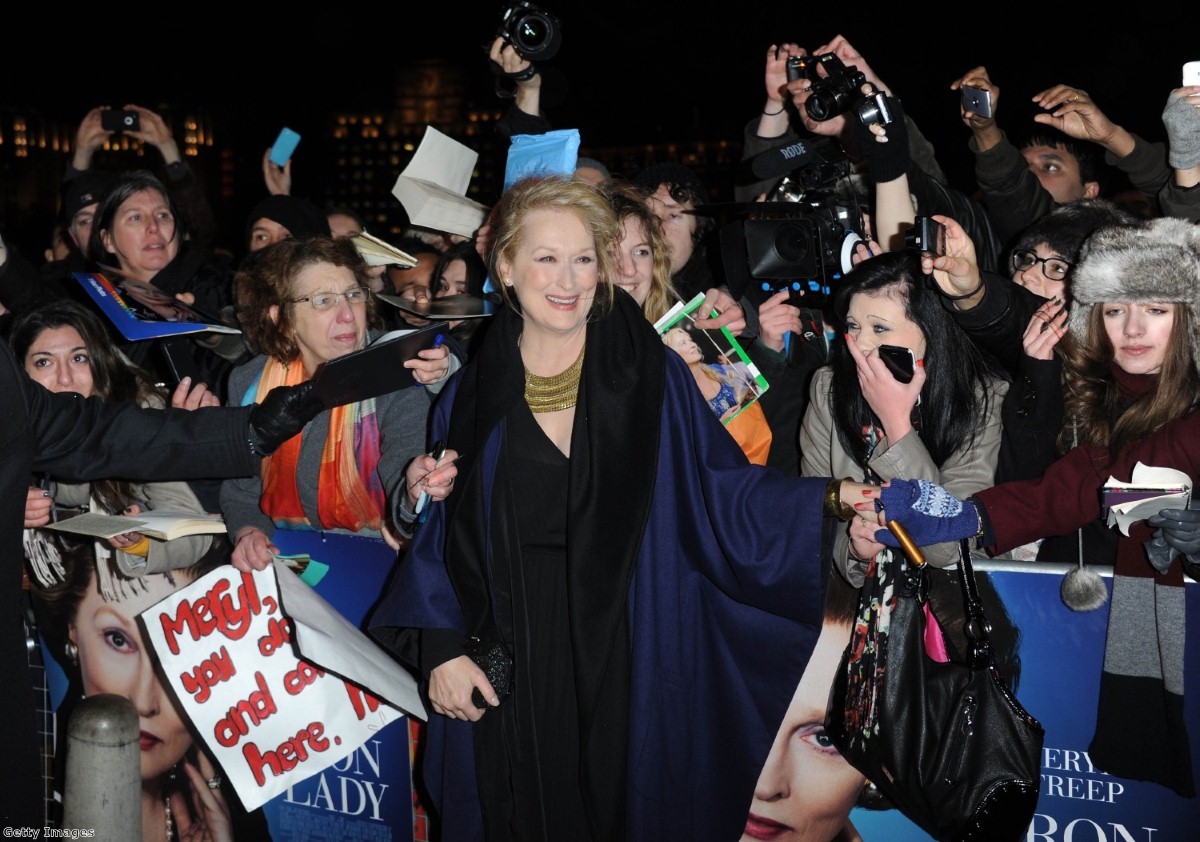 David Cameron has joined in the chorus of criticism against the biopic of Margaret Thatcher, saying he could not understand the timing of the film.

The Iron Lady, which opens in cinemas across the UK this morning, portrays an elderly and frail Baroness Thatcher as she might be today, gradually losing touch with reality and increasingly lonely in her isolated house in London.

The prime minister credited Meryl Streep with "a staggering piece of acting" but raised questions about the suitability of such a movie while the former prime minister is still alive.

"I can't help wondering why we have to have this film right now," he told the BBC's Today programme.

"It's a film much more about ageing and dementia rather than about an amazing prime minister."

Conservative chairman Lord Tebbit commented: "She was never, in my experience, the half-hysterical, over-emotional, over-acting woman portrayed by Meryl Streep."

There has also been criticism from sections of the left, with some commentators branding the film "a whitewash".

Director Phyllida Lloyd hit out at her detractors earlier this week during a preview screening in central London.

"We all felt that a portrait of somebody who is experiencing a failure of strength and health and forgetfulness is not a shameful thing to put on the screen," she said.

"It's something that Meryl [Streep, who plays Lady Thatcher], and Abi Morgan [the writer] and I felt was a really worthwhile exploration."

Asked who he would like to play him in the movie of his life this morning, Mr Cameron replied: "I'm sure the movie will never be made."

Ms Streep is widely tipped to receive an Oscar for her performance as the former prime minister.