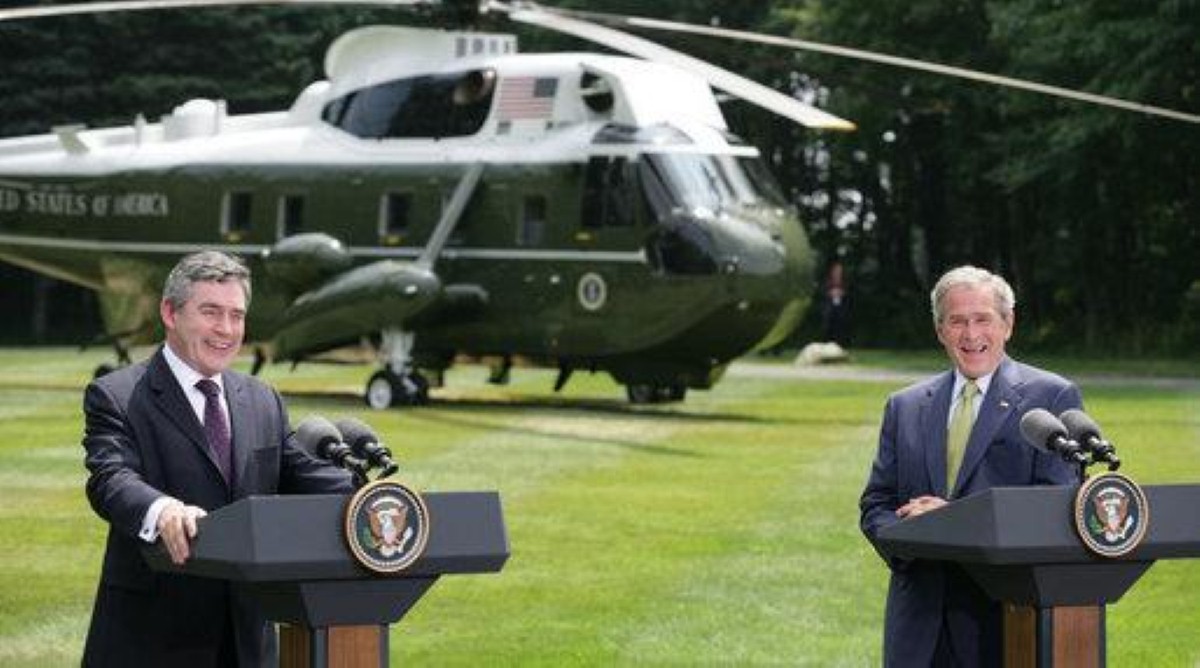 Gordon Brown will address an audience at the UN in New York later, pushing for progress on international development goals set by world leaders.

The prime minister will stress the importance of honouring commitments made in 2000 to tackle extreme poverty, promote universal primary education and gender equality, cut child deaths and combat diseases.

Yesterday, he described the ongoing conflict in Darfur as the greatest humanitarian disaster facing the world today.

Mr Brown discussed Sudan with George Bush as part of wide-ranging talks between the two leaders.

The pair spoke for four hours, fuelled by a lunch of cheeseburgers and onion rings, and promised to work together on nuclear proliferation, climate change, global poverty, the Middle East peace process and international terrorism.

Mr Brown described the talks as “full and frank”. By invoking the normal diplomatic code for cool discussions, he signalled his determination to establish a more equal “special relationship”.

In a press conference after the talks, the prime minister said troop withdrawal from Iraq would be directed by British army intelligence, not a desire to show unity with the US.

He said troops were preparing to move to “overwatch” operations in all areas and announced a Commons statement in October, paving the way for further troop withdrawals.

But Mr Brown was at pains to stress the UK government has long-term duties in Iraq.

Mr Brown: “It is in Britain’s national interest that, with all our energies, we work together to address all the great challenges that we face, also together: nuclear proliferation; climate change; global poverty and prosperity; the Middle East peace process which we have discussed and, most immediately, international terrorism.”

The prime minister continued to avoid the term “war on terror” but stressed the UK’s commitment to combating international terrorism.

Mr Brown said terrorism is not a cause, “it is a crime, and a crime against humanity”.

He warned there would be “no hiding places for those who practise terrorist violence or preach terrorist extremism”, striking more measured tones than Mr Bush’s previous threat against regimes that harboured terrorists.

President Bush described the prime minister as a “man of principle” who understands the “ideological war against terrorism”.

With commentators eager for signs for the two leaders’ own “Colgate moment”, Mr Bush said he was eager to work with the man he once dismissed as “the other guy”.

Mr Bush said: “Everyone’s wondering whether or not the prime minister and I were able to find common ground, to get along, to have a meaningful discussion, and the answer is ‘absolutely.’

“He probably wasn’t sure what to expect from me,” the president said. “I kinda had a sense of the kind of person I was going to be dealing with. I would describe Gordon Brown as a principled man who really wants to get something done.”