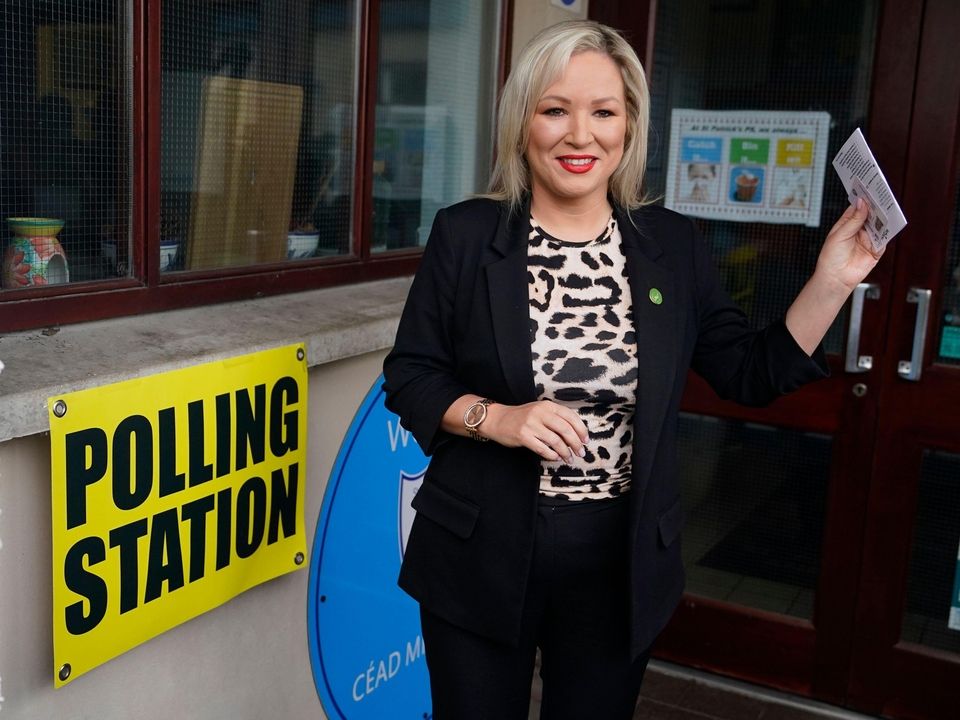 Perhaps more than in any other part of the UK, Thursday’s elections in Northern Ireland could mark a significant political shift for the region.

In its Assembly elections Sinn Féin gained a majority in Stormont for the first time in its history.

Across the region, 239 candidates ran for 90 seats across 18 constituencies, with the Irish nationalist party winning 27 seats to the Democratic Unionist Party’s 25.

While Northern Ireland’s power-sharing arrangements guarantee that both first minister and deputy first minister possess equal powers, the top title is a symbolically crucial one. This is especially true for unionists who overwhelmingly believe post-Brexit arrangements are already been compromising their place in the nation.

Unlike the right-wing, monarchist DUP, Sinn Féin is avowedly left-wing and republican. In English, its name is translated as ‘(We) Ourselves’. It is the only political party that is active both in the Republic of Ireland and in Northern Ireland.

During the Troubles, the party was associated with the Provisional Irish Republican Army (IRA), a paramilitary group responsible for the deaths of around 1,800 people between the 1960s and the 1994 ceasefire.

However over the past thirty years the party has sought to rehabilitate its image, resulting in better electoral performance.

While the role of first and deputy minister are essentially the same, a Sinn Féin first minister would present a historic tilt that many would interpret as the first step on the road toward reunification with the bordering republic.

However, Sinn Féin’s majority will not necessarily prompt the immediate success of their agenda,  reunification-related or otherwise.

Indeed, it may not even represent a surge in nationalist fervour, but of Unionist division.

Former DUP special advisor and MP Emma Little-Pengelly highlighted in a interview with the BBC that: “What we’ve seen is a fracturing of unionism – there hasn’t been a dramatic change in the size of the vote.”

Northern Ireland’s power-sharing arrangement has been a uniquely volatile situation, even relative to recent British political history. Back in 2017 Sinn Féin collapsed the executive, as the DUP likewise did earlier this year.

The DUP’s refusal to govern unless the Northern Ireland Protocol is scrapped means whichever party gains a majority is likely in for a bumpy ride, especially as the party has not promised to provide a deputy first minister should they come runners up.

Although foreign secretary Liz Truss has been rather more quiet on the issue than the erstwhile Brexit minister Lord Frost, the Spectator reports that ministers are still planning a way to trigger Article 16 to suspend the Protocol. The suggestion is that the government will argue that the row is stunting Northern Irish politics, and that suspending it will help preserve peace.

Thus whether Stormont remains under the Protocol’s remit, or the UK sets about scrapping it, Northern Ireland looks to be in for a tense near future in which even republicans may view it as unwise to seek a border poll. Certainly, it is unlikely that a majority of MPs would support the move as of now, and less so should a heightened Protocol row erupt.

A referendum in the Republic of Ireland would also be required to admit the North to the country. Recent polling also suggests that, as long as reunification would not result in higher taxes, six out of 10 Irish voters are in favour.

But while just 17 per cent of Northern Irish voters see unity with the south as a major concern for Sinn Féin the cause remains central to their vision, meaning that if the party were to continue on its upward trend, the prospect of a poll will only grow.

Mary Lou McDonald, who serves as Sinn Féin’s leader of the Opposition in Ireland, argues that the country is reaching “the end days of partition” and that a border poll could happen in the next decade. Likewise, unionist campaigning against a referendum suggests those on all sides of the debate are aware it is a not-so-distant possibility.

Critically, the survey also showed that among 45s, 47 per cent support Irish reunification, suggesting that demographic trends are tilted in the republicans’ favour.

While Northern Ireland still lacks a majority in favour of Irish unity, increasingly tense relations over the Protocol, paired with a growing Catholic minority, could well provoke a shift toward leaving the United Kingdom and re-joining both Ireland and the European Union.