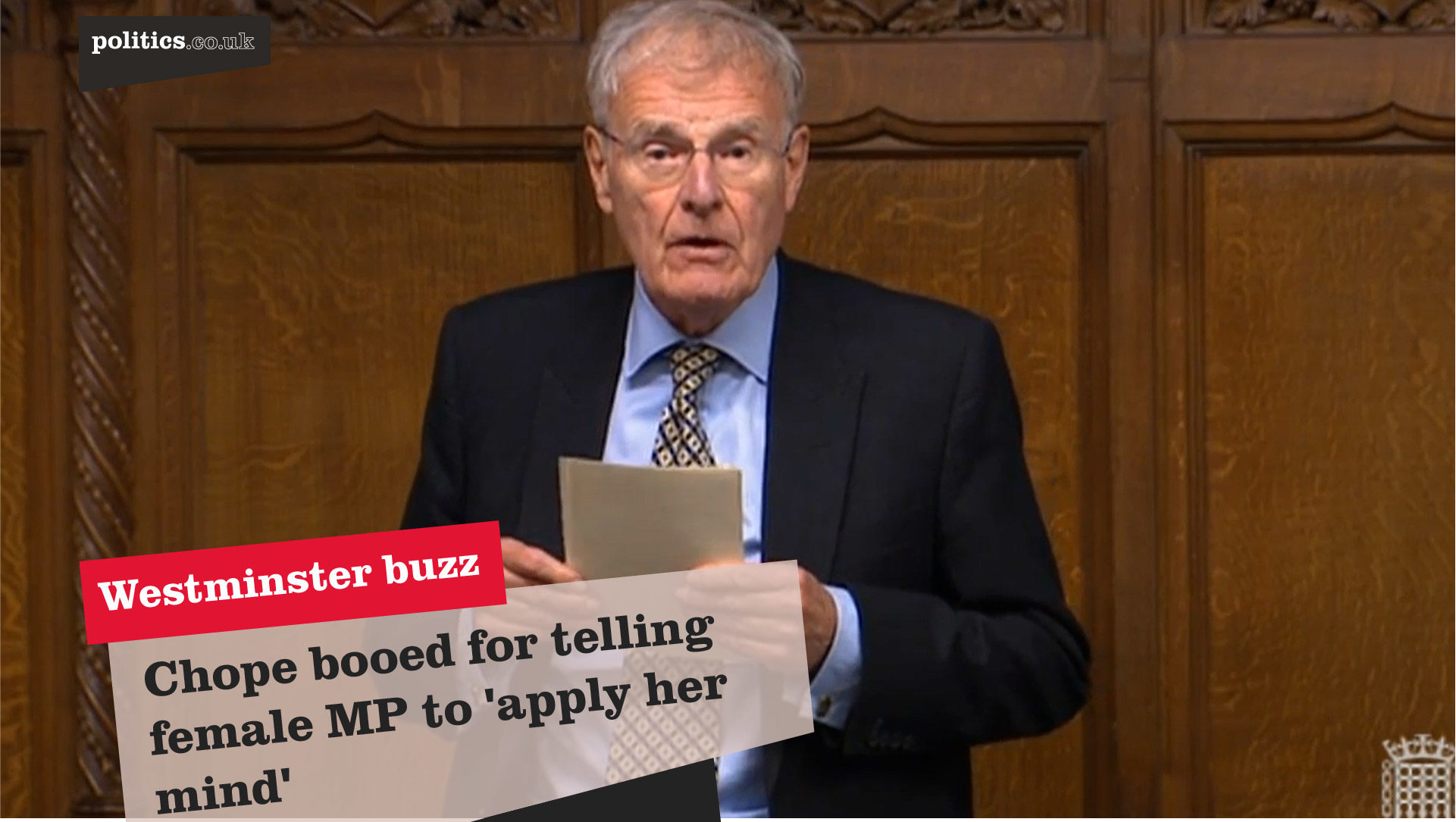 Chope booed for telling female MP to ‘apply her mind’

Christopher Chope, who yesterday blocked plans to undo Andrea Leadsom’s standards motion, was booed in the House of Commons today for telling a female Conservative MP to “apply her mind”.

Alicia Kearns, MP for Rutland and Melton, asked how long the Christchurch MP would like to spend debating the issue, saying: “We’ve had almost four-and-a-half hours of debate on this issue already. Do our constituents not deserve us to focus on actually delivering those promises we made to the things that matter to them?”

Chope’s response was met with boos from both sides of the chamber, with Labour MP for Birmingham Yardley Jess Philips later saying: “I find the tone in which you spoke to one of your colleagues to be, in my view, slightly unacceptable as a woman in these proceedings.

“But as a woman in these proceedings, I’ve had call to find some of the tone of the honourable gentleman problematic in the past. So nothing new there.”

The Commons eventually rescinded the resolution made on the 3 November relating to the committee on standards and the appointment of a new select committee. They also approved the decision on Owen Paterson, who stepped down as an MP last week.