Truss and Sunak must offer more than tax cuts 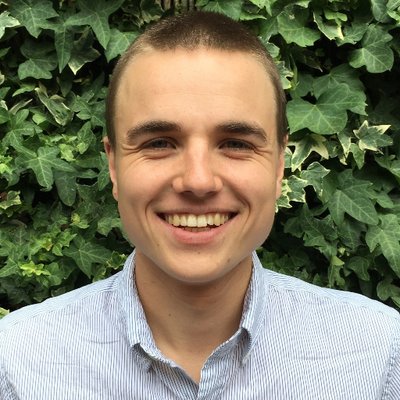 Tax, tax and more tax: a fair summary of the Tory leadership contest so far. As a former HMRC civil servant and a bit of a tax nerd, I’ve rather enjoyed it.

But talking about tax without discussing the other side of the equation – what those taxes are spent on – means the conversation so far has been worryingly unbalanced. This is even more concerning when Tory leadership candidates have claimed to want to do two things: maintain fiscal responsibility and cut taxes, whether now or in the near future.

This is going to be hard. Very hard. Because of an ageing society, we are spending more on public services and pensions. So to maintain both today’s service levels and the UK’s fiscal position requires tax rises. That is why, for example, Rishi Sunak introduced increased National Insurance contributions to fund increased public service spending.

To be fair, Truss has more wriggle room here; she has been more open about increasing the deficit. But Sunak – who wishes before the next election to cut taxes and maintain fiscal responsibility – really has his work cut out.

Tax cuts could unleash economic growth and help with the fiscal challenge, but this also seems unlikely; new academic research shows corporation tax cuts have done little for growth rates. Given this, fiscal responsibility can only be maintained in the face of tax cuts if demands on the state are reduced.

There are two possible routes to this. One is another round of austerity – cutting back what services the state provides. Yet there is little to demand from the public for this, after last decade’s failed policy experiment which may have caused, among other things, a decline in the UK’s life expectancy. No one wants to go through that again.

The second route is, in the wonk’s jargon, public service reform. Put simply, this means improving the way public services are run, without cutting back what is offered. Over time, such improvements can allow for overall spending on services to decrease, particularly if services get better at preventing problems earlier. Yet ideas for this are hard to come by in the Tory leadership race, as Public First’s excellent policy tracker demonstrates.

On the benefits system, the furthest we’ve got is “we need to reform welfare” (Truss). On health and social care, the ideas floated range from the vague (Mordaunt called for a task force to address NHS paralysis) to those unlikely to do much to fix root causes (Tugendhat called for binding A&E targets).

With respect to crime and policing, most calls have been for tougher sentences for various baddies (drug users and dealers, mainly) – a failed approach to tackling the causes of crime. Bold ideas to transform our public services so that they do a better job of preventing issues are nowhere to be seen.

Usefully for the candidates, such a vision already exists. At Demos, we call it ‘relational public services’. This is the idea that human connections are vital to our health and wellbeing, and that if day-to-day public services harnessed them better, in the long run, we would need to spend less on them.

The power of connection is well-evidenced. One academic study in the UK found that having one more friend in employment increased the chances of someone unemployed moving into work by 15%; a return not to be sniffed at.

And while this might all sound a bit ‘pie in the sky’, it’s a vision grounded in work happening across the country already. From Barking & Dagenham to Wigan, councils are experimenting with new ways of working.

To be fair, I hardly blame the individual candidates for not picking up these ideas. Recent governments – of which they have almost all been part of – have had little to say on public service reform.

But I do hope the two final candidates can put this right over the summer. Alongside getting economic growth going again – which as discussed above, tax cuts seem unlikely to deliver – reforming our public services is the only sustainable way to reduce demands for taxation over time. Almost anything else is, to use Sunak’s favourite phrase, a fairytale.