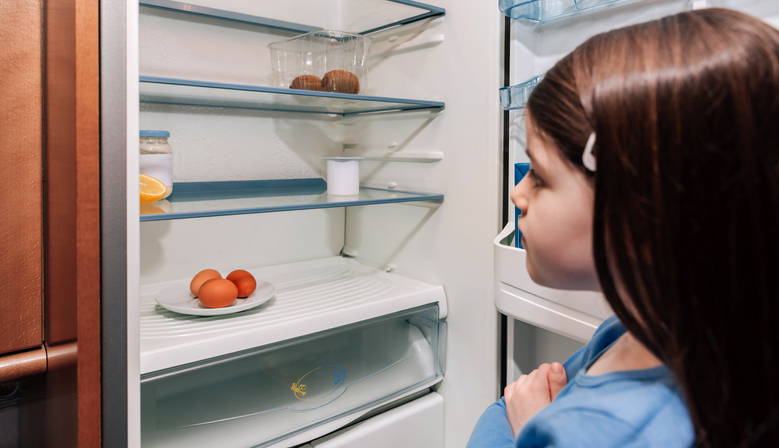 In January, the number of people in Britain suffering from food insecurity was up 20% from the second half of last year. According to a survey by the Food Foundation charity, 4.7 million adults had experienced food insecurity – equivalent to 8.8% of the population. 1 million adults reported that they or someone in their household had to go a whole day without eating anything in the past month because they could not access or afford food.

For all the media bluster about the ‘levelling up’ agenda, there is a crying need for further aid for families on the breadline. According to Tesco chairman John Allan, the cost-of-living crisis will only worsen as we plunge deeper into 2022. In a recent BBC interview, he predicted that more and more households will have to choose between food and heating when the inflation crisis really takes hold. Allan said he was “troubled” by the predicament people on tight budgets are facing.

You can say that again.

But the government has its priorities on this issue back-to-front. It is wrapped up in its absurd anti-obesity drive. It is set to make food even more unaffordable for those families who are struggling the most, apparently without even realising it.

The Health and Care Bill it is pushing through Parliament – MPs are due to debate amendments to it this week – will ban promotional officers in supermarkets such as ‘buy one get one free’ and ‘3 for 2’. New advertising rules will crack down on all food the government decides is ‘unhealthy’, with ads banned online and after 9pm on TV and radio as part of a new ‘watershed’.

This is a move so tone-deaf and inappropriate it is impressive even for this government. According to research from the Food and Drink Federation, this new set of rules will increase families’ shopping bills by £160 per year.

These increased costs will hit those on the lowest incomes the hardest. On average, a person in the bottom 10% of the country by income spends £1,404 per year on food and non-alcoholic drinks, so a £160 increase is equivalent to an 11% jump in food shopping expenditure for those who can least afford it. For those poorest consumers, that £160 represents 2% of their gross annual income – roughly equivalent to their entire yearly expenditure on fresh vegetables.

That is a wholly unnecessary addition to the thousands of pounds those families will already be out of pocket thanks to surging energy bills and inflation, not to mention a planned increase in National Insurance contributions.

The government should be making food more affordable for struggling families, not less.

Grocers and suppliers are not immune to the problems caused by rising energy costs. For years, rising commodity prices have been soaked up by the food and drinks manufacturers themselves. The effects of that are now rising to the fore, exacerbated by the cost-of-living crisis, supply chain issues, lingering effects of the Covid-19 pandemic, lower exports due to Brexit, and various other factors.

In other words, prices on the shelves are climbing, and the government is only making the problem worse by hamstringing industry and topping up our bills even further.

Worst of all, it is plain that these policies will not achieve what the government wants them to. Politicians behave as if villainising certain food groups as ‘unhealthy’ and seeking to stigmatise them and make them less accessible is the only way to tackle obesity. The collateral economic damage of this well-intentioned but clattering approach to public health policy is set to be catastrophic.

Politicians don’t have to worry about where their next Hobnob is coming from. Many families do. The Health and Care Bill could not come at a worse time. It must be delayed, as a group of Tory peers called for last week when the House of Lords got to have its say on the bill – and preferably never see the light of day again.