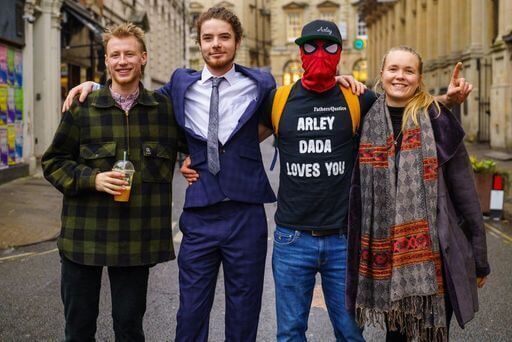 Colston Four: The justice system at its best

The acquittal of the Colston Four shows the justice system at its best – protecting citizens from the oppressive use of the law.

It’s almost impossible to find a genuinely informative take on the acquittal of the Colston Four, so mired is the case in the politics of culture war. I’m not convinced that my own perspective is immune from my preference against venerating those who commit crimes against humanity (and the belief that I’m perfectly capable of learning about history, in the absence of statues, by reading a book). Similarly, the chorus of ministers and commentators declaiming the verdict as an “assault on the rule of law” were noticeably silent in the face of the government’s threats to break international law over the EU trade agreement or its unlawful prorogation of parliament. Many, indeed, voted for legislation to block challenges to unlawful government acts, allow British soldiers to commit war crimes unpunished, and for ministers to authorise state agents to commit crimes with impunity. All, arguably, far more substantial “assaults” on the rule of law than pulling down a statue.

Given the heightened emotions, it seems sensible to start with something a little drier: like the law. Contrary to popular myth, “criminal damage” (with which the Colston Four were charged) doesn’t just mean “breaking something”. It means damaging property “without lawful excuse”. A “lawful excuse” can be an honest belief that those who could consent to the damage would do so. The Colston Four gave evidence that they believed the people of Bristol owned the statue and would consent to its toppling. Similarly, you are entitled to damage property to prevent or end a crime. The Colston Four argued that the statue was, itself, a crime under the Public Order Act (which prohibits any “visible representation” which is threatening of abusive). The law thus makes clear provision for courts to acquit defendants in this sort of situation.

The statue of Colston arguably never had the support of the people of Bristol. Despite its inscription “erected by the citizens of Bristol”, it was, in fact, funded by one man (publisher James Arrowsmith). Attempts to raise money from Bristol’s citizens failed. It has been criticised by Bristolians since at least the 1920s. Attempts to add information about Colston’s involvement in the slave trade (and refusal to allow his charities to help people who disagreed with his politics) failed after members of the “Society of Merchant Venturers” (which was, itself, involved in the slave trade) interfered to “sanitise” the information. A monument to the victims of the slave trade, erected next to the statue, was removed in 2018. It’s not difficult to understand how Bristolians would see a statue celebrating a man who helped murder thousands as abusive, particularly towards those from the global majority. The continuing presence of the statue, in a central location where the descendants of Colston’s victims may have to pass it every day, seems difficult to distinguish from leaving up racist graffiti or maintaining a statue of Oswald Mosely in a Jewish neighbourhood.

It’s certainly true, however, that this was no ordinary trial. It was overtly political. With limited resources it is impossible to prosecute every potential crime. Prosecutors must determine that they have sufficient evidence to secure a conviction, and that prosecuting is in the public interest. In this case, the city of Bristol chose not to restore the statue. Rather, it was placed in a museum as part of an exhibit on both Colston and the protest movement. Bristolians are in the process of removing various other celebrations of slavers. Local police decided not to protect the statue before it was toppled. It’s difficult to understand the public interest in prosecuting for actions that appear so in line with the community’s priorities.

The prosecution was, however, squarely in line with the government’s “war on woke” agenda. Indeed, the Home Secretary herself was directly involved and pressurised (supposedly independent) law enforcement to act. Prosecution is an awesome power and must not be misused. When I represented people wrongly imprisoned in the Post Office “Horizon” scandal, the Court of Appeal overturned their convictions on the basis that, not only were they innocent, but that prosecutors had misused their power. It’s difficult to see how using the power to advance the party of government’s political agenda is any more justifiable.

The rule of law means the law must apply to everyone. But it also means that the law must be administered justly. Our justice system contains a safety valve to ensure that the government cannot use its prosecution power oppressively: the jury. Juries have, for centuries, been the bane of governments which seek to use prosecutions for political ends. The trial of the Colston Four joins a long tradition going back to (possibly beyond) the “treason trials” of the 1790s, in which juries frustrated government attempts to imprison supporters of democratic reform. The jury in the Colston trial was asked to decide whether the Colston Four had an honest belief that the people of Bristol would support the removal of the statue and whether the statue itself represented a crime. We, as a society, have long left that sort of decision to juries. It’s right that we continue to do so.