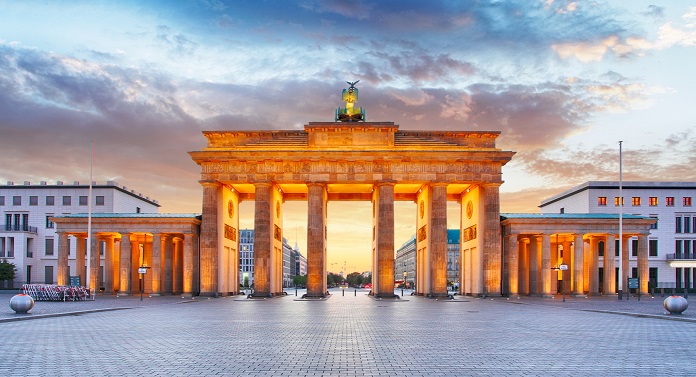 Germany has a new government. After sixteen years of Angela Merkel, Olaf Scholz has swept to power, forming a three-way partnership between his centre-left SPD, the Greens and the pro-business, socially liberal FDP.

This traffic-light coalition, named after the colours of its three parties, is the first of its kind at the federal level. There are many areas of overlap, as well as significant policy differences, but the coming together of disagreeing factions is the mature nature, and perhaps the art, of most modern democracies.

This stands in sharp contrast with the UK’s confrontational party system, perpetuated by the UK’s unrepresentative First Past the Post (FPTP) voting system.

There is much the UK can learn from German democracy. Berlin doesn’t have a perfect system, but Germany’s use of Proportional Representation (PR) to elect MPs is more representative than Westminster’s archaic arrangement system. Related to that, the culture of coalitions and cooperation agreements used in Germany, and other countries with PR, should be embraced and encouraged.

Under First Past the Post, seats don’t match votes. In 2019, the Conservatives won 43% of the overall vote but were able to secure a majority of seats. The system consistently inflates the representation of the two largest parties while reducing smaller parties to a minimum.

Proportional Representation addresses this problem by ensuring that seats match votes. In the recent 2021 German election, the SPD won 206 out of 736 seats (28%) and 25.7% of the vote. The Greens won 16% of seats on 14.8% of the vote while the FDP won 12.5% of the seats on 11.5% of the vote. The German system broadly ensures that how people vote at the ballot box is reflected in Bundestag. Westminster can and must learn from Germany and adopt some form of PR.

A near inevitable consequence of PR is coalition governments. Often labelled as grubby and ineffective, and tainted by the Conservative-Lib Dem agreement in the UK, coalitions are normal in Germany and across the democratic world. Cooperation between disagreeing parties is the sensible conclusion to the reality that no one party is likely to win support of more than half the vote. It is far better to have disagreeing groups coming together and compromising than giving one party sole control without an overall mandate.

Furthermore, building consensus on key issues means that long-term policy problems can be tackled more effectively. Coalitions can be defended on their own merits, not just as a consequence of PR – and Germany’s new arrangement is the latest in a long line of examples of this.

Germany’s new coalition is ground-breaking at the federal level, the first of its kind involving three parties. There is no guarantee that it will last a full four-year term although most two-party coalitions have made it to the next election (the main exception being the collapse of the SPD-FDP coalition in 1982). But this new arrangement is an alliance of three parties with three distinct ideological foundations. The political chasm between the FDP and the Greens in some key areas is immense although the coalition’s programme for government has bridged many of these divides.

The biggest risk to Germany’s new political arrangement comes from the FDP, the only coalition partner not on the political left. Still bruised by losing all their seats in 2013, following their coalition with Merkel’s CDU, the FDP may come to fear further punishment at the polls in 2025. However to date, this traffic-light arrangement has worked at the state level, notably in the 2016 and 2021 Rhineland-Palatinate elections, giving some confidence to the Ampelkoalition project. Crucially for the UK, it proves that coalitions can work and that the sensible, pragmatic politics of compromise can prevail.

Opponents of PR are quick to argue that small parties can hold disproportionate influence if they are kingmakers. This can depend on the particular system but with PR and an environment of consensus-building, small parties play by the rules to remain palatable coalition partners. The number of ministries a party takes in a coalition is largely standardised by being dependent on relative size within the coalition, mitigating attempts to seek undue influence. Broadly in line with relative vote shares within Germany’s new coalition, the SPD have eight ministries, the Greens have five and the FDP have four.

The question that then follows is how does the UK get there?

Despite the recent rejection of PR at the Labour Party Conference, there is a real momentum for reform. The Good Systems Agreement, coordinated by Make Votes Matter, has gone some way to bring together opposition parties on the matter. Labour’s membership base is incredibly pro-reform and recent changes in the unions suggest Labour could still inch towards a more favourable position.

Labour support for PR would be an incredible win for better democracy campaigners.  Without a clear commitment there is enough support within the party to keep the leadership from committing too strongly in favour of the status-quo. Either way, the best chance of reform is a Labour-led hung parliament, where long-standing champions of reform, the Lib Dems and Greens, hold the balance of power.

Every country has its own unique political culture, but at the heart of ours is a voting system that distorts the vital link between seats and votes. The UK has a lot to learn from Germany’s political system and the traffic light coalition. Current cooperation between progressive parties could well be the start of the story that leads to the green light being given to Proportional Representation.