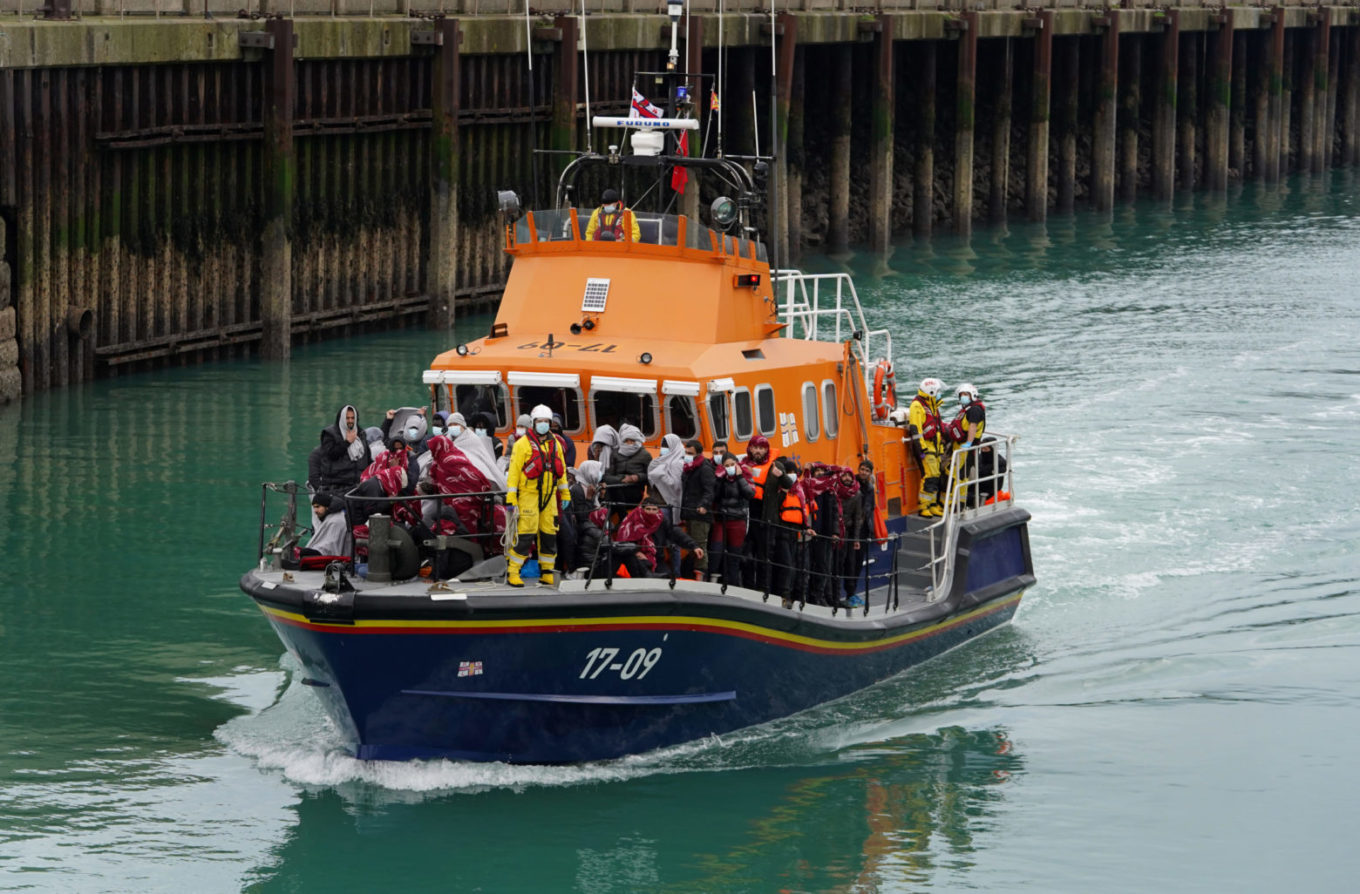 You won’t fix the asylum system by punishing refugees There’s not much that refugee advocates and the home secretary agree on, but there is one opinion that unites us: our asylum system is broken.

From refugees crossing the Channel in flimsy boats, to a mass covid outbreak at a bleak army camp where refugees are crammed cheek by jowl, to people waiting years for a decision on their claim, to a mental health epidemic among people in the asylum system. We agree, it’s broken.

But that’s the boundary of our common ground. What has caused the crisis in the system, and therefore how we fix it, sits way beyond this boundary.

The home secretary – like home secretaries before her – blames refugees for these crises. For instance, in October she made the ludicrous claim that refugees risk their lives to cross the Channel because they want to live in a hotel. No mention at all that her failure to provide more routes to safety means people looking to claim asylum here have little choice but to pay smugglers.

She and her predecessors know that scapegoating refugees plays well with some voters. But pointing the finger at people rather than the system is why these crises never get solved.

Imagine if the government blamed school children for the increase in class sizes, then declared the only way to fix ballooning class sizes is a new law to stop children leaving their home. This is how subsequent home secretaries have dealt with the refugee protection system.

We are rutted in a downward spiral that follows a predictable path: there’s a “crisis” caused by the system, refugees are scapegoated, we get some terrible policy that targets refugees rather than fixes the system, the system gets worse, the lives of refugees become more intolerable, and we’re back to another “crisis”.

Our current position on the downward spiral is the “terrible policy” stage, which has taken the form of the government’s anti-refugee bill. The bill will be back for its third reading in the Commons, possibly as early as next week, before it heads to the Lords.

With the system in its current state, this ought to be a time for the government to draft a sensible plan to fix it. Instead, they have legislated to wage war on refugees.

Instead of offering the safety guaranteed to them under the Refugee Convention, the government wants to criminalise, detain, warehouse, offshore, push back and deny protection.

What’s lacking among decision-makers is any sort of understanding and knowledge about the people in the asylum system – the trauma they have fled, why they have come to the UK, their experiences while they await a decision on their claim – which is caused by a near-total refusal to listen to them.

When Priti Patel launched the consultation into her New Plan for Immigration – the precursor to the bill – in March, there was no attempt to engage pro-actively and meaningfully with people who have lived experience of the asylum system. That’s because there was no intention to create a system that protected them.

Worse, by failing to connect with people in the asylum system, the home secretary has ignored one of the key recommendations made by Wendy Williams in her scathing 2018 review of the Home Office following the Windrush Scandal.

In her report, Williams wrote: “[The Home Office] should take steps to understand the groups and communities that its policies affect through improved engagement, social research, and by involving service users in designing its services.”

This didn’t happen with Windrush, and it’s not happening with the asylum system.

For a Refugee Action report, released today, we listened to the voices of dozens of people who have lived experience of the asylum system, to find out what they think of the anti-refugee bill and their hopes for a fairer system.

What was most palpable was the sense that people felt they were under attack simply for doing what they have had the right to do for more than 70 years – to ask the UK for protection.

One person said: “I was hoping for a human approach when I claimed asylum. I am so disappointed… the worst thing that makes me very sad is that they are trying to criminalise me.” Another added: “The environment of terror [in the asylum system] was nothing that I expected.”

It’s clear from the bill before parliament that ministers have not listened to these voices. Nor have they listened to the 75% of public responses to the home secretary’s consultation that rejected her plans. Nor are they listening to the three in five voters Refugee Action polling suggests oppose proposals to treat refugees differently depending on how they arrive on our shores.

In response to the Windrush review, the home secretary said that she wanted to see the face behind the case. If she had any desire to see the faces of the people stuck in our asylum system, she’d scrap her cruel anti-refugee bill and build a system that’s compassionate, just and effective.