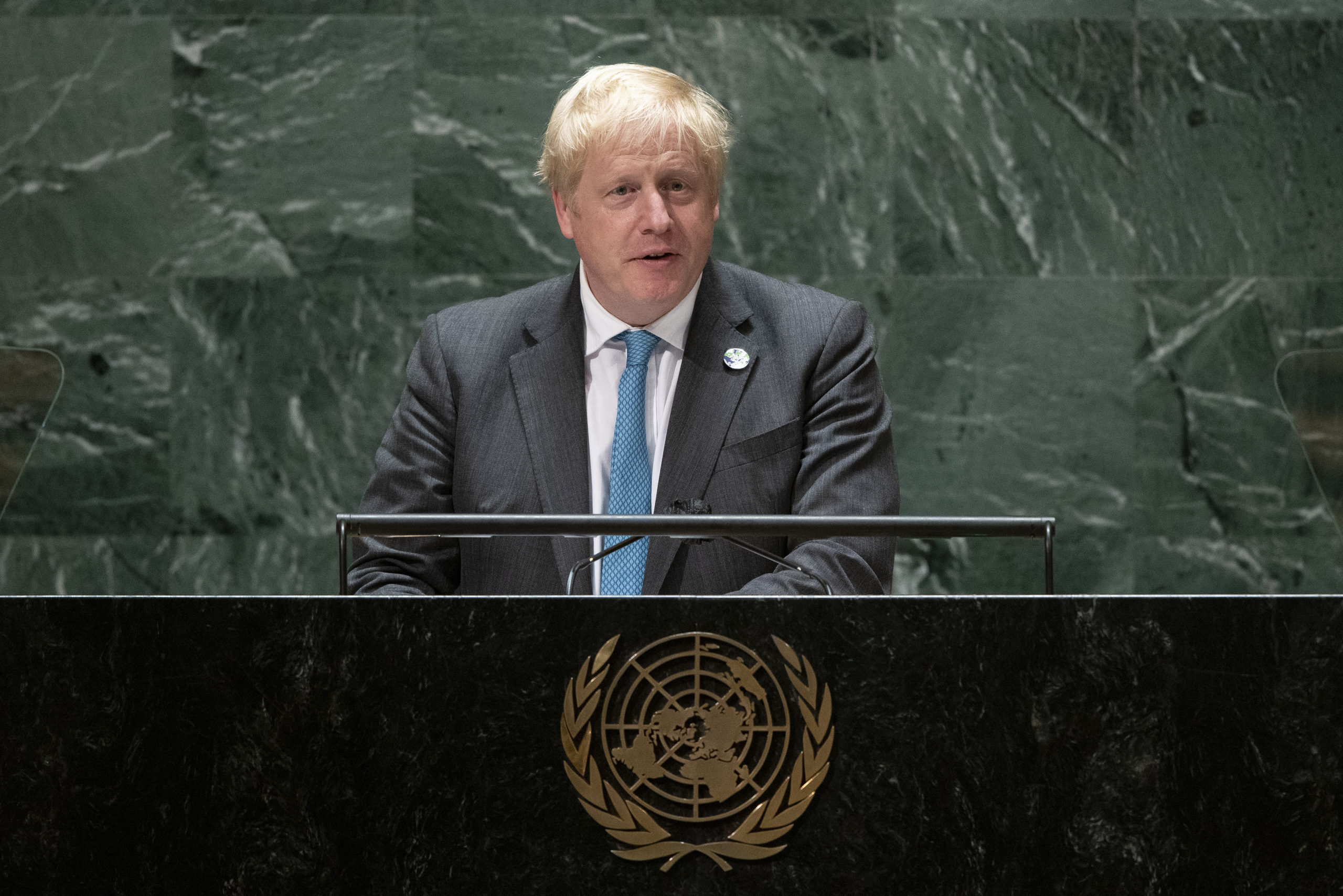 Ahead of COP26, Johnson has sent out the right message to the world

Boris Johnson is right that we must manage expectations, but also to use the opportunity to tout Britain’s green business credentials

With just weeks to go before the COP26 summit in Glasgow, the prime minister couldn’t have articulated better how the world should be thinking about climate change. His choice of the phrase a “turning point for humanity” reminds us that we are at a critical junction – if we fail to act now, it may be too late.

This is a message we have all heard before, but it was refreshing to hear Johnson offer constructive solutions as to how we can act now, rather than remind us of our failures to act in the past. He is correct to point out that developed and developing countries must not be expected to tackle climate change in the same way, but that they can and must work together for the common benefit of the planet.

By taking this approach, the prime minister made good of the opportunity to reiterate the UK’s commitment to a sustainable global future as well as cement its credentials as a leader in green business. He was right to do so.

Now that we have left the European Union, Brexit Britain has a unique opportunity to be a leader in green innovation. This month’s award of a £23 million grant to green companies as part of a government research and development competition demonstrates that our government believes in helping green companies innovate and blossom – something which will help our economy in its post-pandemic recovery, and could strengthen economic ties with markets around the world.

What Johnson was smart to do, was use the United Nations summit – arguably the most important forum on the international stage – to simultaneously demonstrate the UK’s commitment to combating climate change whilst promoting its economy and strength in green industry.

As a strategic investor in green projects, as well as a charitable donor to many conservation and environmentally friendly initiatives around the world, I am fully onboard with the prime minister’s position. Though it’s clear that the burden of climate action lies with all nations, particularly larger countries such as China and Brazil, Johnson was right to declare that the UK must take a leadership role among other developed countries in helping developing nations to move beyond hydrocarbon technology.

As he correctly pointed out, fossil fuel emissions started with us, as a result of the first sustained Industrial Revolution, making it both our responsibility and our opportunity to help other countries move towards a more sustainable future.

There are many who see a commitment to a green agenda as corrosive to the long-term success of British businesses and the UK economy. However, this couldn’t be further from the truth. Commitment to green initiatives, if done in the correct way, has the potential to become – in the words of the prime minister – a second sustained Industrial Revolution.

This is because the countries which will become our largest trading partners are the ones which badly need green technology. The prime minister cited ending coal power, shifting to electric vehicles and halting deforestation as methods countries could take to move beyond hydrocarbon technology. We demonstrate leadership in all three.

Just yesterday, we learned that Ford is weighing up building electric transmissions into its Halewood plant which would be a huge step forward for the British automotive industry.  Alok Sharma has articulated that we must consign coal power to history, citing our launch of the COP26 Energy Transition Council and Rapid Response Facility as evidence that the UK is well placed to help all countries move beyond coal power.

We are also taking bold measures to curb deforestation, by holding our companies and investors accountable for projects which fall below minimum standards of ESG (Environmental, social and corporate governance). As many British companies have international supply chains which indirectly contribute to deforestation, taking this approach is a sensible way we can ensure we send the right message at home and effect positive change overseas.

There are many other examples of Britain’s leadership in the green industrial revolution. One is an initiative I sponsor, a simple concept – reduce the environmental harm posed by non-operational open-cast coal mines by planting forests on them. Abandoned coal mines are notorious emitters of methane, which has 28 times more warming potential than carbon dioxide according to the United States Environmental Protection Agency.

The prime minister has set out how the UK will be among the first signatories of the Global Methane Pledge, a US-EU initiative to reduce global methane emissions by 30% by 2030. Reforestation of abandoned mines is just one way to do this, and is something which can be replicated in many countries across the world.

In Brazil, where the prime minister called for a global process of reforestation, there are countless abandoned mines which could benefit from a similar process. With so many leading UK businesses promoting techniques such as rewilding and tree planting, there is much that can be exported to other countries by way of technology and education to help them meet their own emissions targets.

Johnson is right to manage expectations about the global fight against climate change, but he is also right to emphasise that the UK can, and should, play a pivotal role towards tackling it, and that our economy only stands to benefit as a result.

The author is a British investor and philanthropist, founder of the Nick Maughan Foundation, a charity which works to further a range of environmental initiatives.