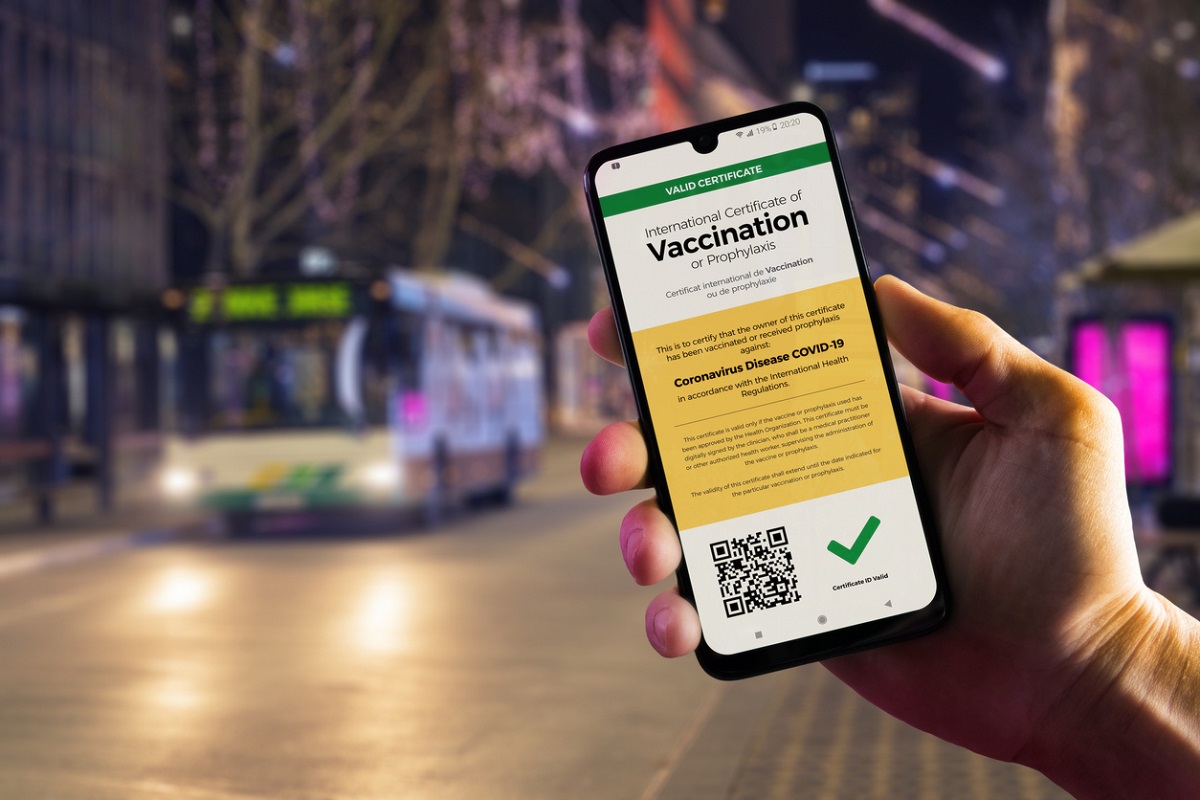 It seems increasingly clear that vaccine certificates are about to be introduced. Ministers have denied it, of course. In December, Cabinet Office minister Michael Gove said “that’s not being planned”. In January, health secretary Matt Hancock said: “We are not a papers-carrying country.” In February, vaccines minister Nadhim Zahawi said they would be “discriminatory” and the government had “no plans” to introduce them.

But the money told a different story. While ministers were insisting they had no plans to introduce them, eight separate pilot schemes were being funded to test them. Filings seen by the Telegraph revealed grants to develop the scheme, worth a total £450,000, on key aspects needed to get it up-and-running: verification and storage of digital certificates, facial recognition technology, proof of ‘covid credentials’, apps, accreditation platforms for large events. Meanwhile, the government is running a consultation on the proposals.

This morning, the Guardian reported that Gove held a “charm offensive” with MPs, trying to get their support for the scheme. They included lockdown sceptics like Mark Harper and Steve Baker, ID cards opponent David Davis, and Labour MPs like Hilary Benn and John Spellar. It looks like the project might find its way into the Queen’s Speech.

For many people, vaccine certificates will be met with a shrug of the shoulders. Sure – why not? It ensures people are safe before they go to the pub. It seems sensible.

In fact, they could constitute one of the most fundamental alterations between the individual’s relationship with the state in the modern period. If followed to their natural conclusion, they would be far more radical and far-reaching than Tony Blair’s plans for ID cards. The scheme would hand government and private companies our intimate medical information and threaten to make that intrusion a precondition of participation in civic life.

The idea of vaccine certificates works through a kind of drip feed of escalated interference. Most people can accept the idea of vaccine passports to go visit another country. After all, most countries we’d go to on holiday already require a false covid test to enter. And we anyway need passports in general – we’re used to the notion that if you choose to go on holiday there’s a sense of bureaucracy that comes with that.

It’s another matter to need a vaccine certificate to go to the pub. Pubs are the centre of social life for many people in this country, and in some cases the centre of community life too. And what happens if it’s not just the pub? What if every establishment asked for them – every restaurant, cafe, supermarket, fast food outlet, cinema, theatre and concert hall? Those without a certificate would now be frozen out of socialising and entertainment altogether.

What about employment? We might accept that health or social care workers would require a vaccine certificate. But what if all employers did? What if a vaccine passport became a precondition of work? To refuse the vaccine would be to freeze yourself out of work, play or travel: social and professional death. It would be voluntary in theory, compulsory in practice.

This would be an ID card – there’s no other word for it – almost certainly linked to your NHS number. It would allow private companies whose services you use – airlines, restaurants, shopping centres, your bank – access to your private medical data. And it would give your employer that data too.

If this helped defeat coronavirus, we might tolerate it. After all, we’ve accepted greater intrusions on our freedom than this – namely being locked in our homes for the better part of a year. But unlike lockdown, the covid certificate would not necessarily disappear once the pandemic is over. Governments don’t typically give up this kind of power once they have it.

It’s far more likely that it would be linked to other sorts of data beyond health. The government currently wants to make photo ID mandatory for all UK-wide and English elections from 2023. This is despite the fact that there is absolutely no need for it – there was just one conviction for fraud of this sort in the UK in 2019. Vaccine certificates provide the vehicle: you just expand the health dataset into a voting entitlement dataset. From there, the argument for expanding the dataset to benefits, tax status, police enforcement and other areas becomes obvious.

It won’t require an ID card, or even an app. The allocation of funding to facial recognition technology means you could be scanned wherever you went as a precondition for entry. Your face would become a barcode for government and the private sector: a walking dataset which can be accessed by all sorts of people to see your personal information, without which you would not be able to function in society.

That all sounds alarmist. It certainly would not be introduced in this way. But the pathway from allowing pubs to demand a vaccine certificate to this state of affairs is perfectly clear and logical. The funding projects point to the use of precisely this type of technology. Before you take one step down a road, you should look at the map to see its likely destination.

There is no basis to believe the certificates would have an effect on covid. We don’t know yet how long vaccine immunity lasts. Usually, vaccines take ten to 15 years to develop. Covid vaccines took one, so we simply haven’t been able to follow up with people for a sufficient period of time to know. If it turns out to be a short period, the certificates won’t be a reliable test of immunity or infectiousness.

We also don’t know how effectively vaccines prevent onward transmission of the virus. The initial findings are positive, but not conclusive. It’s still too early. So the certificates do not even guarantee that the person would not infect people in whichever establishment they were trying to enter.

Why would we be spending all this money, and fundamentally altering the basis of civic life in this country, on the basis of a scientific hypothesis that we cannot even demonstrate?

The obvious response is that certificates will convince those who are hesitant about the vaccine to take it. But this fundamentally misunderstands vaccine hesitancy. Many people have legitimate and reasonable concerns about the vaccine – for instance, about the speed of authorisation – which should be addressed respectfully.

It’s common for those who are unsure about the vaccine to believe that it is a way to control people – the product of a political system and society which has treated them badly in the past and wants to do so again. This is thought to be one of the reasons that there is a higher degree of hesitancy among ethnic minorities. It’s why, for instance, today’s Lenny Henry-led government intervention aimed at black Britons features the line: “We know change needs to happen and that it’s hard to trust some institutions and authorities.”

Forcing people who feel this way to take the vaccine by threatening to freeze them out of civic life is precisely the wrong approach. Linking the vaccine to a database, open to government and private companies, seems tailor-made to increase their suspicions rather than alleviate them.

Those who refuse will be disproportionately ethnic minorities and young people. So the ensuing system would consequently be much more discriminatory and unjust than a plain old ID card scheme. It would create a two-tier society, in which those groups who are already most alienated are frozen out even further.

The grim irony in all this is that we already know how to combat covid. We aim for population immunity through vaccines and then we use focused public health initiatives to deal with outbreaks. That means getting test results quickly, finding who they have come into contact with and isolating them until they’ve recovered.

This requires funding and relentless focus. We need enough contact tracers on the ground to carry out this work, and financial support for those on low incomes so that they can afford to isolate rather than going into work when they feel ill.

The best way to make establishments safe is to get them properly ventilated or help them financially and legally to provide their service outside, not put our faith in a certification system which provides a false sense of security.

But instead of doing the pragmatic thing, we’ve become distracted by this disastrously authoritarian and ineffective idea. Vaccine certificates could comprise the greatest change in the relationship between the individual and government in the modern period. They do not solve the problems they are intended to address and in fact worsen the conditions upon which they operate. They distract us from the work which we actually need to do to prevent outbreaks.

They make no sense. And, in so far as they do, they are deeply pernicious. Ministers should return to the view they held a few months ago, rather than the one they seem intent on forcing through now.