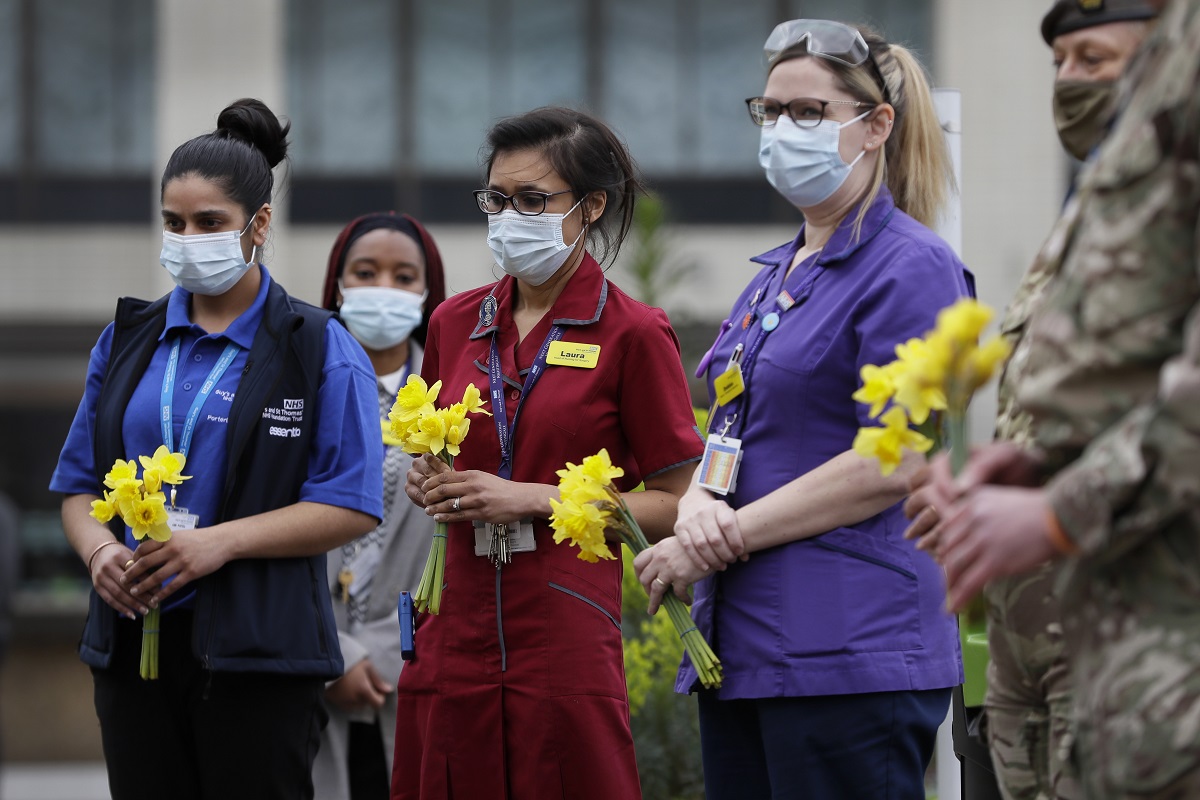 A year ago today, we lost the first of too many healthcare workers to covid as Dr Adil El Tayar and Dr Habib Zaidi passed away. Since their tragic deaths, hundreds of NHS workers have died from covid.

The full extent of the devastation that has been wrought on the NHS workforce by covid is yet to be established. Even the figure of 883 NHS staff covid deaths only records those who died between March 2020 and December 2020 and does not include the many more who have tragically died during the second wave.

We do not yet have data on some other major effects of this pandemic on the NHS workforce, such as the impact of long covid; the toll on mental health of witnessing death on an unprecedented scale; the trauma of treating colleagues and watching them die. This trauma is multiplied in those cases when, only weeks ago, those colleagues were standing shoulder-to-shoulder with us in the pandemic response.

The families of those who have died need to have answers regarding the circumstances, both ethically and legally. An inquiry is needed as soon as possible. However, the need for honesty and openness appears incompatible with recent public pronouncements, such as denials of problems with PPE. These responses seem more concerned with disingenuous denials and spinning of facts rather than a true desire to learn and not repeat mistakes in the future.

Early in the pandemic it was clear that, in the UK, those from BAME communities were at greater risk of dying from covid. Yet a report by Public Health England, published in early June 2020, on the disproportionate effects of covid on black, Asian and minority ethnic people, was criticised for leaving out submissions from third party organisations, which included claims of “structural racism”. The third party submissions were later published, in mid-June 2020, but only after an outcry from opposition parties, the Royal College of Physicians Edinburgh, the Doctors’ Association UK and the Muslim Council of Britain, among others.

One section of the report stated that “…the pandemic exposed and exacerbated longstanding inequalities affecting BAME communities. Action is needed to change the structural and societal environments. There is a legal duty and moral responsibility to reduce inequalities.” The implication of the initial attempts to withhold this information was to summarily dismiss or to attempt to spin potential systemic and structural influences that may predispose mortality.

These actions deeply affected ethnic minority families in mourning as well as the memory of the NHS co-workers who are no longer with us. The government had discarded their sacrifice, despite pressure from groups like the The Doctors’ Association UK making efforts to point out the harm of these actions .

While the government repeated the phrase “follow the science” with a religious zeal, it was striking that they ignored years of evidence with regard to health inequality in the UK. Part of the PHE report showed that the pandemic exposed and exacerbated longstanding inequalities affecting BAME communities. Some of these inequalities arise from the “hostile environment policy” that has been in place over the last decade. Research has shown the deleterious effects of this policy on health, which will have been exacerbated during the pandemic.

Sections of the BAME report stated: “Lack of trust of NHS services and healthcare treatment resulted in their reluctance to seek care in a timely basis and late presentation with disease.” Even before the coronavirus crisis, this was evident and something I had seen personally. It has now been dramatically exacerbated in the era of covid and failure to acknowledge the harmful health impacts and disenfranchisement of the hostile environment is killing people. However, to acknowledge this requires introspection and a willingness to accept responsibility for actions past. Such willingness appears distant at best.

The institutional failure to safeguard the lives of BAME NHS workers has been duplicated in both political and medical sectors. When it became clear that so many of the early healthcare worker deaths were from a BAME background, the response from NHS England was to institute mandatory risk assessments in June 2020. However, the feeling of frontline staff is that these have largely been a paper exercise with no follow through and many BAME workers feeling exploited and at risk.

More recently the strategy has evolved to include heavy spin employed to deny the problems that frontline NHS staff have faced, as demonstrated by health secretary Matt Hancock. An egregious example was his claim that “there was no national shortage of PPE”, which in a demonstration of Nixonian doublespeak seemed to hinge on the definition of “national.”

While undoubtedly a media team congratulated themselves on this insulting view of the past, we remembered cherished colleagues like Dr Peter Tun, who treated covid patients at the Royal Berkshire Hospital in Reading. He pleaded for vital PPE supplies three weeks before dying from the disease last April. Andrew Ekene Nwankwo, a nurse at Broomfield Hospital in Chelmsford, also died of covid after desperately trying to buy his own PPE online.

We are not imagining the mourning of colleagues who had treated covid patients with inadequate PPE. They are not only numbers, but people we miss deeply. This disregard for the experience of shell-shocked NHS staff to save political face is beneath contempt. March 2020 was a month of chaos, with frontline NHS staff screaming at the government that they felt like “cannon fodder” while having to work without PPE.

Politicians and their support structures do not normally have to face fatal consequences of the decisions they have made. However, in this pandemic they have been laid bare as every decision that has been made had a fatal consequence. Every £1billion spent on unusable PPE is money not spent protecting frontline staff. Every £1billion that did not result in a workable Test and Trace programme was money not spent on ensuring lower patient numbers in our overloaded hospitals over the last year. These are very real consequences that must be faced up to. Blame must not be the aim but all those who have been involved must bear responsibility for decisions that led to avoidable deaths. Running from that responsibility disrespects the memory of our colleagues that passed away and the thousands that continue to mourn for their loved ones who have died over the last year.

The time for empty talk and rhetoric is over. The tactic of hiding from the truth is not an option. After the shocking revelations of poor care at Mid Staffordshire Hospital in 2009, Robert Francis QC concluded his inquiry with the words that “there lurks within the system an institutional instinct which, under pressure, will prefer concealment, formulaic responses and avoidance of public criticism” and “an institutional culture which ascribed more weight to positive information about the service than to information capable of implying cause for concern”. Several years later he appears, sadly, to have perfectly described the attitude of the political establishment with regards to deaths from coronavirus, especially those of healthcare workers; once heroes to be applauded, yet now treated as a mere inconvenience.

Dolin Bhagawati is vice-chair of the Doctors’ Association UK.