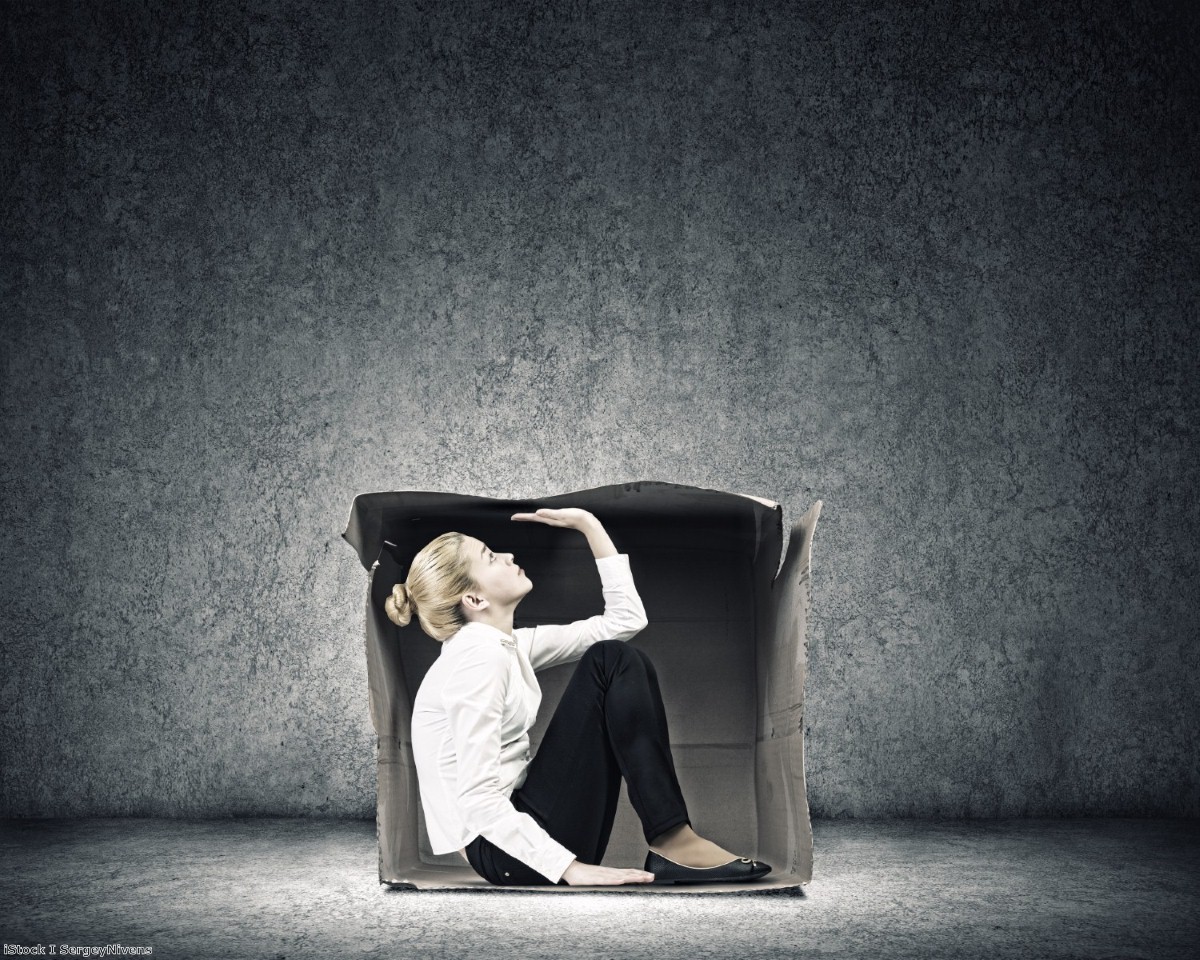 We're getting a picture of the scale of economic abuse during the covid pandemic. This refers to behaviour which limits a victim's ability to secure money, property, goods or services. Basically, it is financial control, usually perpetrated by a husband or boyfriend against their partner.

A report jointly published last week by domestic abuse charity Refuge and the Co-Operative Bank showed 16% of adults experiencing this form of domestic violence in a current or previous relationship. For 1.6 million adults – three per cent of the UK population – it started during the covid pandemic. The majority of victims and survivors are, of course, women.

The types of behaviour include refusing to allow your partner to have a bank account, controlling how your partner spends or earns income, forcing a partner into debt, or building up debt in your partner's name. In all cases, Refuge says, economic abuse reduces the victim's "ability to make their own choices and live autonomous lives".

The impact of the abuse is long-lasting. According to the report, 26% of victims had a negatively impacted credit rating and one in five are left with debt they cannot pay. Many also experience physical and sexual abuse alongside the financially controlling behaviour.

Lockdown aggravated pre-existing violent and controlling behaviour from abusive partners, as women became stranded in their homes — cut off from support networks and struggling to access help. Economic abuse then made it even harder to escape. You can't leave when you don’t have a bank account, a good credit rating, or are saddled with debt.

The risk is this trend will continue in the coming months as the coronavirus emergency worsens. The end of the furlough scheme, a rise in redundancies and the pushing of more households onto Universal Credit could provide more opportunity for abusers to financially control their partners.

And yet, at time of writing, the government is continuing with its plans to end the furlough scheme on October 31st, replacing it with the Job Support Scheme. It also plans to cut Universal Credit back to £72 a week in April 2021, having increased it by £20 per week as a response to the pandemic.

The economic choices made by the government in this healthcare and economic crisis therefore risk exacerbating an already existing crisis of male violence against women.

Of course, the responsibility for domestic abuse lies solely with the perpetrator. Lockdown doesn't cause violence and economic hardship isn't an excuse to abuse. But we still need better support for women – and indeed men – experiencing economic abuse. The government must quickly recognise how its policies risk aggravating abusive behaviour.

This isn't the first time the government has failed to address how its welfare policies could assist abusers intent on financially controlling their partners.

Universal Credit, for instance, is paid into a nominated single bank account, potentially empowering an abuser to take sole control of the family finances. Although victims of abuse can request a 'split payment', this so-called solution comes with its own dangers. If a perpetrator discovers their partner has disclosed the abuse to qualify for split payments this could exacerbate the violent behaviour. As one woman said it in 2018: "I'd get a beating if he found out I'd gone behind his back and changed the money."

We know that incidences of economic abuse have gone up since March and that for many women the financial control kicked off as a result of decreased income relating to the pandemic. We know that lockdown led to a huge surge in calls to domestic abuse support services. And we know that Universal Credit – which government ministers keep insisting is generous – can facilitate domestic abusers financially controlling their victims.

If the government wants to help victims, they need to organise a proper financial package and welfare system that will support vulnerable women, promote economic autonomy, and ultimately save lives.