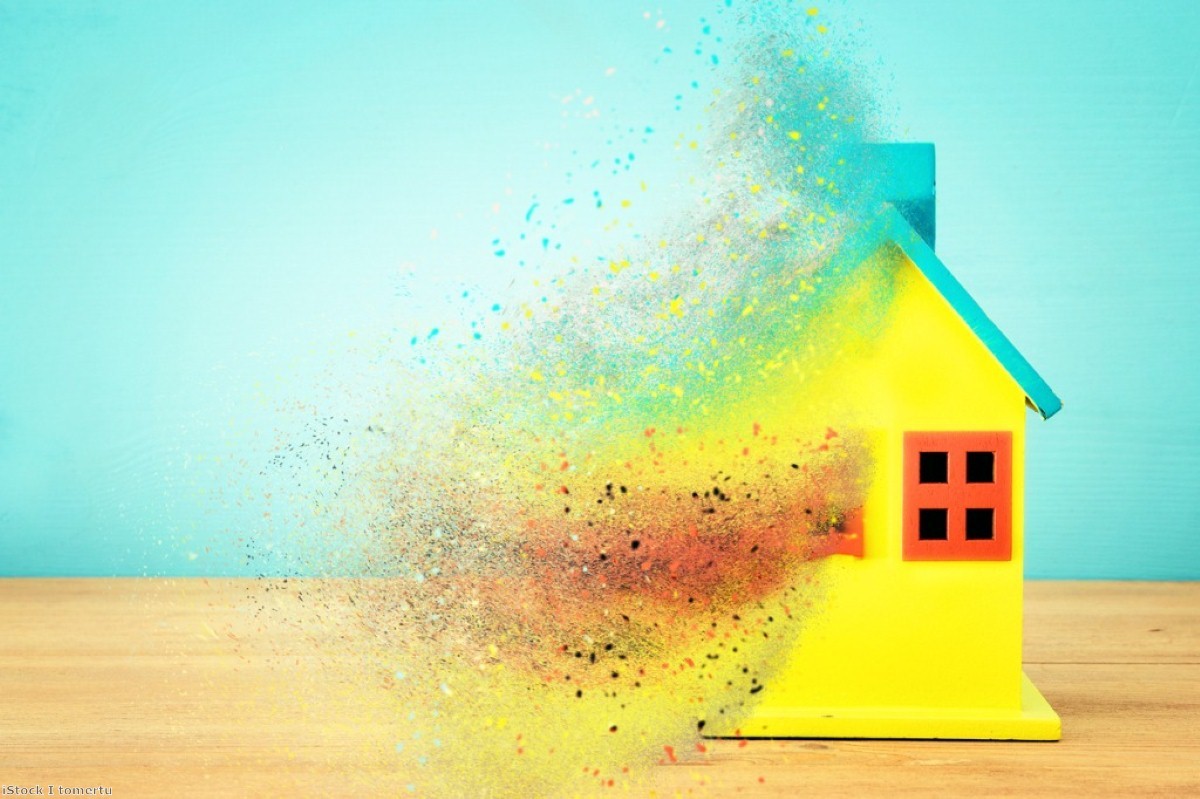 The covid housing crisis provides an ideal opportunity for reform

For a moment, it seemed as if the UK real estate sector was experiencing a boom in the weeks after the covid lockdown ended. Despite the steepest drop in GDP in the country's history, the increased demand brought about by months of inactivity in the sector led to a rise in house prices.

Now, however, prices are predicted to fall in the coming months. Government measures to stimulate the market have come to an end and the young people and first-time buyers who might have taken advantage of them are instead more disadvantaged than ever.

The brief upswing in the UK housing market initially surprised many analysts. Although the country's GDP is down by 21% quarterly – the worst out of the G7 countries and the deepest UK slump on record – house prices rose steadily from July. Following 1.8% growth that month, average prices rose again by two per cent in August – the highest monthly rise in over 15 years and enough to drive the average UK house price to a record high of just under £225,000.

One of the main reasons for this growth was pent up demand that had been building during the lockdown period. The harsh, sudden stop for most activity in the sector between March and June meant around 150,000 sales were put on hold. To further incentivise the sector and boost sales, chancellor Rishi Sunak announced a cut in stamp duty until March 2021, driving an estimated six per cent additional rise in transactions.

That backlogged demand is now petering out and the government's emergency furlough measures are coming to an end, leading to predictions that prices will drop steeply in the coming months. Research from the Centre for Economics and Business Research (CEBR) predicts property prices will be 13.8% lower in 2021 than in 2020, dousing any hopes that the housing sector might emerge from the pandemic unscathed.

That's undoubtedly bad news for the market, but surely it should be good news for prospective buyers – especially first-time buyers who have struggled to get on the property ladder.

Unfortunately, the fall in house prices will not make homes any more affordable if covid continues to affect the economy over the next year. Further GDP drops will mean a decline in incomes, together with rising unemployment which is likely to offset house price drops. This will have a greater effect on young people, as well as those in lower income sectors who are most at risk of economic hardship once the furlough scheme ends.

While these groups are most in need of assistance when it comes to buying a home, the pandemic response from the UK's big mortgage lenders has been to put stricter rules in place. Lloyds, Barclays, HSBC, NatWest, Santander, and TSB are among the banks who have put a hold on mortgage loans to customers who have saved a deposit of less than ten per cent. Some lenders are now even asking for a minimum of 15% deposit.

This has disproportionately affected young would-be buyers who often struggle to come up with such large deposits, leaving wealthier buyers – and those whose parents can chip in – free to benefit from the stamp duty holiday.

Lost among the headlines on rising prices, there are also the thousands of first-time buyers who lost tens of thousands of pounds they had already saved up, and could ill-afford to lose, when their purchases were derailed by the pandemic.

In a study by Butterfield Mortgages, around 30% of buyers reported losing their exchange deposit – the non-refundable deposit that provides security to the seller once the sale has been agreed – due to mortgage lenders turning down loans at the eleventh hour. This equates to an average of around £23,000 per buyer.

All of this is serving to exacerbate the steady decline in the number of first time buyers and percentage of young people owning their own home since the late 1980s. New mortgage restrictions, coupled with the decline in affordable new homes being built, mean that many people's hopes of getting on the property ladder could be buried for good.

Buying a home in many areas, especially in London, where there has been a 62% decline in affordable housing, was already tough. The effects of the pandemic threaten to make it near impossible – especially if covid continues into 2021 and beyond.

All of these factors make it a ripe time for an overhaul of the housing sector, especially in England. Both the Tories and Labour have talked up various schemes to encourage homebuilding over the past several election cycles, but the political system as a whole has failed to reckon with what has long been a systemic crisis. What is really needed is a sustainable cross-party plan for affordable homes to redress these imbalances over the coming decades. Scotland, for example, has demonstrated a commitment over successive governments to providing social housing, even if a rapidly growing population has nonetheless been causing demand to outstrip supply.

Covid has provided a reminder of the impact housing has on our health. Even before the pandemic, problems such as poor quality housing and overcrowded households were costing the NHS as much as £1.4 billion each year. Now, with people forced to spend more time at home due to lockdown measures and finding it increasingly difficult to afford the costs of a move, poor housing is likely to have an even worse effect on health.

As it deliberates how to navigate the difficult winter months ahead, the government will have to find a way to support both those already impacted and the many more who will suffer financially if a second wave forces the housing sector back into lockdown. Tax holidays may be an effective short-term stimulant, but what the country really needs in the long-term is more housing – along with more help to keep these homes affordable for current and future generations.

Gary Buswell is a freelance writer based in London. He is a regular contributor to Expatica and has also written for various websites including The Metro, Eurasia Review, Fair Observer and Geopolitical Monitor.