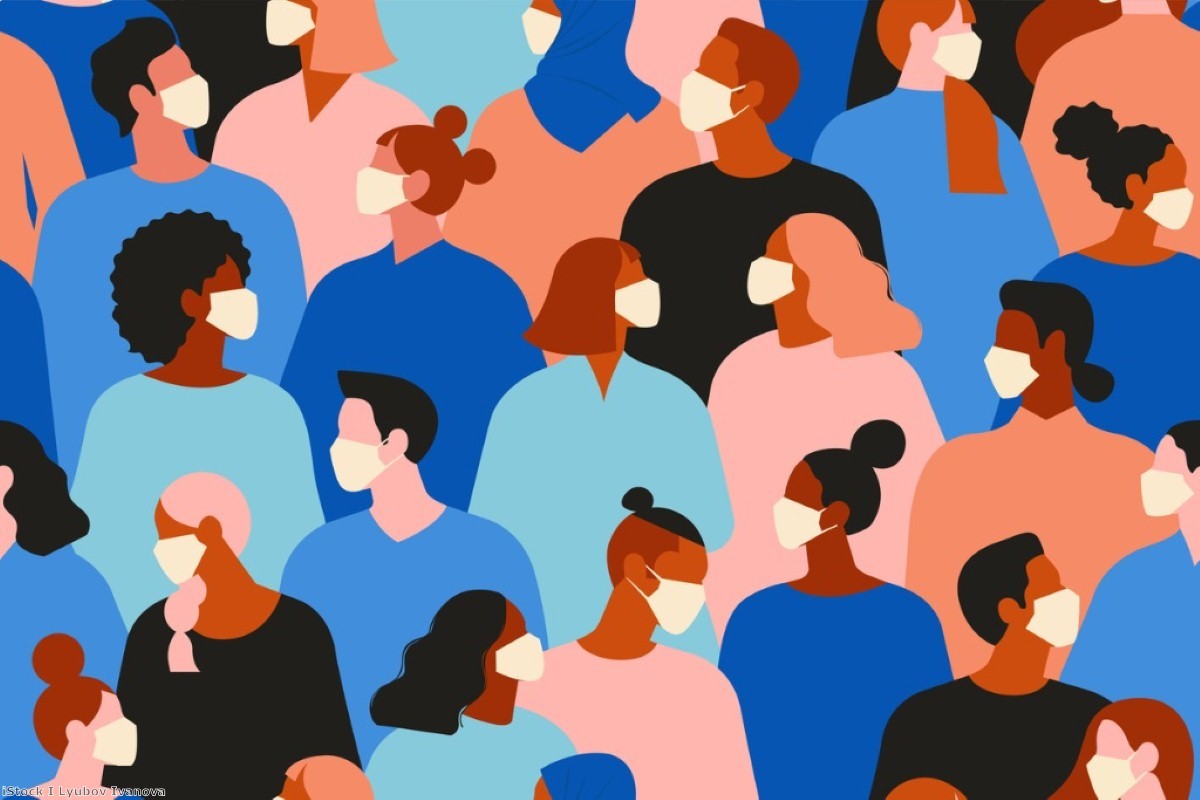 What is the point of laws? Seriously. It seems a ridiculous question until you actually ask it. Obviously laws are there to protect people and promote public welfare. They uphold standards of behaviour which enable stability and good governance. They delimit a common set of fair, reasonable and proportionate rules which can be duly enforced with public consent. Except when they don’t.

The new coronavirus restrictions for England, published – in all seriousness – 20 minutes before they became law, invent an entirely new crime: mingling. The provisions forbid people at gatherings from “mingling with any person who is participating in the gathering but is not a member of the same qualifying group as them”.

If this seems unclear, you are not alone. The government itself does not understand the new law. When Priti Patel went on Radio 4 to explain it, she declared that two families stopping to chat on the way to the park was “absolutely mingling” and therefore, quite literally, now a crime. This was not just absolutism. Farcically, it also appeared to be incorrect. As the barrister Adam Wagner explained, the mingling law relates to people already at a gathering, not those who accidentally encounter each other when not at one. It was no doubt unreasonable to expect the author of the legislation to know what it actually was.

But of course the home secretary’s confusion simply reinforced how absurd the law was to begin with. Nobody has made it clear why any form of mingling should be illegal. Social interaction has been one of the lifelines of this crisis, and it is not apparent why socially distanced people are made safer by ignoring one another instead of engaging in some conversation.

But mingling is only one element of the stupidity. For months we have known that it is much safer to be outdoors than indoors. And yet, under the Rule of Six, they are to be treated as equally dangerous. A park, unlike a living room, can safely host hundreds of people. Now, for some reason, it is illegal to know more than five of them.

Then there is the arbitrariness of including children and even babies in the Rule of Six – something which doesn’t apply in Scotland. That blocks many families from legally meeting even one other person. Meanwhile, the government makes exceptions for grouse-shooting parties. But of course it’s not just the cruelty or hypocrisy, but also the directly contradictory policy-making. The government has effectively bribed people to eat in restaurants and forced them back to offices, but if you’re a couple with three kids and a new baby you can’t chat in the park with another human being. We shouldn’t expect laws to be perfect, but should expect a basic glimmer of consistency.

We recognise there must be anomalies, because some situations will require either blanket restrictions or exceptions. For this reason we will wear a face covering on an empty train but not in a crowded pub. The alternative would be to let the entire hospitality industry sink. But this implicit admission of conflicting interests, and the need for sensible judgement, must apply to other areas too. We know that the law cannot anticipate and police every specific nuance of an activity or encounter, and that’s why it shouldn’t try to.

The key here is clarity. Of course people need to know what they are advised – and allowed – to do. But that means not making unenforceable or preposterous laws.

It’s not just helpful for the government to take people with it: it’s absolutely essential. We do not exist to serve laws, laws exist to serve us. If a new rule is met with outright incredulity, laughter or contempt, people will not follow it. That makes the law useless and the people enforcing it ridiculous. But it’s also highly damaging. The full rejection of pragmatism and exposure of stupidity compromises the foundations of a legal system. When people lose respect for individual laws, others may follow.

And yet this is not just about principle. It’s about a real and impending crisis. As we inch closer to a second wave, everything – literally – depends on public goodwill. The government needs the public to understand and obey the rules. It needs them to self-isolate. It needs them, apparently, to denounce their neighbours.

But in return the people need something too: confidence. They need to trust the laws and trust the government is doing all it can. They need to know ministers are looking out for public health and the NHS, not special interests and polling data. Most pressingly of all, they need the reassurance of testing as soon as they develop symptoms, so they can get on with their lives quickly and protect those around them. The government is failing on every single count.

But, of course, the government has shown us that we don’t especially need to follow these laws anyway. Whether it’s eye tests in Barnard Castle or breaches of the Northern Ireland Protocol, Downing Street has set the example and the public will presumably follow it. Doubtless, when the second wave hits, it will be easy to lay the blame at people illegally mingling. Perhaps we will even forget Boris Johnson’s promise, back in March, that we would “curb the tide within 12 weeks” and “send coronavirus packing”.

The government’s total, ongoing, shambling chaos has not only threatened to compromise public goodwill but to eliminate it altogether. Of course, these new rules are an effort to protect the population. But they are also an effort to protect Downing Street’s power. It is easy to identify the purpose of laws. It is much harder to identify the purpose of the government.

Jonathan Lis is deputy director of the pro-EU think tank British Influence and a political writer and commentator. You can follow him on Twitter here.