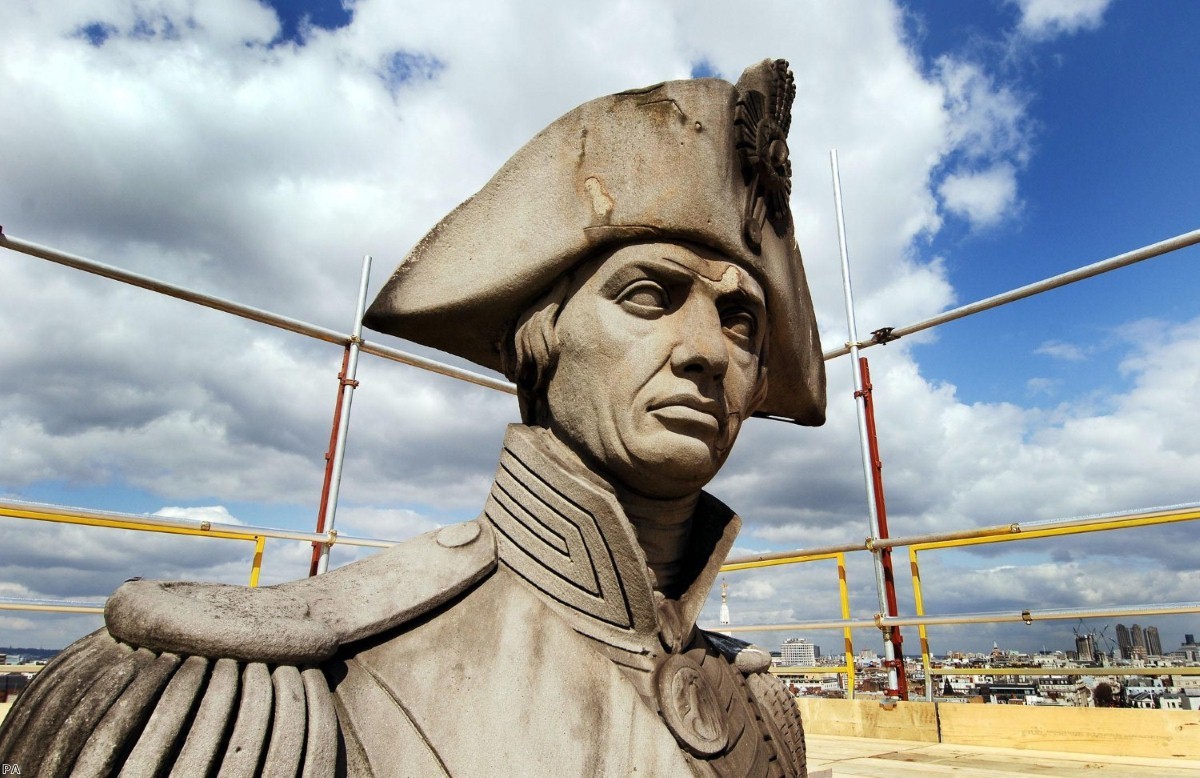 "There is nothing in this world as invisible as a monument," Robert Musil said in the 1920s. They were "impregnated with something that repels attention." Even the largest ones in city squares get noticed no more than nearby trees do. Tourists and weary shoppers are more likely to use their pedestals to sit on while eating their sandwiches than to look up at them and wonder who they represent.

Our indifference is a response, or non-response, to their anachronistic quality: while the figures on these monuments don't move, the city, its people and its advertisements, its shop windows and its traffic, is a kaleidoscope of constantly changing shapes and colours. It is these that the urban gaze is drawn to. Musil wondered whether the sculptors ought to try a bit harder, to keep up with the times by having their creations tap their fingers or wink instead of reducing these men of action to the status of "melancholics in mental hospitals".

You could say that the current discussion of notable public statues has rather blown a hole in Musil's thesis, not so much because these figures have suddenly become the object of a collective campaigning gaze, but because the daily urban experience of some people has for decades not been one of indifference at all, but of having felt traduced by walking past and being gazed at by these bronze reminders.

Against that – and this is our current dilemma – a majority may not have felt so traduced, not because they have been constantly looking up and thinking 'he's my man', but nor quite because of the indifference of which Musil speaks. At a more reflective level of indifference, these statues, erected at different times and for a variety of reasons, are part of the urban furniture, giving the city its historical depth just as its buildings do.  They are part of the accumulated historical record of how we came to be where we are.

While our opinions about any of the people depicted vary, just as our political beliefs vary, the statue may draw our attention not to values but to matters of public significance. This is why Charles I and Oliver Cromwell, Churchill and Gandhi, Earl Haig and Martin Luther King can all be found within the same square mile in Westminster. They were put up because a particular group of people thought them worthy of praise, and some who put the statue of one figure here will disagree with those who put that of another there, just as the various poets in Westminster Abbey warrant their place regardless of the difference between them.

Edward Colston in Bristol was not part of such a mixed ensemble. The place he vacated was an exclusive one and few are going to campaign to have him put back.

A curious feature of his toppling is that comparisons have been made with the fall of the Saddam Hussein statues in Iraq and of the heroes of communism in Eastern Europe. Aside from the common imagery, the comparison makes no sense: in both Iraq and Eastern Europe an entire system of rule was brought down before the statues came down and the statues came down because they symbolised those regimes. This is what makes the museums of communist era sculptures in Budapest and Sofia so powerful: each artefact encapsulates the system.  The British political system by contrast has not collapsed. On the contrary, it is remarkable for its longevity, maintained not through a sacred written constitution, but through centuries of upgrading, stubborn failures to reform and the occasional revolution.

Yet precisely in line with the messiness of British political and economic history, the proposal to put Colston in a museum does make sense, especially if we say that he represent a social or cultural regime – rather than an all-encompassing one like communism – which, while it has not quite had its day, we may seek to put behind us.  In a museum the statue can be accompanied by textual and other visual material that places him in an informative history of slavery and its connection with the city of Bristol.   A similar fate might befall similar statues in other cities.

If however, as some campaigners would like, the sculpture of Colston is accompanied by those of Churchill and Gladstone and anyone who has ever benefited from slavery or expressed negative attitudes towards people of other races or ethnicities, then the museum may turn into something less useful – a more thematic and less historically nuanced museum of British racism.

After the communist monuments fell in eastern Europe, people were forced to arrive at a better sense of what in the nation's past needed to be reckoned with, and what in its traditions of thought and practice might provide it with the resources to confront the future. Poland and Hungary have shown how difficult that can be.

In 2020 the task for the UK is the ongoing one of working out where slavery and then racism figure in our history, and what weight they should be allowed or required to place on the present. Too much weight, and slavery can look both like an ineradicable burden and in extreme cases like a necessary condition for building a civilised society. Too little, and the past gets lost in an ahistorical appeal to basic principles of tolerance and pluralism.

Either way, or neither way, and as Eastern Europe since 1989 painfully reminds us, the best guides are professional historians open to nuance, not amateur ones with points to score. It is they who either put these blasted monuments up in the first place or are keenest to tear them down.