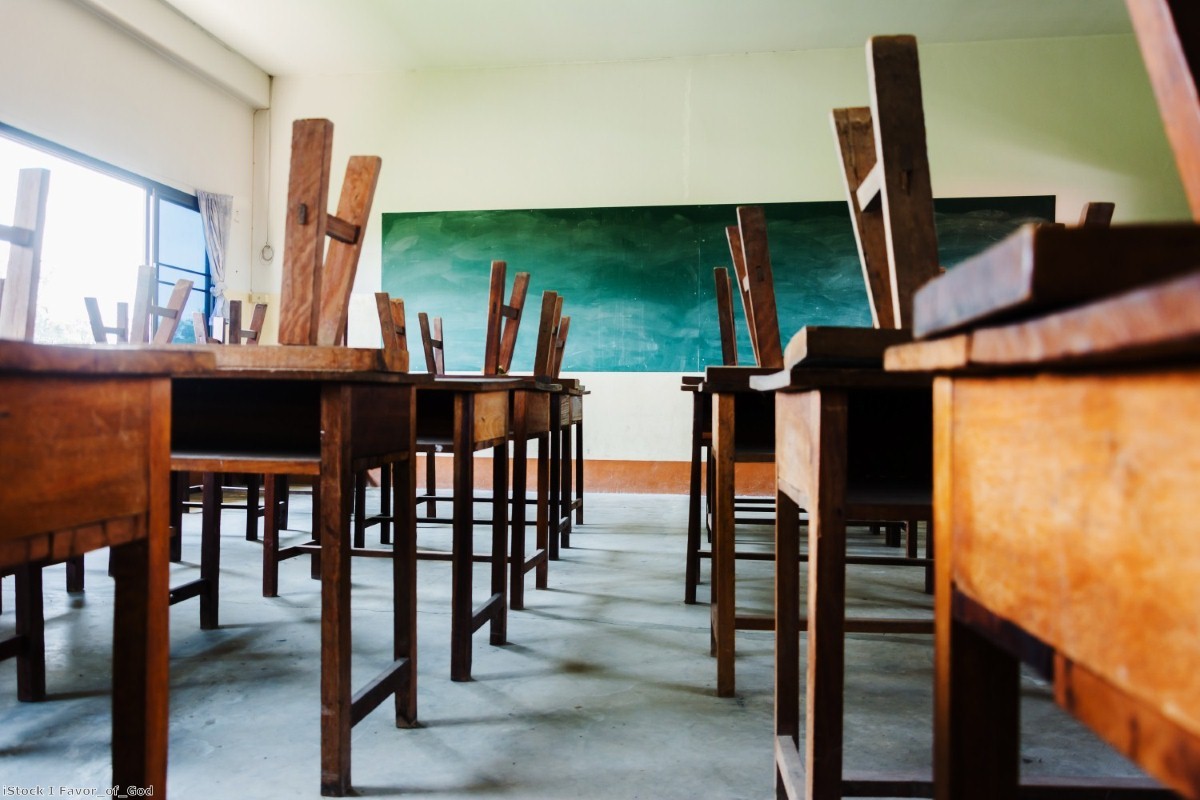 Last week's announcement that most children will not be returning to school until the autumn sparked widespread concern about the impact on pupils of nearly half a year with little or no education.

But while the effect on most children's learning is bad enough, the impact could be most severe on those with special education needs and disabilities, such as autism and attention deficit hyperactivity disorder (ADHD).

Rules rushed through by the government under the Coronavirus Act, and now extended for a second month, have left many children with special needs unsupported.

The biggest rule change concerns section 42 of the Children and Families Act. Section 42 legally requires councils and local NHS groups to secure all the provision set out in a child's Education, Health and Care Plan (EHCP), which establishes how their needs must be met.

But the government has watered this down – instead of being legally required to ensure children's needs are met, councils and NHS groups now only need use their 'reasonable endeavours' to meet them. If, after these 'reasonable endeavours', a council decides it cannot meet them – and if it can show this is because of the impact of coronavirus – these children's needs can be set aside.

The government argues that school closures, social distancing and staff absence means provision such as one-to-one tuition simply can't be met during the pandemic.

But many parents fear the impact on their children's education – and how long the new rules might last.

"In theory it affects every child with an EHCP," says Tania Tirraoro, parent and co-founder of the Special Needs Jungle website. "If you had an EHCP which said your child was entitled to one-to-one, they won't be getting it, most likely. If they had speech and language therapies, they most likely won't be getting it."

Alicia McColl has a 16-year-old son, Kian, who has autism, ADHD, dyspraxia and speech and language disorder. He has an EHCP and a council-funded place at an independent special school, who she says have been supportive during lockdown.

"I just hope that when my son goes back to school… that he does have all of the support that's in his EHCP," she says. "So far they've given remotely what they can – speech and language etc. But if he doesn't, it'll be very hard for him to go back. Because they're already changing the routine in the day, so if they don't have that support in place he'll really struggle."

Kian's EHCP includes full-time one-to-one teaching due to his speech and language issues. He is cognitively able but needs someone to interpret people's speech for him, and gets frustrated and anxious if people speak very quickly.

"They have an EHCP for a very good reason – because they need the support," says McColl. "If they're sending children back to school then they need to provide the support that's in the EHCP…. They're just going to have to find a way of doing it."

In truth, councils often failed to meet section 42 duties before the pandemic thanks to the massive underfunding of special needs education. But back then, parents could at least go to tribunal to force councils to act. Now they must take the much harder road to a judicial review.

"Most families with EHCPs don't really understand the law and they don't have the capacity to do that kind of thing," says Tirraoro.

One family is going to court, however – with the aim of forcing the government to scrap its entire policy. Amber Shaw is a 16-year-old girl from Salford with an EHCP for autism and sensory needs. Thanks to the government's rule changes, she is not currently receiving the support she needs, including speech and language therapy and support managing her anxiety.

Polly Sweeney is the lawyer bringing the case. "I think that [Shaw's family] accept that plainly there are going to be parts of her EHC plan which just aren't going to be provided at the moment," she says.

"But there are also some bits of it that clearly could be provided at the moment, and they're not receiving any support at all."

Shaw is also affected by the other major rule change brought in during the pandemic – the loosening of the strict timescales by which the different steps in the EHCP process must be completed. Until September 24th, councils only have to complete these steps as soon as 'reasonably practicable' – which could cause major problems for children switching school this autumn.

Shaw is starting college in September, and her EHCP is being updated to ensure it meets her needs when she gets there. "She's very worried there's going to be delays in her transition to college and having the right support," says Sweeney.

The grounds for the legal challenge are that there was insufficient consultation and scrutiny of the changes, and that they aren't 'appropriate and proportionate' – the test set by the Coronavirus Act.

Sweeney argues that relatively few council staff are actually off work sick, and the staff whose job is to support children with special needs haven't been redeployed to other duties, meaning the rule change was unnecessary.

Moreover, if it was actually impossible for a council to meet a particular child's needs, then under the legal principle of 'futility' the courts would not force it to do so – which, Shaw's lawyers believe, makes the emergency laws redundant.

"We've been contacted by a large number of parents who are concerned that their children are not getting the support that they need at the moment, and it's certainly influencing whether those parents are sending their children back to school," Sweeney says.

"In a number of cases, the children have experienced heightened anxiety, a deterioration in their needs, challenging behaviour – one of my clients had a real setback in his mental wellbeing, because what is often very important is consistency of programmes and of strategies and of teaching, and that has just been taken away."

Relaxing legal duties now may simply store up trouble down the road. "Some children just won't be able to go back" without their EHCP needs being met, says Tirraoro, "and some children who do go back may be at greater risk of exclusion, because they can't social-distance, or because they don't have the support that helps keep them in school. And so their behaviour will deteriorate because everything is very different."

"If you think about children, even the ones going back to school now, how's it going to affect their mental health? That's another cost in the long term," adds McColl.

The downgrade to section 42 must be renewed each month. It was introduced in time for May and was rolled over to June at the last moment. Some fear children's rights could be downgraded indefinitely.

"Longer term, what would concern me, for education and health and care, is that this becomes a new normal," says one parent of children with special needs who wished to remain anonymous. "I could honestly see this just ticking over month by month by month by month, and it will become more attractive [to the government] I think over time to leave things as they are, for a long period of time."

The Department for Education refutes this, and it is true the government did not take other even more severe steps that were open to it, such as suspending aspects of the Equalities Act.

Tirraoro, who suspects the government weakened the rules under pressure from councils, says the government might try to make the downgrade in protections permanent, "but I don't think they'll get away with it".

As it stands, children with special needs may not have them met until September at the earliest. For many parents, that's not good enough.

"We really just want the relaxation to be lifted as soon as possible," says Tirraoro, "because otherwise you're putting disabled children at a huge disadvantage."

A statement from the Department for Education said: "Our first priority remains the safety and wellbeing of vulnerable children and young people, including those with special educational needs and disabilities.

"Education settings have remained open for these children and young people, but we know that responding to this pandemic may put additional pressure on services. We thank dedicated frontline staff for their continued work to support families in these challenging circumstances.

"Children and young people with complex needs continue to have legal rights to support. Given the unprecedented situation, the precise nature of this support may need to be modified temporarily. These changes will be kept under review."