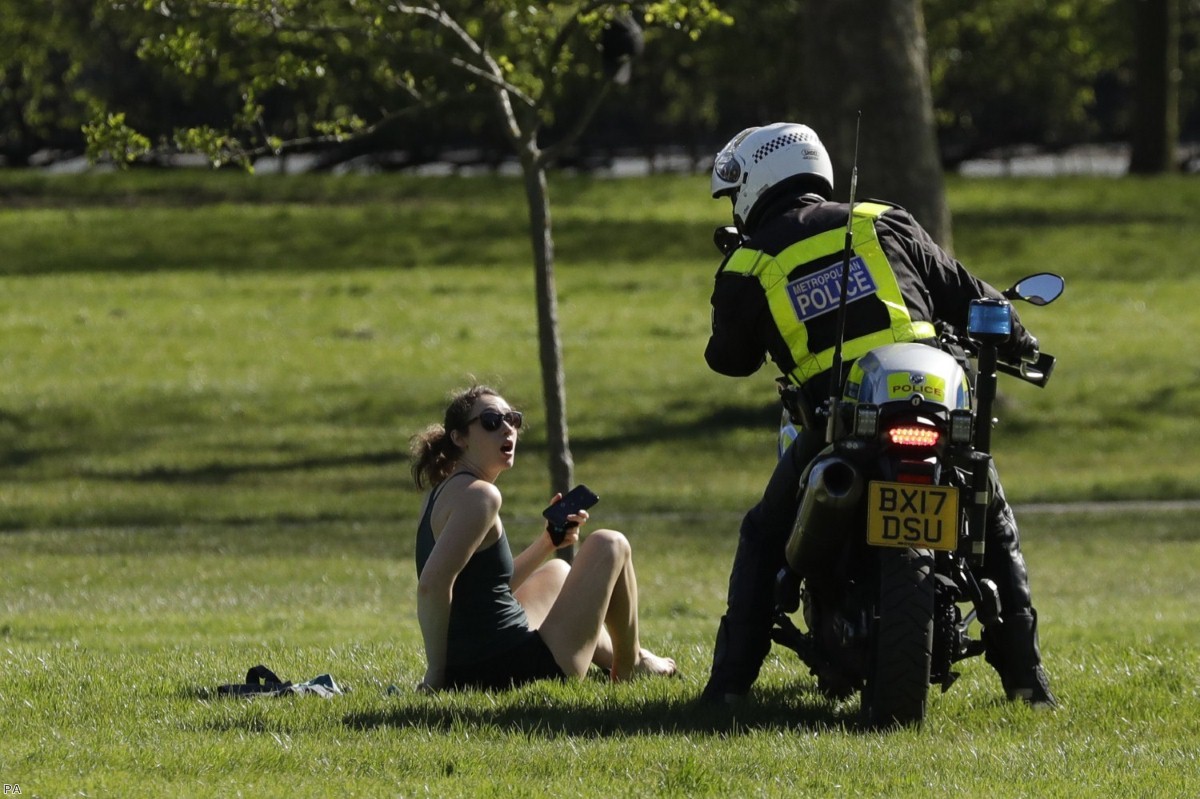 Stop shaming: This crisis calls for generosity, not denunciation

The last few weeks have been the most bewildering of our lives. The things we took for granted are now lost. The things we considered normal are now taboo. It has shown millions of people at their best: volunteering in their community, shopping for neighbours, coming together to applaud the NHS. But for all the altruism and kindness, it has revealed something else too – a profound national puritanism.

Every week brings new public enemies. First it was the dog-walkers who had driven a short distance. Social media shamed them and individuals found angry notes left on their cars. Then it was the sunbathers. They were denounced for spreading the virus and Piers Morgan called for the NHS to deny them treatment. Now it is the people who walk together in the street or stop to greet neighbours. Daily reports emerge of passers-by shouting, swearing or even calling the police. It is always absurd when people declare that East German-style communism could never have reached freedom-loving Britain. You suspect that if it ever had, a quarter of the population would have signed up as secret informants in the first month.

Then, of course, we have the police themselves. They are performing a vital role, and many have been subjected to unacceptable abuse. But a minority of officers are behaving poorly. Individual forces have talked or tweeted about checking shopping trolleys and non-essential supermarket aisles. People have been forced off park benches, as though the legislation specifies you cannot sit down while exercising. One man was arrested when attempting to deliver goods for a vulnerable neighbour. And some police have appeared to invent entirely new laws about how many householders are allowed out at any given time and how far from their homes they are permitted to travel. This behaviour not only brings individuals into close proximity with one another. In its obvious over-reach, it risks costing public trust in the police, and therefore in the regulations themselves. In short, it is not going to curb transmission of the virus.

There are two distinct things happening here. The first is a moral policing of one’s neighbours. The second is a gratuitously heavy-handed interpretation of the rules. They have numerous things in common.

There is the culture of shaming. Twitter has been flooded with footage of people daring to visit parks, which remain open, even as the vast majority observe social distancing. Various police forces, meanwhile, have boasted about their punishments and posted pictures of the offences.

Then there is the loss of proportion. Of course there are good reasons to stop people sunbathing, as it encourages others to do the same and theoretically creates crowds. But it is not itself the enemy. It is not in the same league as hosting a barbecue or a football match, and in most cases it is safer than going to the supermarket. Equally, it may not be ideal to drive a short way to take exercise, as the car might break down, but it is far safer to take exercise in an open space than on the pavement, and accidents can also happen when people stay at home and do DIY.

Third is the failure to empathise. For many people this will be the most stressful moment of their lives. They may feel lonely, claustrophobic, anxious about their health or livelihoods or those of their families. Many do not have gardens and will be suffering from their lack of personal space. Some will be in agonising or abusive relationships and need some time to themselves. And others really will need to sit down when they exercise.

But what this really amounts to is a culture of prohibition. It produces an opportunity not to enforce public health but uncompromising obedience. It focuses not on stopping the virus, but pleasure. Individuals see a ban, often subjectively interpret it, then judge others for not following it as overtly and faithfully as they are. It is as though some people are competing to see who can be the most hardline and unbending, and casting anyone less rigid as directly responsible for people’s deaths.

Of course, the most important thing is that the regulations are there for a valid reason and people should follow them. I am not advocating sunbathing. But, aside from washing one’s hands, only one thing will stop the virus: maintaining physical distancing. If people are guided by that one central rule, there is no reason why they cannot sit somewhere quietly on their own or with members of their household. If the area becomes too busy, notices should (and in some cases already do) ask people to go elsewhere. If people are endangering safety, engagement may prove more constructive than condemnation. A compulsion to judge should not trump an instinct to understand.

The problem in recent weeks is that we have focused on the rules themselves, not their purpose. Much like Brexit before it, they have become something we do because the government tells us, not because they are valuable on their own terms. This is the basic tenet of an illiberal democracy, which places people in service of the law, rather than the law in service to people.

Sitting down while exercising will not spread the virus. Nor will going for a second run. The government recognises we need to go to the shops and actually recommends we take exercise. The key is to stay safe while doing the things that we are advised or need to do.

People are trying to get by in difficult circumstances, and we should respond with generosity and pragmatism. We can stay both mentally and physically healthy if we keep our distance, wash our hands, and treat ourselves and one another with kindness. The lesson of suffering is not that everyone should suffer in solidarity. It’s that we make the most of life, safely, while we’re lucky enough to enjoy it.