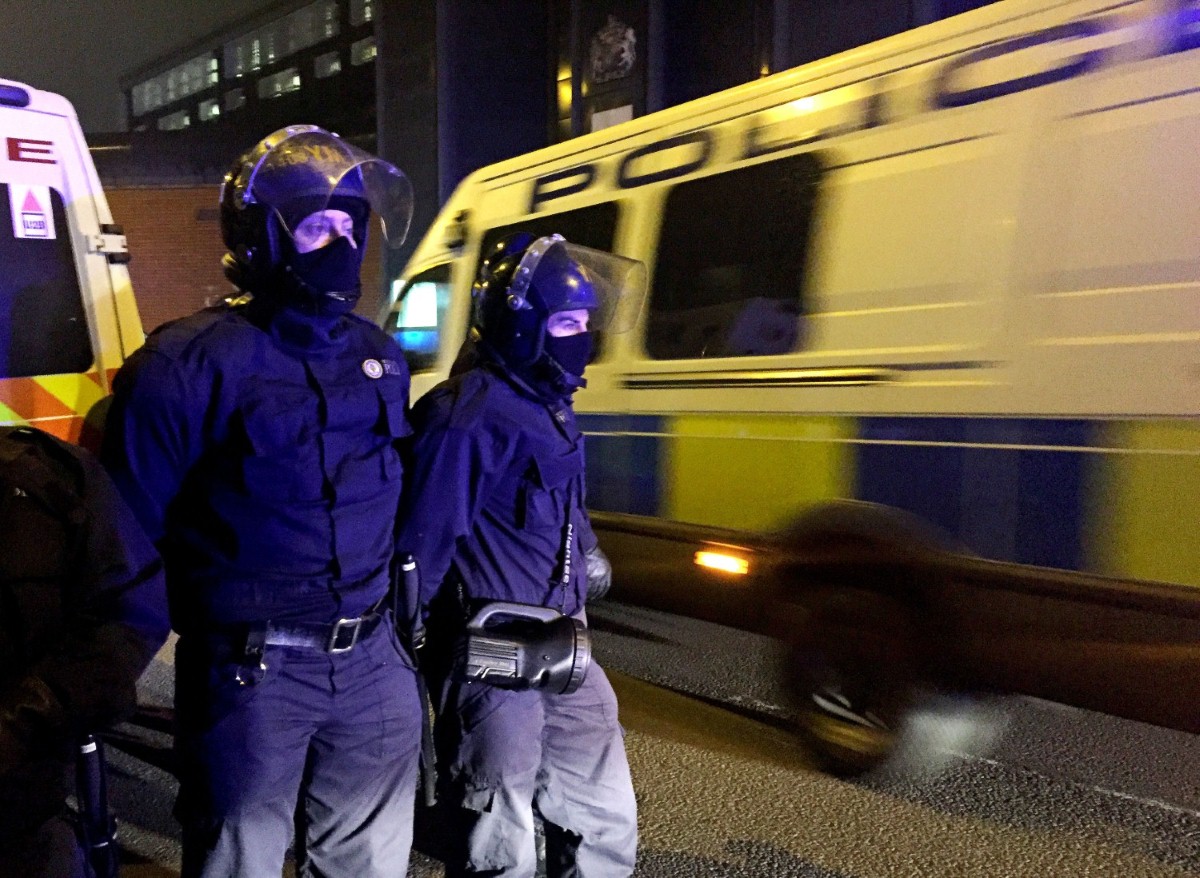 The scandal currently engulfing HMP Birmingham is a sign of a system on its knees, lacking accountability and lurching from one crisis to the next, never able to aspire to more than short-term damage control.

It was hard to tell what was most shocking yesterday. The government announcement that it would be temporarily taking the prison back into state hands from G4S? The horrors outlined by Peter Clarke, chief inspector of prisons, in his unannounced inspection of the prison this month?

The vermin, cockroaches, uncleaned blood and vomit, the violence of prisoners able to attack and assault with "near impunity", the prisoner officers asleep and locked in their offices, the inmates too scared to leave their cells, the blatant drug use going unchallenged, the general lack of control, the inexperienced staff without confidence and skills, or the cars torched in the staff car park by an organised crime gang?

Much of this is sadly unsurprising for those of us familiar with the state of crisis in our prisons.

Maybe what was most shocking was that at no point did anyone put their hands up and explain how it got to this. There was zero accountability.

This was the statement released by prisons minister Rory Stewart:

"What we have seen at Birmingham is unacceptable and it has become clear that drastic action is required to bring about the improvements we require. This 'step in' means that we can provide additional resources to the prison while insulating the taxpayer from this entails. We have good, privately-run prisons across the country and while Birmingham faces its own particular set of challenges, I am absolutely clear that it must start to live up to the standards seen elsewhere."

"HMP Birmingham is an inner-city remand prison which faces exceptional challenges including high levels of prisoner violence towards staff and fellow prisoners. The wellbeing and safety of prisoners and prison staff is our key priority and we welcome the six-month step-in and the opportunity to work with the Ministry of Justice to urgently address the issues faced at the prison."

Neither offered an explanation as to how such a dramatic deterioration has occurred at the prison, who exactly is responsible and why it has taken so long to take any action.

Clarke is in no doubt that the failings lie with both of them: government and private contractor equally. His report was strongly worded, precise and damning:

"The inertia that seems to have gripped both those monitoring the contract and delivering it on the ground has led to one of Britain's leading jails slipping into a state of crisis that is remarkable even by the low standards we have seen all too frequently in recent years. There has clearly been an abject failure of contract management and delivery. There can be little hope that matters will improve until there has been a thorough and independent assessment of how and why the contract between government and G4S has failed. For HMP Birmingham to improve, the causes of failure need to be understood and addressed as part of an honest appraisal of what has happened."

Clarke said conditions at the prison had radically deteriorated since his last inspection in early 2017, which took place shortly after a riot involving 500 inmates. Back then, inspectors had found a prison still shocked by the disturbances but which showed a "determination to improve". This month, HMP Birmingham failed all four 'healthy prison' tests – safety, respect, purposeful activity, rehabilitation and release planning. Of the 70 recommendations made as a result of the 2017 inspection, only 14 had been achieved.

But problems were simmering at the jail long before the December 2016 riot. A report into the incident, which the government had refused to make public, found:

"Staff had, over the preceding year and… the preceding few months, become worn down by chronic staffing shortages at HMP Birmingham, caused by a combination of high levels of sickness, attrition and disorganised deployment. Over this time period, they had gradually relinquished authority to the prisoners who were, in effect, policing themselves much of the time."

If the Ministry of Justice was unaware of these problems, or decided to turn a blind eye to them, who knows how many other failings are currently going left unscrutinised?

The debacle is one of a number of examples of a lack of accountability littered around the Ministry of Justice.

I recently spoke to the former chief inspector of prisons Nick Hardwick about the increase in prison suicides in 2016, once the effects of staff cuts and regime changes instigated by Chris Grayling started kicking in. "It’s absolutely clear that the deliberate rise in the prison population and the deliberate reduction in staff led to a spike in avoidable deaths," he said. "I think there’s an unrecognised scandal.

"When we talk about accountability, lots of people died needlessly as a result of policy where ministers were warmed that would be the effect of the policy. There are big issues around that and lessons need to be learnt.”

It’s tempting to frame the issues at HMP Birmingham as the failings of the private sector, but this risks detracting from the wider, systemic problems that need to be confronted.

Clearly there are concerns around G4S. In 2012, its contract to run HMP Wolds was not renewed by the government, with the prison reverting back to public control. In 2015, the company lost its contract to run Rainsbrook Secure Training Centre and, a year later, Medway Secure Training Centre. There are also serious questions around conditions at Brook House Immigration Removal Centre.

Greater debate should be had about public and private provision, beyond ideological narratives, but it is an over-simplification to blame privatisation per se.

This month, I visited Serco-run HMP Thameside to learn about the work of the offender management unit, run by charity Catch 22. Despite the many challenges – including a high turnover of prisoners on short sentences – I was impressed by the unit’s pragmatic ethos of trying to help inmates in any way possible. Peter Clarke agreed. His report on the prison noted that it had "an unusually high number of good practice points from which other establishments can learn". This is in contrast to the public sector-run HMP Liverpool, of which Mr Clarke said "conditions at the prison were the worst inspectors could ever remember".

Last week, Stewart vowed to resign as prisons minister if ten of the most struggling prisons (not including Birmingham) did not improve within a year. It is an admirable gesture, but issues of accountability run far deeper than such symbolism can touch.

We all pay the price for the myopia of those running our prison system.

Hardeep Matharu is a justice and social affairs journalist. She writes a column focusing on prisons and criminal justice for the crowdfunded journalism site Byline. You can follow her on Twitter here.