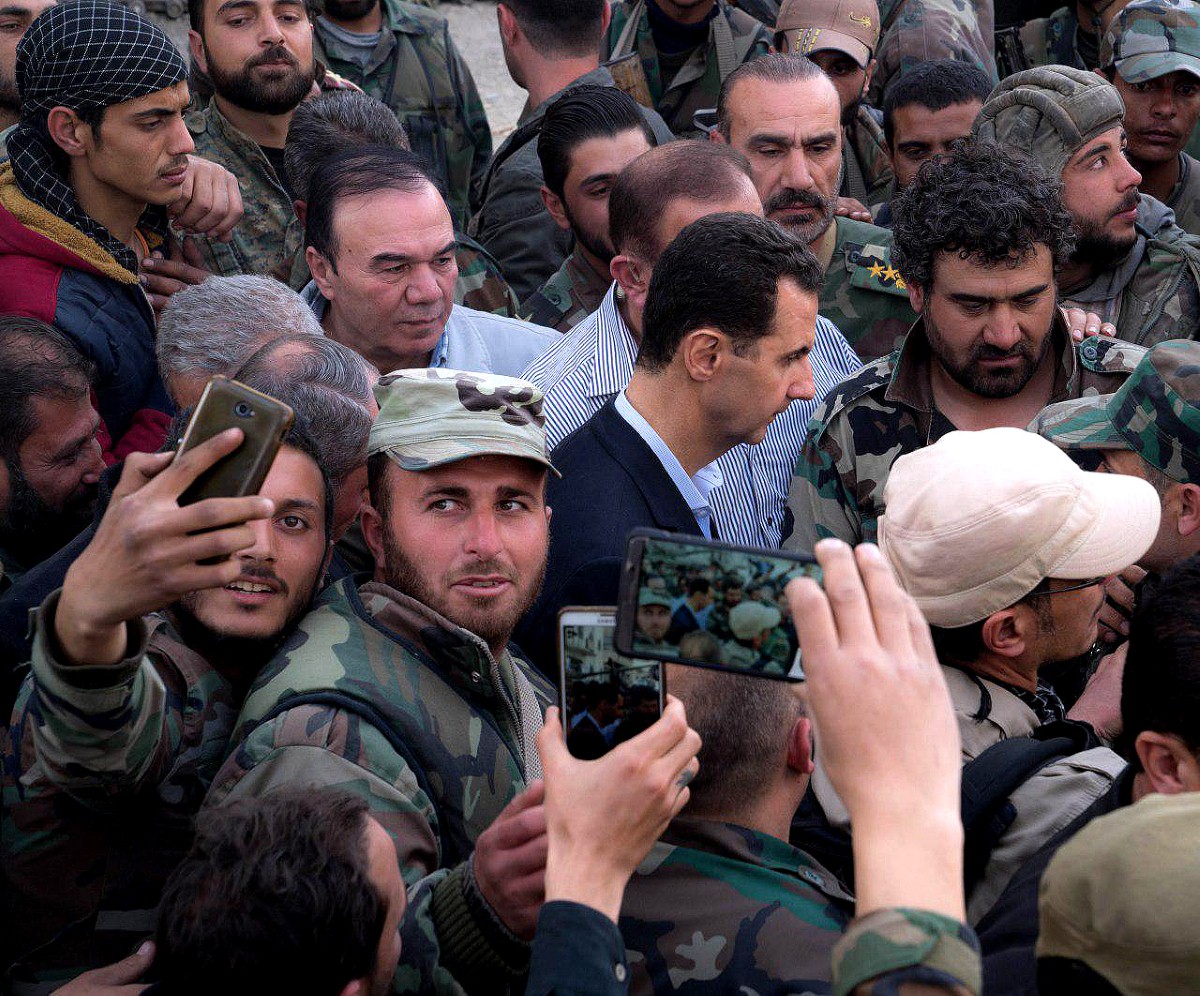 How to dismantle Assad’s chemical weapons

It is clear that the Assad regime has made a mockery of chemical weapons controls during the Syrian civil war.

The Sarin attack of 2013 killed perhaps a thousand victims. The use of chlorine has become a routine occurrence. Further attacks involving Sarin have occurred, particularly in Khan Sheikhoun last year, in direct violation of the Chemical Weapons Convention (CWC), to which Syria acceded in 2013.

It should be an axiom in modern civilisation that technology comes with responsibility. If a particular technology or sector of the economy is used to cause more harm than good, then the advantages brought by that boon should be tempered or even revoked in order to preserve the good of humanity. In the case of the modern chemical industry, the Assad regime in Syria has repeatedly and blatantly abused its privileges.

So what can be done? The official mechanisms, such as they are, involve the Organisation for the Prohibition of Chemical Weapons (OPCW) and the United Nations (UN). These mechanisms have been paralysed by Russian vetoes and procedural obstruction.  An argument can be made that bureaucratic niceties are not fit for the problem at hand – the repeated instances of chemical war crimes. More direct action is needed. But what steps would be practical and useful, rather than symbolic?

Development of new chemical weapons is not the immediate problem at hand, simply because of the time frames involved, but we can still obstruct the process. The chemical warfare development effort is done by an organisation called the Syrian Scientific Studies and Research Center (SSRC). Their efforts should be hindered. Syrian purchase of equipment such as laboratory instruments should be blocked. The network of shady companies and bank accounts affiliated with SSRC need to be shut down wherever they are found.

Supply chains and production may be vulnerable in some areas. It takes at least nine tons of material to make one ton of Sarin.  Every drop of Sarin produced by Syria needs isopropyl alcohol.  Although isopropyl alcohol has industrial uses and is not in itself controlled by the OPCW or CWC, Syria clearly needs special measures and the supply of this component, whether by import or domestic production, must be stopped.

Likewise, production or import of other feedstock chemicals needs to be halted.  The chemical hexamine, also uncontrolled, is part of the Syrian Sarin recipe as an essential additive.  Production and import could be curtailed. Chlorine is more complicated. Production of chlorine gas is effectively 19th century technology and it is widely used for many useful and necessary purposes, such as water purification.

Bombing storage and production facilities is problematic. From a standpoint of collateral damage and risk to civilians,  bombing a chlorine production or storage site is probably an untenable course of action. However, other ways of hindering production could be useful, such as interdicting roads and power supplies to these facilities.  Empty vehicles parked outside such facilities could be struck to degrade the supply chain.

The US government has spent several decades studying and modelling the collateral effects of striking chemical targets. Whereas this was nearly voodoo twenty years ago, the capabilities now available should help mitigate collateral effects. Storage areas, production sites, and transportation assets should be targeted if they can be safely struck without causing harm to civilians or serious environmental catastrophe.

The means of delivery are a very important consideration in interdicting the Syrian chemical warfare effort. Only a limited number of weapon systems have been involved. The August 2013 attacks were delivered by two specific rocket artillery systems. They should be put out of action wherever they are seen. Western militaries have the necessary precision munitions and target acquisition capability to do this.

The majority of chemical weapons attacks have been delivered by air. Chlorine attacks come from helicopters. The Khan Shaykhun Sarin attack came from a fighter-bomber. Every class of aircraft that has been associated with a chemical attack should be destroyed on the ground or in the air. In fact, given the use of air power against civilians by conventional as well as chemical means, there is a strong case for depriving the Assad regime of its air force in its entirety. This would probably be the most effective countermeasure against chemical warfare. A no-fly zone has long been suggested by many as a way to reduce the incidence of war crimes in this very brutal conflict.  The presence of Russian aircraft complicates this issue immensely, but the principle is sound.

A final part of the chemical warfare infrastructure is the personnel. People make these chemical weapons and load them onto aircraft or into rocket launchers. People transport them. People fire them or drop them. It is a well-established principle in war crimes prosecution that following orders is not a defence. No person having any part in the infrastructure from production to use against a target should be immune to penalty.

For example, intelligence efforts should be undertaken to determine the identity of pilots flying chemical strikes.  A number of names of people associated with the chemical warfare program are already documented and specific sanctions should be made. A scientist with ties to the SSRC should never get a visa to travel. Eventually, this conflict is going to end. War crimes prosecutions must take place.

No single effort is a magic bullet against Syrian chemical warfare efforts. However, a combined multidisciplinary effort supported by major Western powers could have the effect of hindering chemical warfare. It may be too late for this conflict, but chemical warfare needs to be deterred in the future.