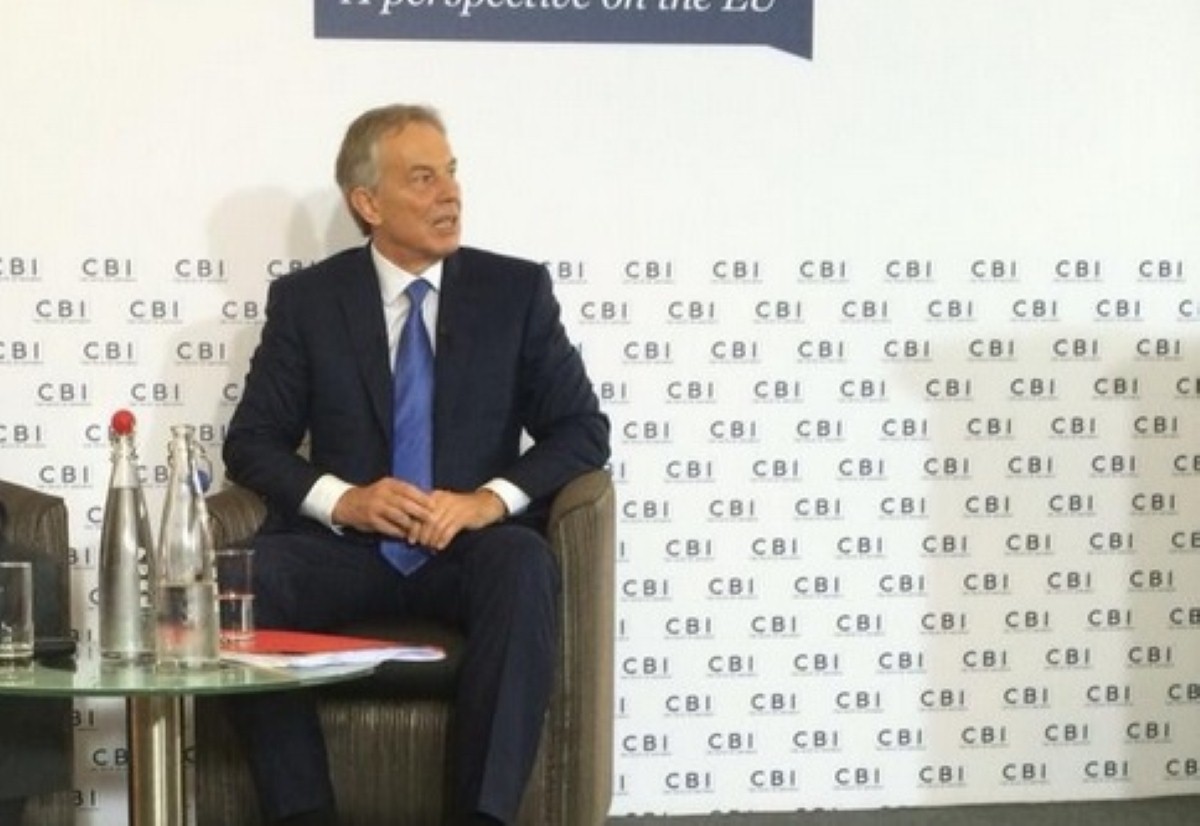 Even as a Blairite, I wouldn’t accept Tony’s money

You'd think it would be a simple choice for Labour's beleaguered parliamentary candidates, up against a slick well-funded Tory machine. On the table is £1,000 from a former prime minister who won three landslide elections for your party, a man who took the Labour party above 50% in the opinion polls prior to 1997, compared to its current 32% – 35%.

Received donation from Tony Blair. Instinct was to not accept. Discussed with team. Dundee East is not accepting the £1000.

For many in the party, it is. Conor Pope of LabourList describes the three prospective parliamentary candidates who have turned down Blair's money as indulging in "expensive grandstanding". The Tories must be cock-a-hoop. Yet, even as a Blairite on the centre-right of the Labour party, I wouldn't take Tony's money. And however much it is a distraction in this difficult election campaign, I back those who have publicly said they won't.

Kazakhstan is a country where the leading opposition candidate, Zamanbek Nurkadilov, was found dead weeks before the 2005 election. According to the official state inquest, Nurkadilov shot himself twice in the chest before raising the gun to his head. Lying near his body was a pillow pierced with bullets, likely used by his murderers to silence his screams.

In December 2011, oil workers who went on strike for better working conditions were machine-gunned to death by the country's police in an act known as the Zhanaozen massacre. Official reports said 11 died and 86 were injured – those in Zhanaozen say the figure could be closer to 200 dead. Not a single election since President Nazarbayev took office has been free and fair according to the OSCE.

The progressive position on such a blood-thirsty dictatorship ought to be clear: no dealings with Kazakhstan, full stop. Blair's consulting company, Tony Blair Associates, is rumoured by the Financial Times to be paid $13 million (£8.6 million) a year to offer advice to President Nazarbayev. Blair's office says he does not profit from the relationship, but the money is used to pay for his associates. As he told the Wall Street Journal:

"I spend probably 70% of my time on the unpaid work, the role in the Middle East which is ex officio and takes an enormous amount of my time, and the two foundations, one is Africa and interfaith.

"The business side is important however. It helps create the whole infrastructure. We have 200 people working for us now.

"But I don't do anything that I don't think is justified in its own terms. As I always say to people about Kazakhstan, I totally understand all the criticisms and the need for the country to evolve politically and in human-rights terms. But the work we are doing there is to help the country make reforms around things like civil administration, public procurement and rule of law, these are important reforms and Kazakhstan is an important country."

It's unclear why Tony Blair is better placed to advise the country on its profound human rights issues than the skilled global NGOs and international organisations who have, year after year, offered Kazakhstan advice on how, for instance, it can hold free elections, not murder striking workers and not silence bloggers or the country's few remaining independent  journalists.

Blair's advice is interesting indeed. According to a letter leaked to the Daily Telegraph, in July 2012, just seven months after the massacre, he wrote to President Nazaybayev:

"I think it best to meet head on the Zhanaozen issue. The fact is you have made changes following it; but in any event these events, tragic though they were, should not obscure the enormous progress that Kazakhstan has made. Dealing with it [the massacre] in the way I suggest, is the best way for the western media."

"With very best wishes. I look forward to seeing you in London! Yours ever Tony Blair."

Blair argues there is a firewall between any money going to Tony Blair Associates for the work done for President Nazarbayev and Tony Blair as a private individual who receives a dividend from Tony Blair Associates. Blair denies he "profits personally" from the deal. Yet, if I were a Labour candidate I'd find it hard to justify this.

I'm not convinced I'd want money either from the owner of a business that, say, had even a minor loss-making contract with Putin's Gazprom, the Burmese junta, or China's ruling Communist elite. And I'm not convinced the past giants of post-war Labour – such as Clement Attlee, Ernest Bevin, David Owen or Tony Crossland – men who had to stand up to the menace of the Communist bloc, European fascism, Chile under Pinochet or South Africa under Apartheid, would either.

One of the truly impressive achievements of the post-war Labour party is it had a moral certainty in a divided world. On the whole, the trade union movement was led by people who were anti-communist and anti-fascist. Labour opposed apartheid. Labour made democratic alliances with struggling democratic movements and kept clear of fellow-travelling with the Soviets.

Blair once understood this. His famous and brilliant Chicago speech of 1999 enunciated a view of the world that rejected Kissingerian realpolitik and no longer held that what happened within a country's borders was only a matter for that country itself. This developed further in his Sedgefield speech of 2004:

"So, for me, before September 11th, I was already reaching for a different philosophy in international relations from a traditional one that has held sway since the treaty of Westphalia in 1648; namely that a country's internal affairs are for it and you don't interfere unless it threatens you, or breaches a treaty, or triggers an obligation of alliance."

Blair's response was right: no more Kissingerian realpolitik where we bolster allies and ignore their human rights abuses (yes, Saudi Arabia). It's hard to see how he embodies this noble vision now as he jets off to autocratic Azerbaijan, Burma and Kazakhstan.

Labour is beginning to articulate a solid foreign policy response (see, for instance, Douglas Alexander's excellent piece yesterday in The Guardian). Blair could have been a major influence in an increasingly uncertain world. Yet, while he is linked to Kazakhstan's despot, he can't be.

Yes, damage has been done by the sight of Labour candidates refusing donations from the party's last election-winning prime minister, but nowhere near as much damage as the impact of Blair's actions since leaving office.

Mike Harris was a Labour councillor in Lewisham between 2010 and 2014 and is director of 89up.