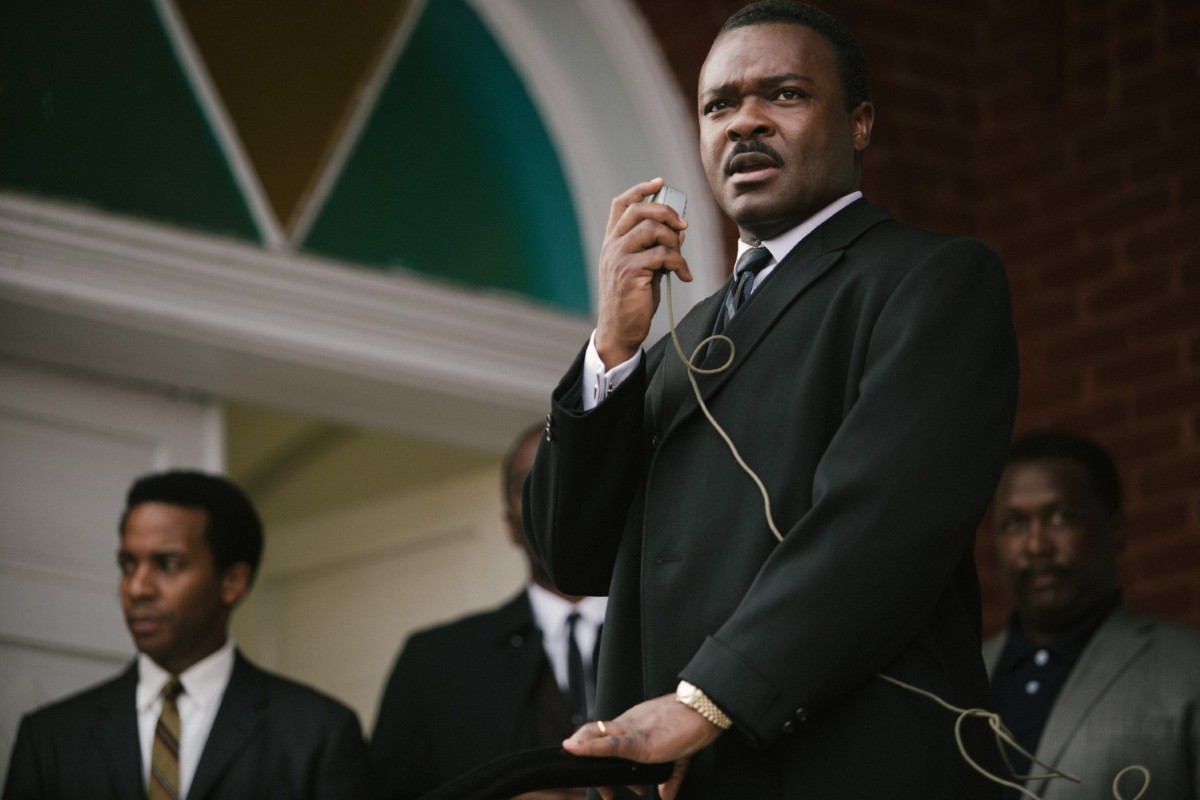 It's hard to make biopics work. Most take the conventional route of touching on the most important moments in their subject's life, turning what should be a satisfying narrative experience into an exhausting show reel. For all its experimentation, The Iron Lady was particularly guilty of this: She's in the Falklands, the IRA are bombing London, it's the miner's strike, she's being thrown out of power. If you don't know the history, you're confused. If you do, you're bored.

Selma sidesteps this problem by focusing on one chapter in Martin Luther King's life: his struggle in the town of Selma to secure black people's voting rights. By taking one incident and using it to highlight the qualities of its subject and the world he changed, African American director Ava DuVernay provides a satisfying emotional experience without any of the predictability of a standard biopic.

DuVernay wisely avoids elevating King to saintliness. His reputation, especially in the US, is so impeccable as to potentially preclude an interesting view of his life. But DuVernay and writer Paul Webb are not reticent about exploring the more complex facets of King's personality. His tactics specifically involve targeting areas with Neanderthal law enforcement, where dramatic images of police beating women and children will help drive the campaign forward. There is no doubting how much King is pained by the results of these tactics, but the film recognises that he is tacitly responsible for the brutality which arises. Questions are also raised, in a way I think only a female director would have done, about his qualities as a husband. In a film dominated by men, she does her best to include the revealing glances of the women around them.

David Oyelowo inhabits the role completely, piling on the pounds and adopting the extraordinary rhythm and melody of King's Baptist preacher rhetoric. He approaches the role without being over-awed by it. His British upbringing gives him some space from the American deification of King, allowing him to portray a real man rather than a walking statue. Quite probably an American actor would have been too overawed to get inside the man.

The script resists the easy cynicism of portraying him as the antagonist resisting King's moral crusade. Johnson is sympathetic. He has sensed the sweep of history and how he will be perceived by it. But as he himself tells King, he is a politician, not a campaigner. He must juggle his opponents in Washington with King's canny manipulation of the media. Wilkinson hints that he is irritated by the purity of the political world King is able to inhabit, without any of the compromises which make up elected political life.

Tim Roth almost walks away with the whole thing in his small role as governor George Wallace. He brings an extraordinary heft to this despicable character; a snarling, lounging arrogance which makes it almost impossible to take your eyes off him. I found myself longing for a scene between him and Wilkinson. When it comes, it is worth the price of admission alone. I would empty my wallet for a film composed entirely of the two of them in an empty room trading insults. But even this character, who is as close to an antagonist as the film gets, is allowed nuance. It is mentioned at one point that he spent his political career trying to improve the lot of the poor before he became obsessed with fighting against equal rights.

As befits a film with a town's name in the title, DuVernay commits to the time and place of the story. The film's palette and set design is unmistakably sixties without lapsing into sentimentality and the use of the actual locations to film key sections of the narrative grants it a sense of historical resonance which no set could have provided.

It's remarkable to think that this is the first film with King as the protagonist by a major studio. The oversight can perhaps be explained by the fact studios have traditionally been reticent to invest in stories about the black experience, in the wrongly-held assumption that there's is no international market for them. The Butler and 12 Years a Slave went some way to reversing that assumption. If Selma completes that process, it will have represented the qualities of its protagonist in more ways than one.

Selma is released in the UK on February 6th.