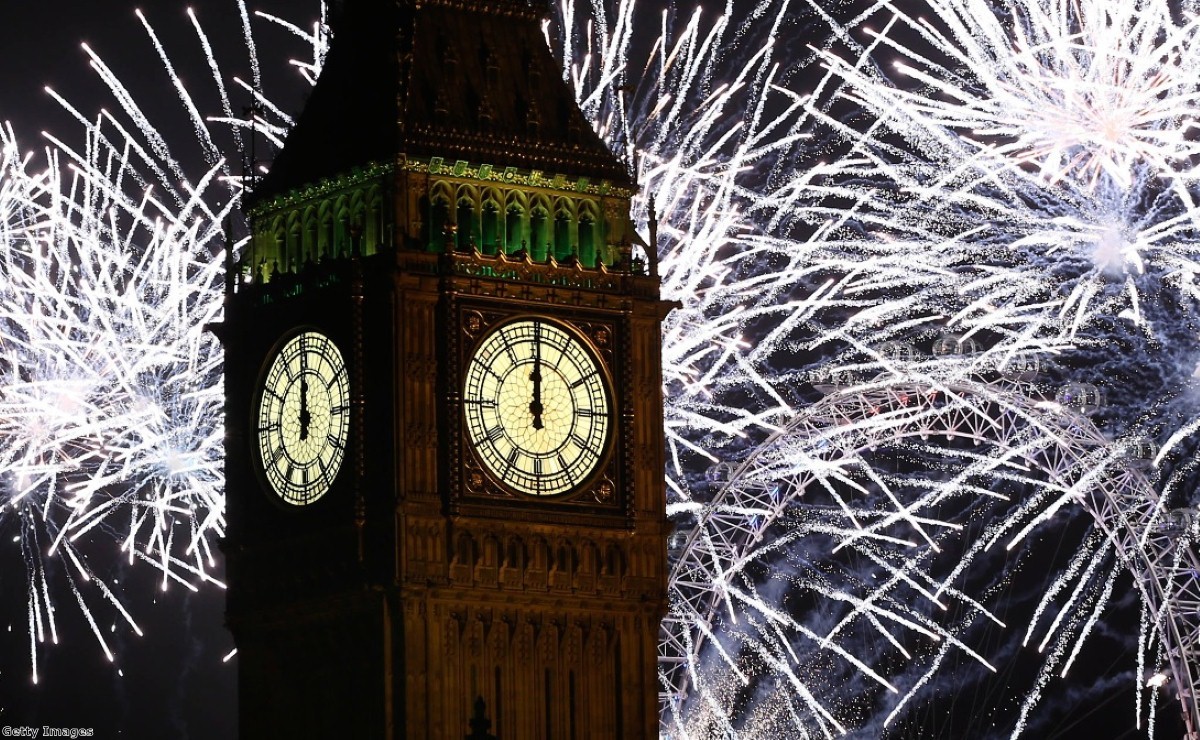 I could not be starting 2015 in a worse mood politically. It's a general election year but, for the first time in my voting life, I'm certain I will abstain. Politics in Britain is in a desperate state – a demagogic nightmare heading towards the lowest common denominator.

In some ways, 2014 was a positive year: the rise of Ukip, the SNP, the Greens and even Russell Brand is thoroughly welcome. Allegations of a political, corporate and media hegemony – 'the establishment' – are often overstated, but contain more than a kernel of truth. New political ideas, faces and priorities are good for democracy – even (and perhaps especially) if we don't like the results.

If only Labour and the Conservatives had mustered a decent response. Both have failed to offer an alternative, positive vision to their voters tempted by Ukip, revealing both Ed Miliband and David Cameron to be woefully lacking in political mettle.

None of the three main parties has stood up and made the only logical argument possible in the face of Ukip's crafty and increasingly well-organised crowd-pleasing: that the greatest problems facing Britain are not caused by excessive immigration, and that an excessive clampdown on people coming in will have thoroughly unwanted consequences. Of course some immigrants are dastardly and cost us money. But it's the cost of doing business – North Korea doesn't have an immigration problem.

The real immigration issue is not the cost to the state (many economists point out the net benefit); it's that our service economy is increasingly dominated by migrant workers, especially in the south.

But this isn't an immigration problem – it's a British problem with its roots in education, social policy and the growing native under-class. Which political party is asking why Britain doesn't have more home-born plumbers, mechanics, hotel workers or telephone engineers? Nobody is even asking the question, let alone coming up with the answers.

Conservatives traditionally pride themselves on a calm, evidence-based approach to the market economy. And yet on immigration, skills and employment they are silent at best and illogical at worst. The moment we can no longer rely on the Tories to bring some logical thinking to matters economic, we really are in dire straits.

Labour is largely ineffectual on its strongest issue too: the NHS. Cuts to health spending are overwhelming many parts of the country, hurting society profoundly and, in some cases, costing lives. And yet so terrified are Labour of accusations of economical profligacy that they fail to convincingly argue that the NHS needs more money. Borrowing money to fund the NHS should not be a poisoned chalice. Since when did cutting the deficit become our only priority, regardless of the consequences?

Deficit reduction has in part been a symbolic act of course – a political goal rather than an economic one. The Tories' domination of the economic argument has been a political triumph (helped by the lack of scrutiny from the mainstream media). It's been good politics but questionable policy.

What of the Greens, who have picked up in the polls while practically saying very little? Their rise shows how much some voters – especially the younger generation – are crying out for new voting options. But their lack of clear policies – beyond those environmental ideas that would lead to all the lights going out – surely rules them out for most.

As a Londoner, I don't have the option to vote SNP. The more they rein in their nationalist tendencies and present a holistic political vision the more I understand why many Scottish voters are attracted to them. I remain intrigued by the prospect of Alex Salmond and dozens of MPs holding the balance of power at Westminster post-election; it will be little more than the main parties deserve after the contemptuous way they treated those inclined to vote yes in the independence referendum.

But where is the national party with truly pragmatic, evidence-based policies? Who offers long-term benefit rather than economic symbolism? Who has realised that more skills for British workers would naturally lead to fewer immigrants because there wouldn't be vacancies to be filled? Or that government borrowing, at a time when interests rates are low, is not necessarily an inherent evil? Or that we need to work towards a green energy supply but keep the lights on with fossil fuels in the short to medium term? I could go on.

These policy positions are not revolutionary nor – by some distance – are they the work of a great political mind. I would, however, claim that they emerge from some appreciation of cause and effect, a preference for a holistic view and a desire for progress. And if all that sounds familiar then perhaps you'll join me in a little toast: to abstention. Happy new year.

James Hutchinson is a commentator and communications expert