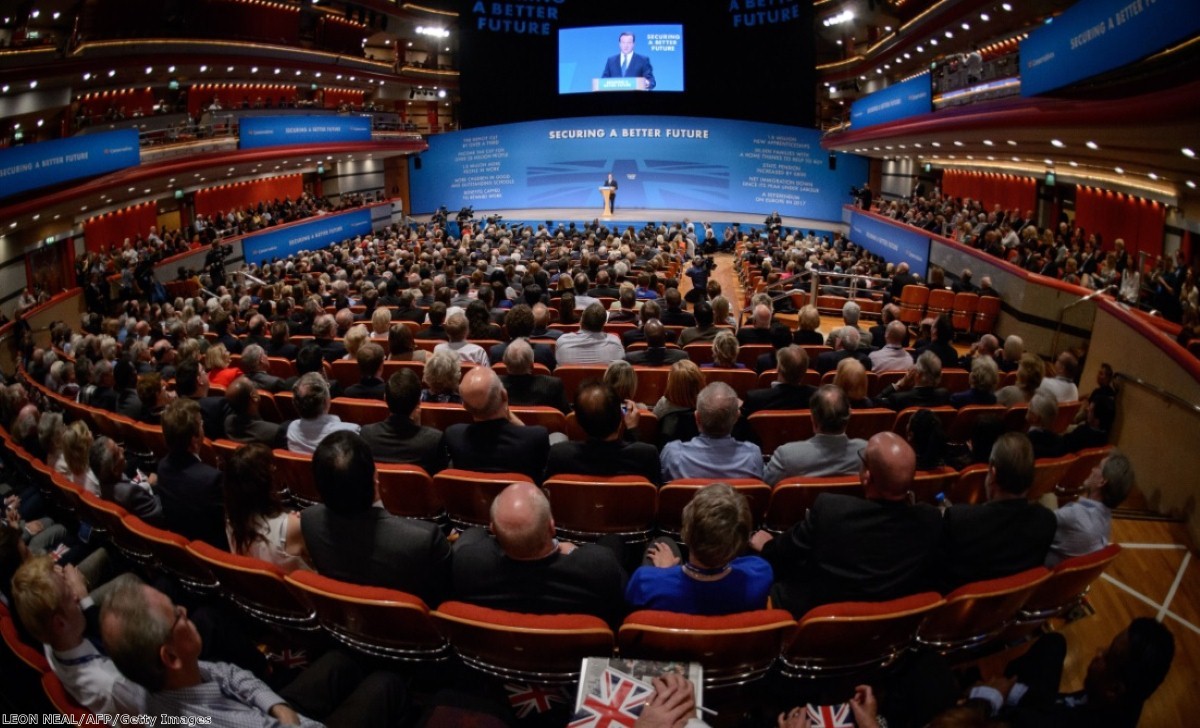 Learning to let go: How opening up parties could save them

The Conservative and Labour parties are dying a painfully slow death – but there is a way out, a report out today suggests.

It's pathetic, really. As the Electoral Reform Society points out in its report Opening Up published today, more people said their religion was 'Jedi' than are members of the Conservative party. Membership levels have become risible. Reliance on dirty money – be it from the unions or wealthy donors with interests that need protecting – isn't helping either Labour or the Tories win over more support.

What today's research reveals is that this is a problem the parties are making worse for themselves. They've responded to the growth of 'challenger' parties like the Greens and Ukip by clamming up. They've centralised and professionalised and suffocated. They are not interested in allowing the grassroots the freedom they need to prosper because to do so compromises the interests of the centre. It is short-term thinking that needs correcting, urgently.

Fortunately there is a way out of this bind. The ERS suggests that trying to find ways to get non-members involved will help. It wants an end to top-down, command-and-control politics. It proposes reform of party funding and, by the way, thinks changing the voting system wouldn't be such a bad idea.

"The era of two big political parties slugging it out on the national stage is well and truly over," chief executive Katie Ghose says.

"Our research shows clear public appetite for having a larger number of parties on the national stage, and for those parties to be willing to work together in pursuit of the common good."

In fact the polling conducted by ComRes in the 40 tightest Conservative-Labour marginals shows voters are very keen indeed on a greater choice. Two-thirds think it's good news there are more parties on the national scene these days. They're split on whether it's better to have several smaller parties than two big ones, though, and are exactly 50-50 on whether the era of two parties dominating British politics is actually over.

That last statistic is interesting. It suggests that Ukip, in particular, has not yet established itself as anything more than a protest vote. Nigel Farage is not quite part of the furniture just yet. The Liberal Democrats, who hoped to get the British people acquainted with the idea of coalition politics, would like us all to think we are now in a period of plurality. But voters aren't sure, which could fuel the anti-establishment vote in next year's general election. It would explain why Farage will do well, but Clegg – who is now firmly perceived as being part of the establishment – will struggle.

It's David Cameron, Ed Miliband and their successors who have the most to lose from not coming to grips with this problem, though. In previous years a Tory or Labour leader who won the most seats in the Commons at a general election could be confident of securing a majority, but that is just not the case these days. Parties are essential to securing power, but the double-monopoly on left and right has been broken. It's time for them both to get creative.

They need to expand their reach beyond the members. They need to get rid of the journalistic middle-man by using social media to talk to voters directly and not forget the importance of positive campaigning. They need to embrace primaries, even if it does result in some independent-minded backbenchers. They need to accept that having a larger number of MPs with slightly less discipline is a lot better than not having enough to get into government.

This is all counter-intuitive, though. British political culture is not designed to cope with rebellions. It's responding to the Facebook age with a consumerist approach that tries to sell its values to the audience.

Those clever American tricks that helped out Barack Obama are all very well in a system where the choice is nothing but a Republican or a Democrat. In Britain, targeted campaigns, centralisation and professionalisation are actually very unhelpful. Coming up with a strategy solely focused on maximising the number of votes doesn't always work for members. "Parties need to be able to change direction swiftly and with a view to winning votes, not pleasing members," the report accepts. "But party members want to be more than megaphones for whatever their party's policies happen to be; they want to shape them too."

An easy first step might be starting to lower the stakes and making more of the areas of agreement. Three-quarters of respondents to the ComRes poll said they wanted the opposition to work with the government wherever they see eye to eye. Fifty-four per cent think parliament works best when cross-party agreement is needed to pass laws.

It will take years for Labour and the Tories to really change their internal cultures, but a more cooperative process might be forced upon them sooner or later anyhow. The chances of a minority government being the only viable option after the 2015 election are now considered high. If the Lib Dem vote doesn't collapse completely, the SNP do well in Scotland and Ukip make inroads, the stability of the coalition will not be repeated again. That will result in a minority administration that simply has to seek that cross-party agreement voters want so badly. It might just be the push the Tories and Labour need to alter their own approach to party politics, too.