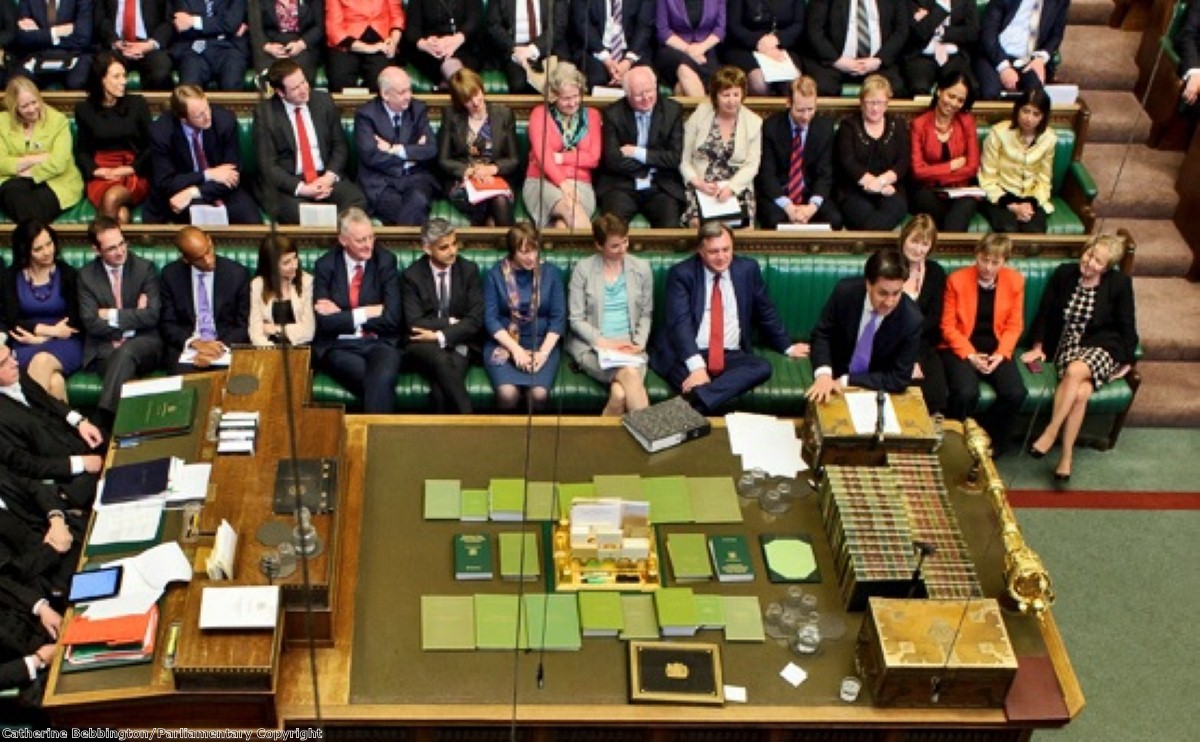 It's been a hellish 51 months for Ed Miliband. Ever since being elected as leader of the opposition he's faced periodic claims that he's just not very good at his job. Now, just when it matters most, the evidence from today's prime minister's questions suggests that's suddenly going to stop mattering.

That might be an odd conclusion to draw from a set of exchanges which on the face of it didn't appear to hand Miliband a clear victory. He and Cameron clashed yet again on the economy, in a tedious and predictable debate that has very little to do with everyday people's lives. The Conservative and Labour narratives are so far apart their debates are like two partially deaf pensioners having utterly separate conversations.

What's different now is that the ennui, the flatness, the lack of passion which has afflicted Miliband's leadership is becoming replaced with a quickening of the pulse as the general election approaches. This was the last PMQs of 2014 and everyone is looking ahead to the big contest, now just 140 days away. Politics has less time to focus on personalities. It is about a clash of views, not people. The 'choice', as the Tories like to paint this contest, isn't between who gets to be prime minister. It's about what party governs this country.

It should be about what set of values governs the country, too, but you'd be hard-pressed to identify exactly what they are from the main exchanges this week. Miliband's politics remains firmly rooted in opposition when it comes to the economy. "It may be fixed for his Christmas card list, but it isn't fixed for millions of people around the country," he told Cameron. The prime minister replied by suggesting Labour's interest in fixing the deficit only lasted a week, but Miliband wasn't having it. "The mask slipped in the autumn statement," he suggested. "He's been revealed for who he really is. Is he really pretending cuts on this scale won't make a massive difference?"

Is Miliband really pretending the cuts proposed by a future Labour government wouldn't make a massive difference too? That was the point Cameron should have made, were it not for the fact doing so would have conceded he is an austerity politician too. Their exchanges on the economy are a collusion in emphasis. They fabricate an argument based on a sliver of reality. It's like arguing over which crumb they will leave voters with in a bid to distract from the fact between them they've already gobbled up the whole cake.

Cameron summed it up with a non-joke. While the punchline was barely there, the political point behind it was revealing. "It is Christmas," he declared. "We should all enter into the Christmas spirit. I've had my Christmas present a little early this year." Tory MPs beamed on at their leader, happy to listen to him waffling away when he should have been answering questions about the government. Cameron told them he had received a document meant for Labour MPs. On page 16, he said, the section 'managing the economy', the opposition was warned: "'The Conservatives have a 17-point lead.' Thank you!"

The moral of this festive tale is that it doesn't really matter what the terms of the debate are. What matters is winning. And that is going to become all the more important as May 7th 2015 approaches, regardless of who is prime minister.

Everyone in Westminster is looking ahead to the Christmas holidays, the last big break before the campaigning begins in earnest. That end-of-term feeling is mixed with a sense of nervous anticipation about what is to come. For Miliband, that is tremendously good news.

The jitters of the slow buildup period are over. The time has come to fight for power. And in this week's PMQs, Miliband showed he is capable of doing just that. He can take confidence from the roars of approval behind him. He has demonstrated he can give as good as he gets. And, most of all, he can afford to let out a sigh of relief that the long, long wait for action is finally over.