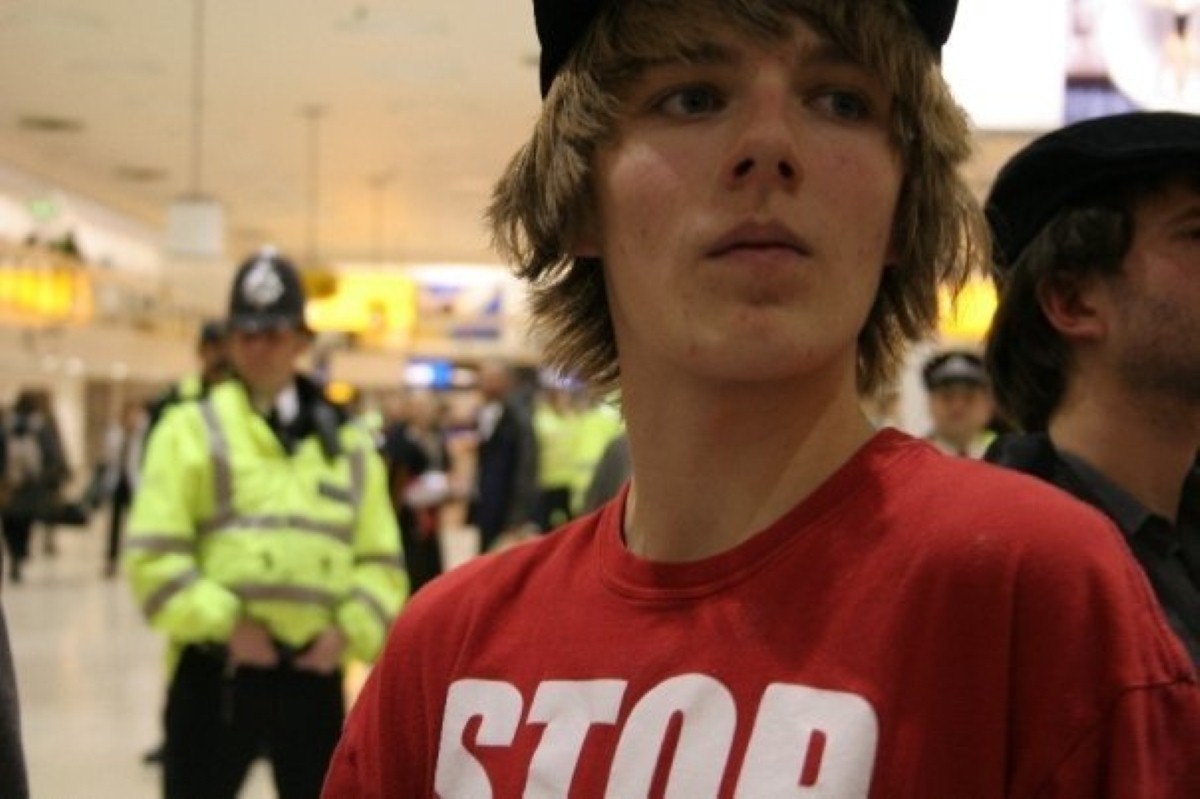 A mini-revolution is happening on the streets of London. Fed up and underpaid cleaners are leading a surge of action to demand better working conditions. Cleaners at the Royal Opera House and the University of London have both participated in successful strike actions over the past few months which culminated in an announcement yesterday via Facebook that the Royal Opera House will offer its cleaners the London living wage. However, we are still awaiting official confirmation on the news.

Currently cleaners at The Royal Opera House, who are subcontracted via outsourcing company MITIE; earn a measly £7 an hour. As Kevin Maguire pointed out in the Daily Mirror, this takes place “in a gilded palace charging well-heeled visitors up to £195 a ticket".  MITIE have faced trouble before as an early day motion highlighted threatening behaviour from MITIE towards their staff members. It seems they were threatening to sack anyone who might consider protesting against their poor working conditions.

Despite all this, the cleaners at the Royal Opera House haven't actually had to go on strike yet and it looks like they have already achieved their number one aim: to be paid the London living wage. If true, the Royal Opera House will have avoided the embarrassment of its cleaners taking strike action during the Baftas on February 16th. Leonardo Dicaprio would not have been happy with no toilet roll available to his disposal.

This all follows on from the 3Cosas Campaign ('tres cosas'), meaning '3 Things' in Spanish, the first language of the majority of low-paid workers at the University of London. The demands are for sick pay, holidays and pensions in line with those received by in-house staff.

3Cosas strikes took place in November to highlight the massive disparity between university and contract working conditions after a 97% vote in favour of strike action. The strike shut down the University of London for a day. It proved successful, producing major concessions for the outsourced workers. Improvements to holiday and sick pay were introduced. However, their third demand around pensions has not yet been met, meaning strikes have been taking place again this week. If you spotted a big red 'battle bus' going round London this week with a bunch of Spanish workers on top, then that was 3Cosas, who have been parading round the streets of London to spread their message far and wide.

Both campaigns have been supported and co-ordinated by a new trade union group called the Independent Workers Union of Great Britain (IWGB). Speaking after yesterday's Royal Opera House announcement they said:

"The Royal Opera House have to pay the London living wage. They are a well known institution that cannot get away with not paying their staff properly as it will damage their own reputation. We will keep up the pressure with protests until we receive official confirmation."

The second wave of University of London protests are also partly a demand for union recognition. Despite the fact the IWGB have over 50% of outsourced workers signed up to the union, bosses of company Balfour Beatty still refuse to negotiate with them. Additionally, the IWGB are extremely angry with the way Unison (who have far fewer staff signed up) have engaged with the protests at the University of London. They are suggesting that Unison tried to take all the credit once concessions were announced, despite the IWGB putting most of the work in. This letter from Unison certainly raises eyebrows.

Another exciting element to the strike actions is that they have the support of the University of London Union (ULU) and many other students – giving the campaigns a dynamic edge. Protests took place in support of the striking cleaners back in November, and again last week. Backing the protests, Daniel Cooper, vice-president of ULU, said:

"With zero-hour contracts on the rise across the country, this is one of the few places where outsourced workers are fighting back. On one side is one of the biggest universities in the world – on the other, a few hundred low-paid workers most of whom don't speak English. It's a real David and Goliath story"

Due to public and political pressure, George Osborne has recently spoken in favour of raising the minimum wage to £7 an hour. This is a decent start but the cleaners will tell you themselves that this isn't enough to get by in London. Hopefully, the cleaners fight will inspire others to demand the London living wage, in solidarity with students and workers.