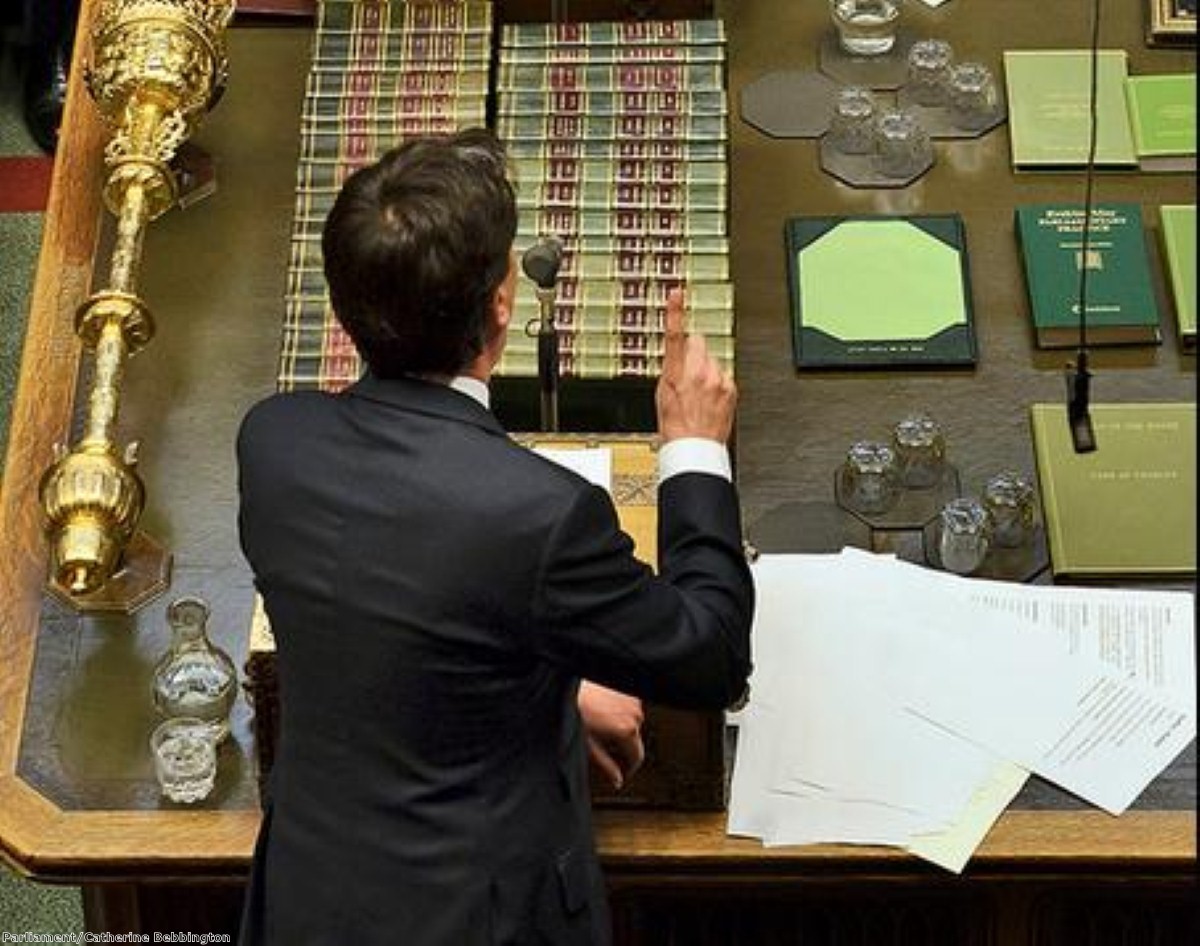 PMQs Review: Miliband should use it or lose it

Ed Miliband's performances at prime minister's questions are at best hit and miss.

Months can go by without a single decent showing from the Labour leader and then several decent weeks suddenly pop up in a row. Today was not one of those occasions

Miliband began by asking whether the prime minister would act to stop RBS awarding bankers more than double their basic pay in bonuses. This was a sensible question with a perfectly sensible answer. A sensible answer, which we were of course never going to get.

After almost four years in the job Miliband should have realised that just asking a straight question is never enough against the prime minister. Cameron, like Gordon Brown before him, has never heard a straight question which he didn't think needed bending in half.

This must be infuriating for Miliband but it can hardly be a surprise. The same thing happens every week. The only way Miliband can win is to pick one question and to keep on answering it until Cameron's evasion becomes obvious. When he has done this in the past he has succeeded. When he's deviated onto other questions he has failed.

So his decision to leave banker bonuses and turn instead to Labour's policy on "use it or lose it" notices to landowners was pretty baffling. Even more baffling was the fact that he didn't seem to even know what his own policy on housebuilding was. His inability to get his figures right gave Cameron yet another opportunity to avoid answering the question. An opportunity that he certainly didn't need.

The Labour leader at his best is a skilful political operator, but until now his skills have only ever been put to part-time use. If Miliband really wants to succeed he should use them, or risk losing them.