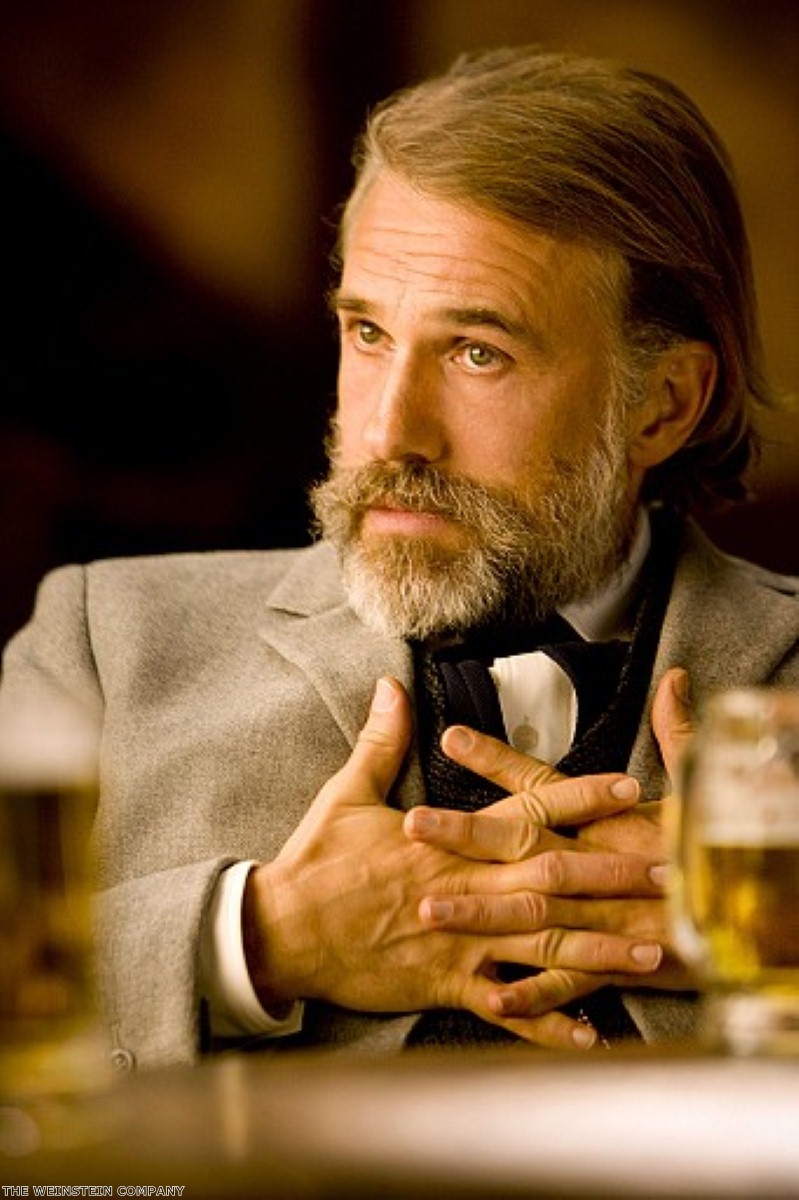 If you've been unfortunate enough to stumble across Quentin Tarantino's disastrous efforts to promote his latest film you may be tempted to avoid it. The director's stadium-sized arrogance resulted in an amusing but childlike outburst at Krishnan Guru-Murthy in which he told the Channel 4 News presenter he was shutting his "butt down". His film is accused of flippancy towards slavery, an overuse of racial abuse and of glorifying violence, and yet he refuses to engage in these issues except in the most confrontational, self-serving way. In some interviews, it sometimes appears as Tarantino believes he is the first director to recognise the evil of slavery.

All of which is a shame, because in Django Unchained Tarantino has created his most entertaining film since Pulp Fiction. The movie is visceral, rebellious, unpredictable, witty, complex and entirely counter to any conceivable assessment of good taste. It is a masterpiece.

Tarantino's greatest quality is precisely that he is not the first director to recognise the evils of slavery. Instead of approaching the subject with the sombre respect and hand-wringing of previous efforts, Tarantino treats it with flippancy and his usual pop-culture sensibilities, in this case by turning a freed slave into a cross between a superhero and a cowboy. Because previous films have explored the appalling reality of slavery, Tarantino can view it through his own lens. And as with all Tarantino work, it is more about cinema than it is about the real world.

The story sees German bounty hunter Christopher Waltz take on a slave named Django for a mission and then grant him his freedom, before helping him track down the wife his former owners stole from him. The character of Waltz acts as a sort of representative for modern sensibilities. He has the power and inclination to impose the world's current world-view on the creaky violence of pre-civil war America. It's hard to overstate how satisfying this conceit is. Townsfolks' outrage at the sight of a black man on a horse should be a joke that gets old quickly, but it doesn't. It stays funny throughout. Django Unchained isn't just a revenge drama of Django against the slave-owners. It is also the revenge of modern egalitarianism against the prejudice of 200 years ago.

Some more hysterical US commentators have suggested the film could cause race riots in American cities. They have got the whole thing on its head. The only reason a film like this could ever have been made is because it would not cause race riots. In the future it will be recognised as a watermark for when it became tolerable to make light of historical injuries. That requires a certain amount of healing, of forgetting. In the case of the 7/7 attacks on London, it took five years before Four Lions could mock terrorism in the UK. In the case of slavery in America, it has taken 150 years. I struggle to imagine the film being made without the cultural changes that arrived with America's first black president.

Some would question the point of what is basically a historical power fantasy. To do so disregards Tarantino's belief in the restorative power of pop culture. He demonstrated his faith in cinema by his decision to hill Hitler with flammable film reels (and a bit of machine gun to the face) in Inglourious Basterds. There, as now, the freshness of the film comes from his propensity to be dangerously relaxed while messing about with a sensitive area of historical reality. But to criticise Tarantino for being flippant is like criticising Picasso for using paint.

Tarantino's trademark use of violence is again present and causing him some difficulties in the wake of the Sandy Hook shootings. The filmmaker is an easy shield for a weapons industry eager to deflect attention from its own role in gun crime. Tarantino's recent interviews seem to suggest he is no longer willing to have the argument about this. As much as I imagine I would agree with him, it is not really acceptable that he tries to shut it down. Nor is it possible – the debate will continually resurface one way or another.

The unsettling element of Tarantino violence is that it takes place from the perspective of the perpetrator. In the majority of films you are put in the shoes of the victim, but Tarantino makes you complicit. The very first scene of Pulp Fiction glorifies Samuel L Jackson and John Travolta as they shoot a room full of college kids. The director took the sensibilities and tricks of the exploitation genre and injected it into mainstream cinema. All those old tropes are here, possibly to an even greater degree. By the end of the film the audience is willing on Django's revenge, although his victims are more culpable than in most other Tarantino films.

As for the language – specifically the use of 'n*****' – the film continues Tarantino's fascination with the word. It is said hundreds of times. If there was a wordle of the script, it would be written in massive letters in the centre. Generally (but not always) Tarantino has put it in the word into mouths of characters who would be likely to say it. Here it is far more appropriate than in previous offerings. It would have been ridiculous to have made a film set in this period without using it, even if the strange sums of money being discussed and the occasional hip-hop soundtrack show Tarantino is hardly interested in historical accuracy.

Samuel L Jackson appears in the movie, as he does in almost every Tarantino movie, and plays the role of an odious 'house n*****', who typifies the way a minority of oppressed people will become complicit in their oppression. It is a complex, occasionally funny, always uncomfortable portrait. It took real guts to put this character in the script and real foresight for Jackson to play him the way he does. At first he appears subservient to his master, but later their relationship is much more complex. There is a strong suggestion he played the father figure during his master's childhood, making both characters much more interesting. The character's grasp of his strange power, which is necessarily dependent on his subservience to his owner, hints at the psychological trauma slavery perpetrated on millions of people.

Jackson's performance is only surpassed by Waltz, whose extraordinary charisma draws the eye anytime he is on screen. He is compulsively watchable and effortlessly sympathetic. Here Tarantino does not use that sympathy for malevolent effect, as he did in Inglourious Basterds. Along with Waltz comes a much more generous offering to German viewers, who may have felt hard done by the oft-repeated ambition of securing 'German scalps' in Tarantino's last film. Waltz is a symbol of civilisation and decency. His final line in particular made me smile days after watching it.

Jamie Foxx is given the difficult role of a silent hero amid witty and talkative supporting characters. He manages to maintain his prominence as titular protagonist with some seriously weighty Hollywood cool, but you can see the burden of the contradiction in his performance.

Leonardo Dicaprio plays against type as a greasy, volatile slave-owner whose moments of reason and calm serve to make his outbursts more shocking. It is a solid showing to add to an undeniably impressive body of work, but alongside the crazed action and sparkling script of Django Unchained it somewhat falls by the wayside.

Every performance comes second to Tarantino's himself. Through his script and direction he creates a vivid piece of work, a masterclass in explosive, cathartic violence, historical aberrations, and the ability of cinema to heal and mock simultaneously. It is quite unlike anything you are likely to see this year. Just try not to watch any interviews with him beforehand.

Django Unchained is released in the UK on January 18th 2013.