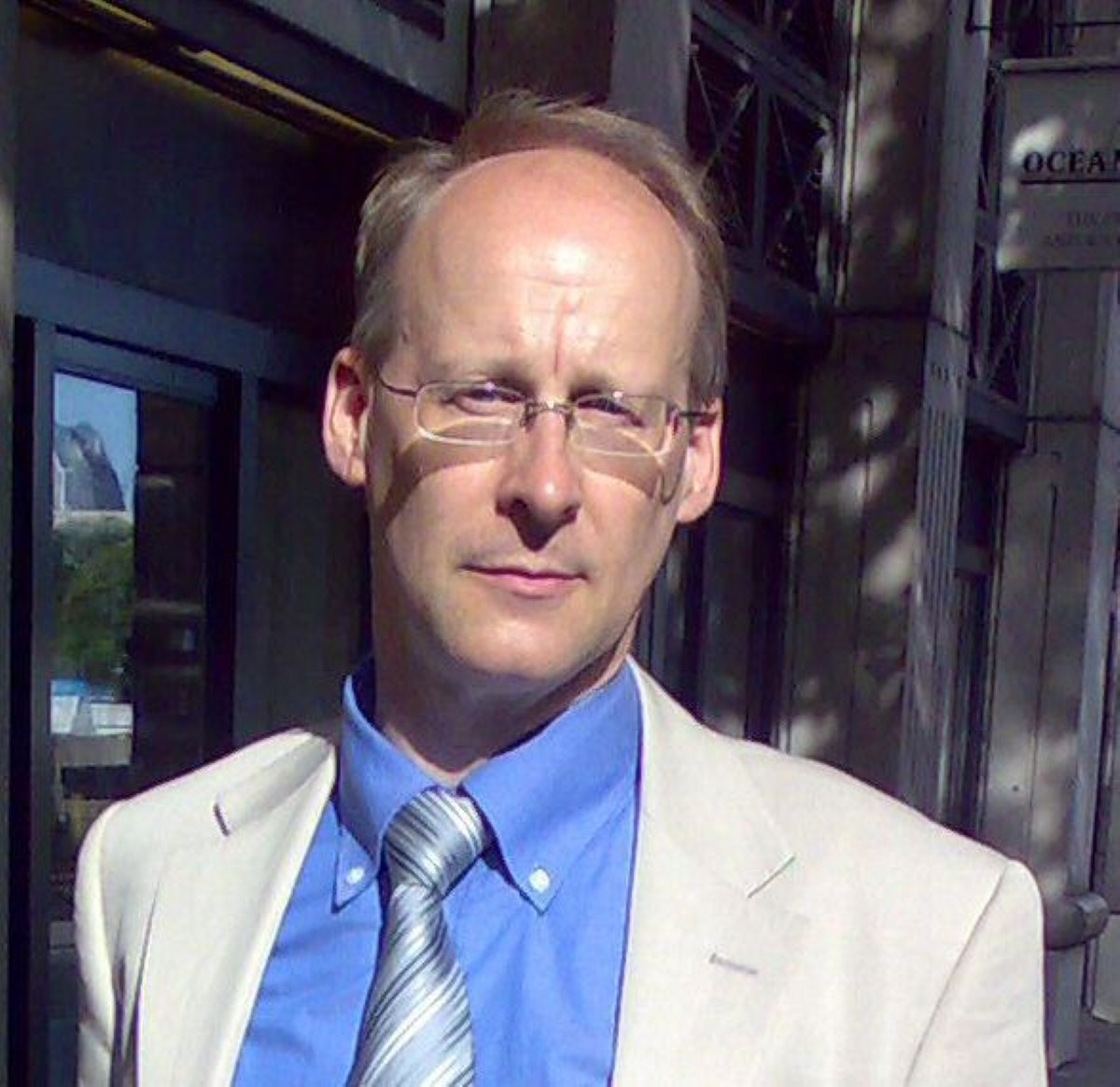 A few years ago there was a brief, limited chorus of puzzlement, concern and at times mild outrage when it was discovered that the defence and military intelligence organisations of a number of western countries were looking to employ anthropologists.  Academic associations and a range of journalists were aghast at the prospect of anthropologists working for, with and even acting as 'military spies'.  Most of this furore was, however, based on a failure to understand the nature and role of defence and military intelligence.

For most, the idea of 'intelligence' conjures up thoughts of the so-called 'national intelligence and security agencies' – MI5, the Secret Intelligence Service (aka MI6) and Government Communications Headquarters.  In the civilian sphere of government, where information is gathered from open sources and assessed as 'advice to ministers' by the civil service and specialised agencies are needed for covert source, this is entirely reasonable.  But intelligence in the defence and military realm is a matter of a very different order.

The kind of research and analysis functions central to the civil service role requires dedicated, subordinate organisations within military and defence institutions. To the armed services, 'intelligence' is about creating a knowledge-base to inform operational decision-making. Overt matters like maps, languages and local cultures are as much a concern for military intelligence efforts as satellite photographs, intercepted communications and the reports of local informants on the ground.

In the middle of the last decade, the armed services were realising that they could not conduct on-going counter-insurgency operations in countries like Iraq and Afghanistan without having a deeper, richer understanding of the local communities with which they had to deal.  And it was the need for this kind of essentially overt understanding that drove the military outreach to academic social science.

Given the significance of operations like Afghanistan and Iraq to British policy at home and abroad, effective defence and military intelligence is essential to the political life of the nation.  And yet, ironically, in today's political climate – in the wake of John Major's open government initiative in the 1990s, Tony Blair's Freedom of Information Act a decade later, and the intervening public furores over intelligence after the 2003 invasion of Iraq and 2005 London terrorist bombings – secret intelligence is probably better understood today by the electorate and parliamentarians than military intelligence.

As a general rule, 'defence intelligence' refers to something rather different from 'military intelligence'. Defence intelligence organisations exist at the topmost levels of defence coordination and decision-making.  They draw together participation from all of the armed services – in Britain the Royal Navy, British Army and Royal Air Force – with civilian subject-matter and technical experts and produce consolidated assessments for senior civil servants, ministers and the service chiefs of staff.

The Mountbatten reforms of 1964 brought drastic changes to defence and military intelligence as the three armed services were brought together under the Ministry of Defence (MoD). The individual intelligence branches – Department of Naval Intelligence, Directorate of Military Intelligence  and Air Intelligence Branch – were amalgamated with a civilian Joint Intelligence Bureau to become the Defence Intelligence Staff (redesignated Defence Intelligence (DI) in 2011). The aim was to create cost savings, increase integration and cooperation across divisions and to create a consolidated analytical centre to feed defence orientated assessments into the national intelligence process in the Cabinet Office as well as defence policy and operations.

However, these reforms also gutted operational intelligence arrangements, with the Navy in particular ill equipped to cope with a range of threats in its many theatres of operations; for example the seizure of an naval boarding party by Iranian Revolutionary Guard Corps (IRGC) small-craft swarming tactics in 2005. This was a tactical and operational intelligence failure with national strategic and diplomatic ramifications. Shortly thereafter a new naval intelligence branch was established alongside similar arrangements by the Air Force and Army, in some respects turning the organisational clock back four decades.

The next level above operational intelligence, defence intelligence, has taken a beating over recent years that dwarfs the struggles affecting the UK's ISTAR capabilities.  During the post-Cold War cut-backs and contractions, DI was an unexpected net winner and beneficiary of contraction elsewhere.  While the rest of the defence community was being  scaled back DI found itself taking on control of MoD components that had previously belonged to other services.  And so the chief of defence intelligence acquired control the Army's military survey, a map making organisation established during the Napoleonic wars, and the Intelligence Corps.  Britain's imagery intelligence organisation called the Joint Air Reconnaissance Intelligence Centre (JARIC) passed more completely to CDI's remit, and the intelligence training units of the three armed services were moved to Chicksands in Bedfordshire (during the Cold War an American signals intelligence station) and amalgamated as the Defence Intelligence and Security Centre (DISC).  While the analytical division that been the original DIS (but renamed the Defence Intelligence Assessment Staff or DIAS) was cut from nearly 800 to around 600 CDI's empire suddenly acquired 1,500 geographers and cartographers in the military survey, some 500 imagery analysts at JARIC and several hundred staff at DISC.  Amidst cuts elsewhere DI found itself numbering roughly 5000 with a budget the size of MI6's.

However, as noted above, the creation of DIS in 1964 had effectively decapitated headquarters and operational intelligence in the armed service.  Thus DI rapidly found itself being pulled down to the operational role, sending personnel out to support operational commanders in theatres like Afghanistan.  As its military support role intensified its ability to meet national requirements decreased proportionally.

It was in this context that an overextended DI was confronted with the political steamroller of Britain's headlong charge into the invasion of Iraq.  Lord Butler noted in 2004 that DIAS' appreciations of Iraqi weapons of mass destruction had been largely well considered, but the organisation too weak and too confined to its MoD role to provide the level of analytical authority needed at the turn of the last decade.  Despite Butler's advocacy of DI's national role, and the increasingly vital contribution of DI input to the long-running campaign in Afghanistan, cuts continued and in 2008 DIAS was reduced by 10% to 450 staff and DI overall to 4,500 just as the operational tempo in the theatre was increasing leading to the famous 2009 surge.

DI has been hit even harder after the financial strictures of the credit crunch and the coalition government's 2010 strategic defence and security review.  In 2011 Lord Levene's report on defence reorganisation prompted the creation of a new integrated tri-service command at Northwood Headquarters called Joint Force Command.  This resulted in the relocation of a substantial part of DIAS to JFC.  Combined with the impending relocation of DIAS elements to another new DI facility at RAF Wyton in 2014, it seems increasingly likely that DIAS will not linger much longer as distinct entity depriving the UK of a consolidated, strategic assessment capability that can feed into national intelligence and national policy-making as well as defence and military affairs.

The Politics of Self-Inflicted Injury

It should be apparent, therefore, that a clear understanding of defence and military intelligence is essential to the national political and governmental picture.  And, indeed, the commons select committee on defence has been quite active in this area producing a succession of reports on defence intelligence and ISTAR matters since the 1990s that have been almost ignored compared to the work of the intelligence and security committee regarding the national agencies.

With unmanned aerial vehicles (UAVs or 'drones'), new generations of sensors and the transformation of intelligence archiving and sharing by networked information systems, the ISTAR environment has changed more in the last decade than in perhaps more than the previous generation.  Despite this, defence and military intelligence remains something of a poor cousin in the intelligence community, the eternal Peter robbed to pay the Paul of other, seemingly more urgent, defence expenditure and policy priorities.

But such savings are the quintessence of false economy, because without good information and robust understanding, the nation will always end up paying a higher price not only in treasure, but, more importantly, in blood.

Philip Davies is director of the Brunel Centre for Intelligence and Security Studies.