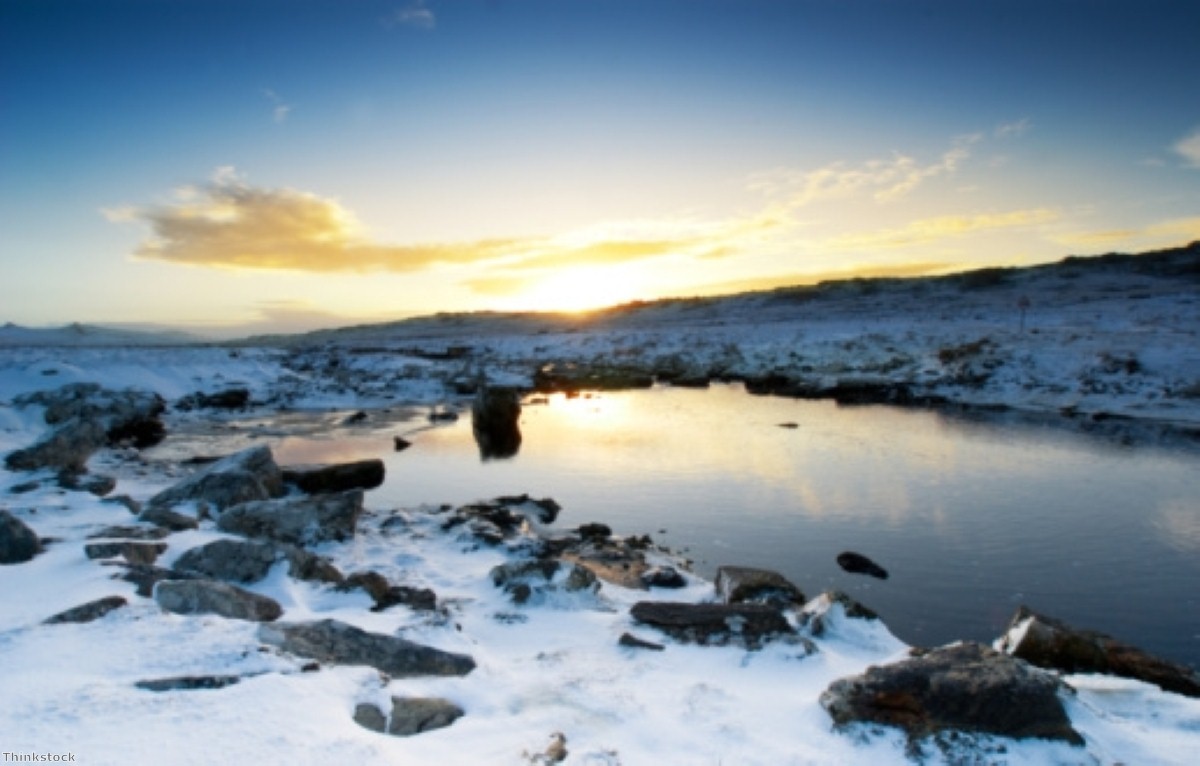 Those losing sleep over the possibility of another conflict over the Falkland Islands should rest easy. The current high level of tensions suits politicians in both London and Buenos Aires.

This April 2nd marks the 30th anniversary of the invasion of the Falkland Islands by Argentinean forces. It has been preceded by months of rising tempers. Prime minister David Cameron and president Cristina Fernandez de Kirchner have engaged in a very public slanging match over the archipelago. Maps of the Falklands with an Argentinean flag plastered over them have perhaps been the highlight of this very unsubtle public messaging campaign.

Some people are understandably nervous about this. They fear that Argentina might be looking to make another grab for the Islands. They shouldn't be worried, according to Nigel Inkster of the International Institute of Strategic Studies think tank. Argentina is simply not going to launch another military invasion of the Falklands.

"The Argentines' armed forces are in arguably a worse state than they were in 1982, having suffered from decades of chronic underinvestment," Inkster says. On the flip side, Britain has much better military facilities on the Islands, with around 1,000 troops permanently garrisoned there. The UK also intelligence-gathering capabilities of a completely different order – satellite surveillance and the like – compared to 1982. "In purely military terms," Inkster adds, "the likelihood of the UK losing the islands is very remote".

So why are we so worked up about it at present? Well, although Argentina is not planning to attack any time soon, a more subtle struggle is taking place. It's what Barry Elsby, a member of the Falklands' legislative assembly, calls a "war of attrition". Argentina is doing all it can to impose an economic blockade on the Islands. It struck a major blow when it succeeded in persuading the Mercosur trading bloc to agree to preventing ships using the Falklands flag from using the docks of member states. Now Argentina is pressuring the Chilean airline LAN to cancel its weekly flight between Punta Arenas and Port Stanley. This means its supplies would be limited to the twice-weekly flight from London – a small matter of 8,000 miles.

"Without doubt it's uncomfortable," says Derek Twigg, chair of parliament's all-party group on the Falklands. But he is upbeat. "I believe because we have the regular links with the Falklands and our determination to support them, I think they will come through this. But it's no doubt uncomfortable for them."

The Falklands might. But what about Britain's broader interests in the region? The UK is doing its best to try and establish strong trading links in South America – most notably with Brazil, which is fast becoming a world-level economic powerhouse. In the 1980s Argentina didn't have much clout, diplomatically. But things have changed. Now South American countries are more inclined to provide a bit of solidarity against the western 'imperialists'.

"Brazil will instinctively incline to support the Argentine position, providing that falls short of using military force," Inkster says. "But I think at the end of the day the Argentine capacity for leverage here is probably relatively limited."

The Foreign Office will certainly hope so. It repeats the mantra of self-determination – that it is entirely up to those living on the Falkland Islands, and nobody else, to whose country they belong – tirelessly. Ask David Cameron a question about the Falklands and he will use the words 'self-determination' within ten seconds of opening his mouth. The UK government would rather the Falklands was not an issue, that's for sure.

Yet they are surprisingly alone in this. There are three key groups which are actually very happy that the future of the Falklands is a major diplomatic headache at the moment.

Number one is, of course, the Argentinean government. "The primary concern is to basically give as much exposure to this issue as possible to hide their domestic and economic problems, which we know are significant," Twigg explains. Large agricultural subsidies are coming to an end and so Kirchner's administration needs to offer a distraction. They can't have bread, so they'll have to accept circuses instead.

Number two are British opponents to the defence cuts currently being pushed through by the Ministry of Defence. Today, for example, Labour's ex-security minister Alan West complained about the miserably small size of Britain's naval flotilla, which has shrunk to just 19 frigates and destroyers. "In the Falklands, in the first month of fighting, we had four sunk and 14 damaged," he complains.

"That makes you think. We seem to have forgotten that when you fight you lose things."

Lord West is not alone in using the Falklands as a political football. How can they possibly be defended with such a small Navy – and without an aircraft carrier at all for ten years? "Are they bonkers?" he asks. "Are they mad?"

Number three might surprise you. The final group who stand to gain from the present difficulties are, perversely, the Falkland Islanders themselves. They are desperate that those in Britain don't forget about them.

"I don't believe we face an invasion – but the threat is there, and the forces that are now in the islands are more than enough to deter that," a very confident Elsby says.

"The answer lies with Argentina – stop being provocative and the need for forces would lessen."

Yet it is the present difficulties caused by the Argentine blockade which makes the timing of the 30th anniversary so welcome. Yes, their future is looking fairly bright, largely thanks to the drilling for oil currently taking place. But the anniversary is giving them the oxygen of publicity, reminding the British that they are under threat – and that their interests need defending.

With the exception of the British government, then, a bit of 30th anniversary tension is actually welcomed by all sides. An odd state of affairs – but one which puts the current cranky war of words in its right place.