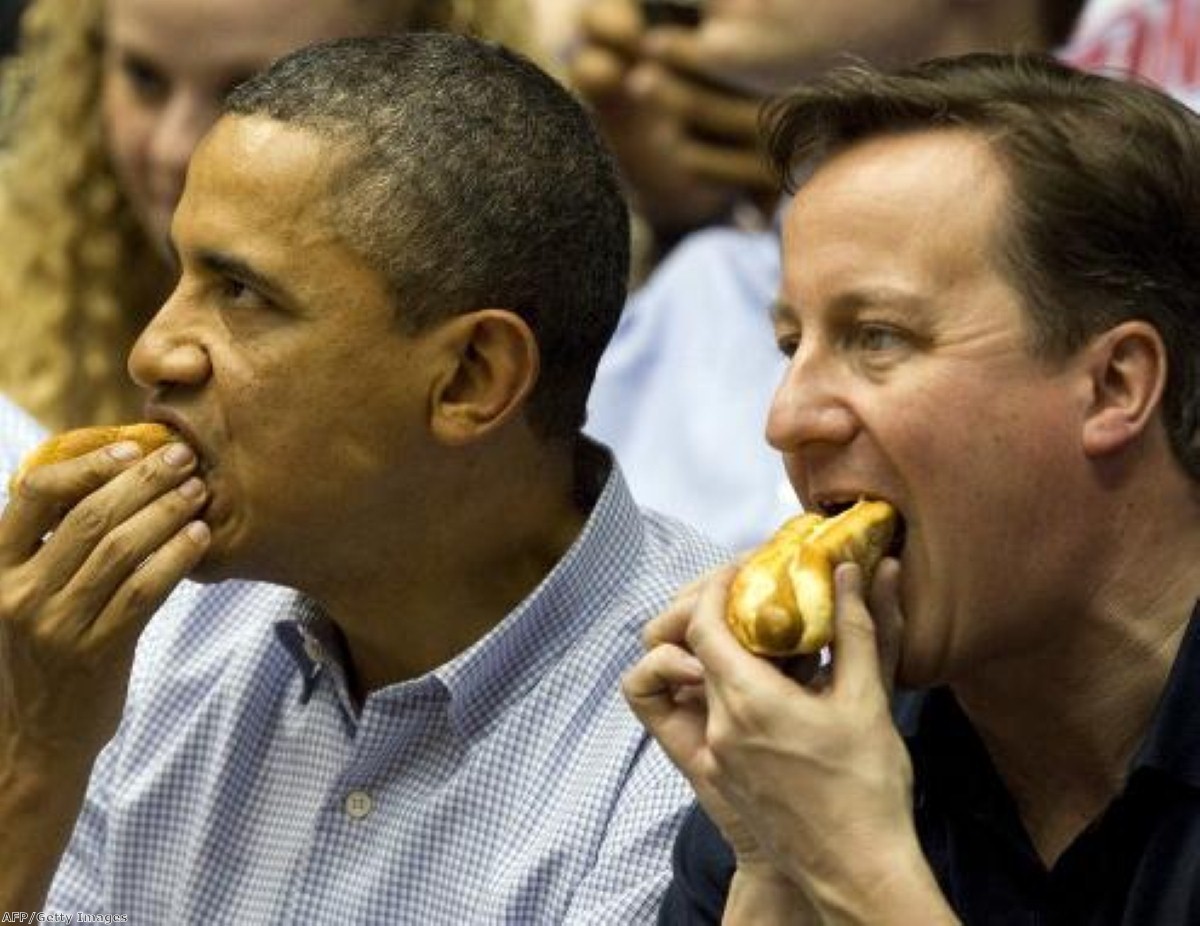 The Week in Politics: Hot dogs and red carpets

The comparison is an unfair one, of course. In fact Cameron was treated with so much pomp and ceremony, the guest of honour at the kind of White House dinner usually only thrown for visiting heads of state, that it had to be awkwardly labelled an 'official visit' to justify the expense. This was a trip which ticked all the boxes: the kind of palsy friendliness with the leader of the free world that British party leaders would chew their right arm off for, combined with a healthy dose of global statesmanship and, of course, that all-important pageantry. Everything that could go wrong did not go wrong. Obama has received a healthy electoral boost of his own by visiting Ohio; and Cameron has been able to demonstrate that he genuinely gets on with his chum Barack. Obama's initial 'lightweight' impression of Cameron is now firmly in the past.

Left in charge in Britain, Nick Clegg was having a less pleasant time. He received a slap in the face instead of a backslap of approval from his party grassroots on Sunday, when they frostily opted to reject an amendment praising his amendments to the health and social care bill. The Lib Dems are in a very difficult position on NHS reforms, now; they are grumpy but acquiescent, their rebellions indecisive. Tuesday saw Labour do their best to foster a rebellion, but the strategy failed. All the more kudos to Clegg, therefore, for pulling off an impressive win against Harriet Harman in Wednesday's prime minister's questions.

This week has also been about next week, oddly. Specifically, the Budget: George Osborne and co have been putting the finishing touches on the 2012 document, a process apparently dominated by anguished coalition negotiations over the fate of the 50p rate of income tax. By Friday it still wasn't clear what the plan was. Will the Lib Dems succeed in shifting the tax burden further towards the wealthiest in society?

As is usually the case in the calm before the Budget storm, this week has also seen some rather strange stories emerging. Like Iain Duncan Smith's odd war of words with Simon Cowell, bizarrely. Or yet another gaffe from the man seeking four more years in City Hall, Boris Johnson…

Now, though, the focus is on next week. As well as the Budget we've got an exciting speech by the Queen to look forward to – and what could be the final tortuous stages of the health and social care bill through parliament. Not that that will be greeted with enthusiasm by the legions of healthcare workers who have fought it bitterly for months.