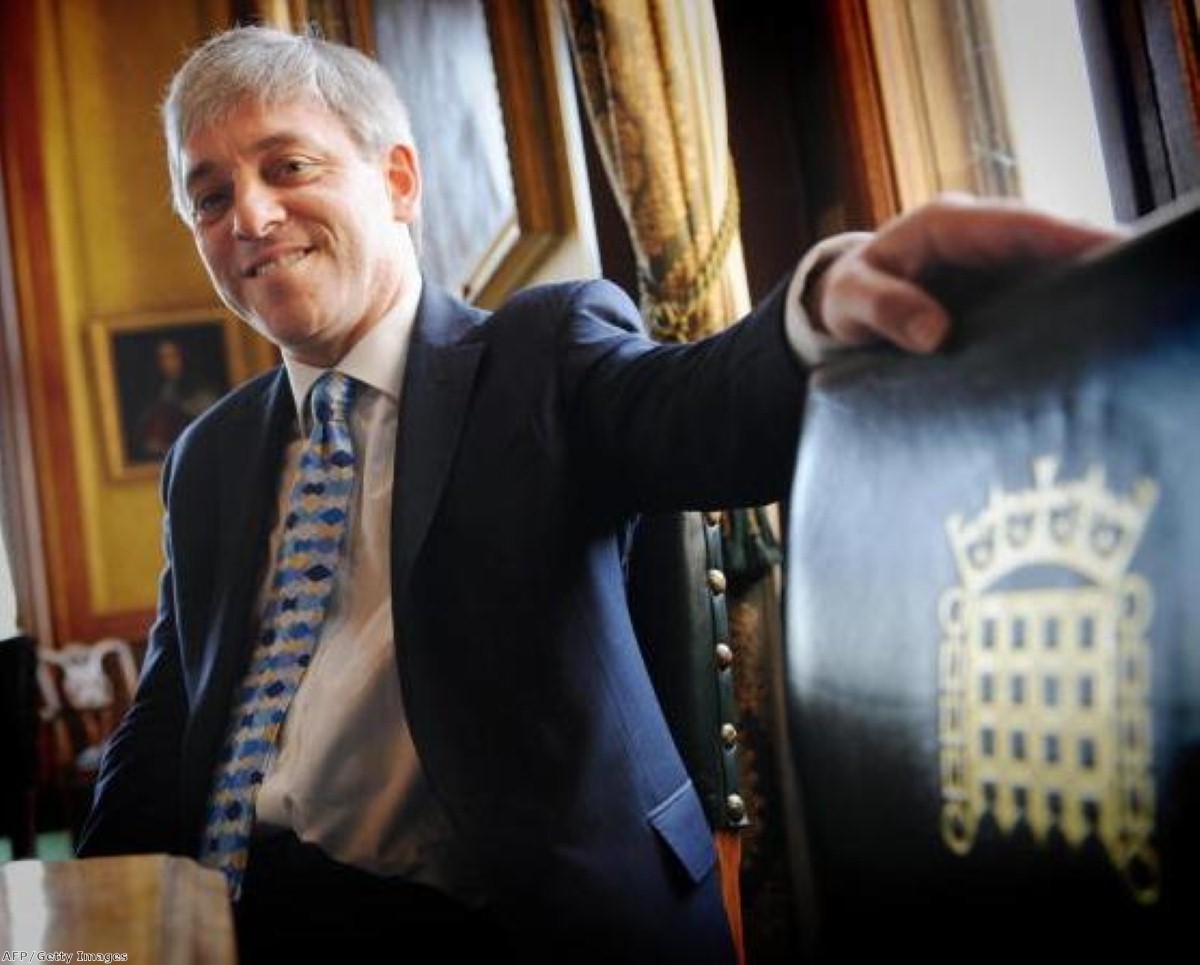 He delivered the killer blow which Ed Miliband has been missing for months. The Speaker, not the leader of the opposition, is now David Cameron's number one parliamentary enemy.

Ever since he stepped up to the despatch box, Miliband has lacked that knockout punch. He has no sense of theatrical timing, as we saw yet again today. The momentum was thoroughly behind him when he leapt up to passionately defend Labour's performance in government.

"I'll tell him about our record on the NHS," he began, eyes gleaming. "More doctors and nurses than ever before!" he declared forcefully . Huge Labour cheers.

"The lowest waiting lists ever!" This was less forceful, as if Miliband had just been downgraded from a typhoon to a tropical storm. Labour MPs offered another huge cheer, on autopilot.

"… and the highest patient satisfaction ever," Miliband finished, fizzling out completely. So much for the killer blow. Judging by this failure of instinct, he will never come up with one.

"Now," Miliband added over the mocking laughter from the benches opposite. He sounded, like Michael Caine, as if he was about to tell the lads he'd got a great idea.

In fact he had a great statistic, which the PM hadn't the chance of being able to answer.

This random statistic game is Miliband's answer to his great PMQs crisis of a month ago, when it finally became clear he was incapable of going toe-to-toe against Cameron on a level playing field. His question-writers have rigged the game in his favour, by getting him to ask questions which the PM couldn't possibly be expected to know the answer to. How many statutory bodies will be created after the NHS reorganisation, prime minister? How many millions are going to be spent on NHS redundancies?

Of course he won't know detail like that. Everyone realises that, unless they're a hopelessly partisan lefty. And yet, and yet, such a simple tactic actually reaped dividends. From Cameron's first words – "all I can tell the honourable gentleman" – the tone was set by Labour MPs, jeering the PM for not knowing everything. When the PM is asked for a number, they just won't buy it when he actually begins by saying "what we are implementing"…

When all the PM wants to do is bash Miliband over tomorrow's public sector strikes, this can be very frustrating.

And so, thoroughly wound up and effectively blunted by Miliband's obstinately unreasonable questioning, we come to the final act of this tragedy. Cameron looked desperate to go on the offensive as Miliband wrapped up. The Labour leader had made matters worse by grinning cheekily between each question. He looked as if he was aware his questions were hopelessly hard to answer – and loving every minute of it.

"What the whole country will have noticed is, at a time when people are worried about strikes, he can't ask about strikes because he's in the pocket of the unions!" Cameron began. Riding the roar from the Labour benches, he ploughed on, criticising Miliband's stance on the Greek crisis and on public sector pensions.

It was a ding-dong battle between Cameron and those shouting him down. He struggled on, slowly succumbing to the swirling storm. But he was not beaten. Cameron looked like he was going under for the third time, but appeared to be building up to a big, big finish.

Unfortunately, just as the PM was making a rather weak point about Miliband not being able to tell the macro from the micro, Bercow stepped in.

It was as contemptuous as it was dismissive. "We're very grateful," the Speaker said, in his most disingenuous terms ever. It was the sarcastic tone used by an embarrassed daughter shutting her mother up. It was enmity-making – or, in this case, enmity-reinforcing. Cameron, cut down by the Speaker in his prime.

After a moment's stunned silence, the opposition emitting a half-shocked, half-gleeful collective gloat. It was as much "ooooh!" as it was "ohhhh!"Cameron was fuming. He began his next question with all the haughtiness of an ice maiden. "I hope it's in order, Mr Speaker, to discuss Labour performance in Wales." The chilled menace was palpable. I could have sworn I saw a few MPs shiver to themselves, pull their jackets tighter and huddle together for warmth.

This very public spat could become a problem for the PM. He was rattled for the rest of the session, finishing each answer by clenching his jaw in the way people do as they slam the phone down angrily. Bercow, the moment passed, was not going to back down. "Prime minister's questions is principally for backbenchers," he observed primly towards the end of the session.

No prizes for guessing who that was aimed at. This means war.