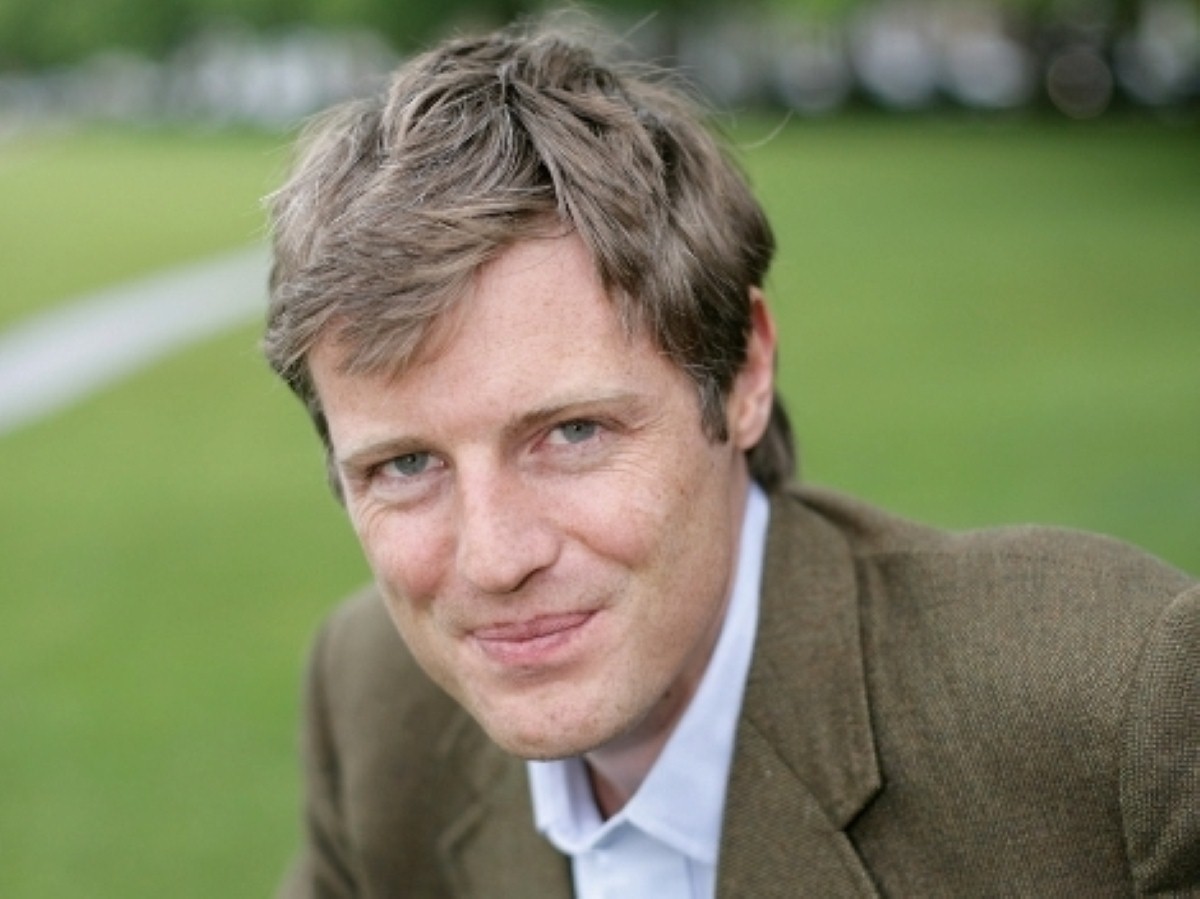 Every article I read when preparing for an interview with Zac Goldsmith dwelled upon his looks; odd,when he’s competing for a seat in parliament, not the Miss World crown.

I thought it wouldn’t be hard to resist his charms. I met him to find out about his ideas after all, But he speaks so passionately, so sincerely that, dammit, I’m finding it hard to concentrate on my questions.

Asked if he gets bored of reading the endless praises of his looks, he says: “I think we live in a very superficial country so unfortunately superficial things matter. It is not something that I give a great deal of thought though.”

At the start of our interview he strongly resists me buying him coffee. Nor does he buy me coffee (I’m slightly hurt there, Zac, as other journos in the past got one from you.) He also doesn’t let one of his supporters in the café buy him a cuppa. Puzzled I proceed with our appropriately caffeine-free discussion straight to green issues.

But there another surprise awaits. Goldsmith, a well-known environmentalist is critical of the Green party.

“The Green party is very left wing. Part of their approach is green but part of it is straightforward socialism with a dominating state and all that. I don’t think there should be a green party. They should all be green.”

Eco-warrior Goldsmith warns of a natural catastrophe that awaits us in a very near future. He is painting a truly scary picture.

“It is a fact, a mathematical certainty we are going to hit it all. There will be conflicts over resources and overall huge instability. We can pin our hopes on unknown technologies that will help us. We can live in hope. But there are no real signs that it is going to be ok.”

But what about the climate change sceptics in the Conservative party, Nigel Lawson chief amongst them? Goldsmith is not afraid to stand up to the sceptics regardless of the party they represent.

He says: “There should be a debate on climate change. They are right to have a debate. But I don’t think this debate should stop us from taking the action now. There is more than enough evidence to justify precaution.

“What I would say to people like Lawson and other sceptics is that if you look at the things we need to do to deal with climate change you need to deal with them anyway. Energy efficiency is a good thing, it saves money. In terms of energy security why do we want to depend on countries over which we have no control?”

Goldsmith regards having a variety of opinions within the party as a good thing. He enjoys the ability to have a discussion of issues, a debate.

“Other parties behave like great big homogenous organisations where everyone sings exactly the same song with the same pitch and the same tone. It is so boring. If you talk to one you get an answer, if you ask the same question to the other you get exactly the same answer. The Conservatives though have the battle of ideas, and it is a healthy thing.”

As for the biggest local issues for Richmond Park, these are the third Heathrow runway and the future of Kingston Hospital.

Goldsmith claims his opponent Susan Kramer is trying to make a political gain by talking about the possible closure of the hospital. He says she is right to have been asking questions but not to scare the community.

“It is a cynical stunt designed to coincide with the elections. But let’s just say it’s true and she is right. Who do you then vote for if you want to protect the hospital? This bit she finds awkward. Do you vote for Labour – obviously not because it is in their plans. Do you vote for the Lib Dems? Obviously not, because they are likely to team up with Labour. You should vote Conservative because we are entirely committed to not closing it.”

In regards to Heathrow expansion, Goldsmith is keen to point out that within the Conservative party the position on Heathrow was not enforced just by one person. He insists there was a proper debate in the party on Heathrow, and those who were against the extension won the argument.

“The trouble with the Lib Dems’ approach is that whenever anyone in the Conservative party says something that is not in line with party policy they get these huge posters saying ‘the Conservatives are against this or that! They changed their mind!’ and it is nonsense.”

It is not only Lib Dems that Goldsmith is uncomfortable with. In his view the whole of the British political scene is unhealthy.

“You have these children playing games and twisting words and taking them out of context on quite difficult issues and it restricts debate. People are frightened to allow their thoughts to flow.

“I would like to have a very open discussion about NHS and political reform. I would like to experiment with different thoughts, to talk to people from various backgrounds, persuasions and hear lots of different positions on these issues, and that would enable me to take a view.

“But it is almost impossible to do that in politics. If you talk to someone who has a radical view on an issue – boom, you are immediately identified with them, even if you are actually going there just to expand your own understanding of an issue. It means we are not a politically grown up, politically mature or politically literate country.”

Goldsmith says he values integrity in his opponents more than anything else but insists it’s a quality Susan Kramer is lacking. He says as an individual she is perfectly nice. But he is disappointed with the slurs and dirty tricks he believes she encourages against him. He claims that her supporters have recently been removing Conservative posters around the area.

“I think she is one of those people who has forgotten why she initially got involved in politics. Winning the election became the end, not the means to the end.”

The rising popularity of Nick Clegg must have helped Susan Kramer. Goldsmith however dismisses it as an insignificant matter for Richmond. He says he doesn’t indulge thoughts of defeat and would never stand in another area.

“I haven’t noticed a Clegg-factor here in Richmond. It is a very localised debate here. People don’t follow the national trend blindly here. I would never accept a safe seat. I want to be a proper local MP, not someone who has been parachuted in. Richmond is the only area I know so I wouldn’t do it anywhere else.”

The issue of parties drawing their leaders from a very thin layer of society has been aimed at the Conservatives.

In Goldsmith’s view only Tories have had to fend off the attacks while some Labour and Liberal Democrats also have public school educations and a ‘good’ university behind them.

“I think it is a bit of a caricature. There are only two Conservative frontbenchers who went to Eton. I went to Eton but I am not anywhere near the front bench.

“There are a lot of schools in the country which aren’t good. There is no excuse for failing schools. People end up without opportunities they should have. But I don’t think it should be about pointing your finger at good schools. We should be pointing a finger at schools that are sub-standard, and making it an absolute priority. I think it is a diversion from the real issue of raising the bar for all schools.

“You’ve got these state mega schools but I can guarantee you won’t find many people who believe in mega big schools and interference from government. Parents want a more individual approach. I hope that is what our education revolution will achieve.”

And finally, who would Zac Goldsmith take with him to an uninhabited island? Surprisingly, Elle Macpherson or Jodie Kidd are not on the list.

“Gandhi is fascinating. I would also take Osama Bin Laden – yes – would you not be interested to talk to him? He is an important figure and it would really interesting to see what motivates him. And Oscar Wilde…”