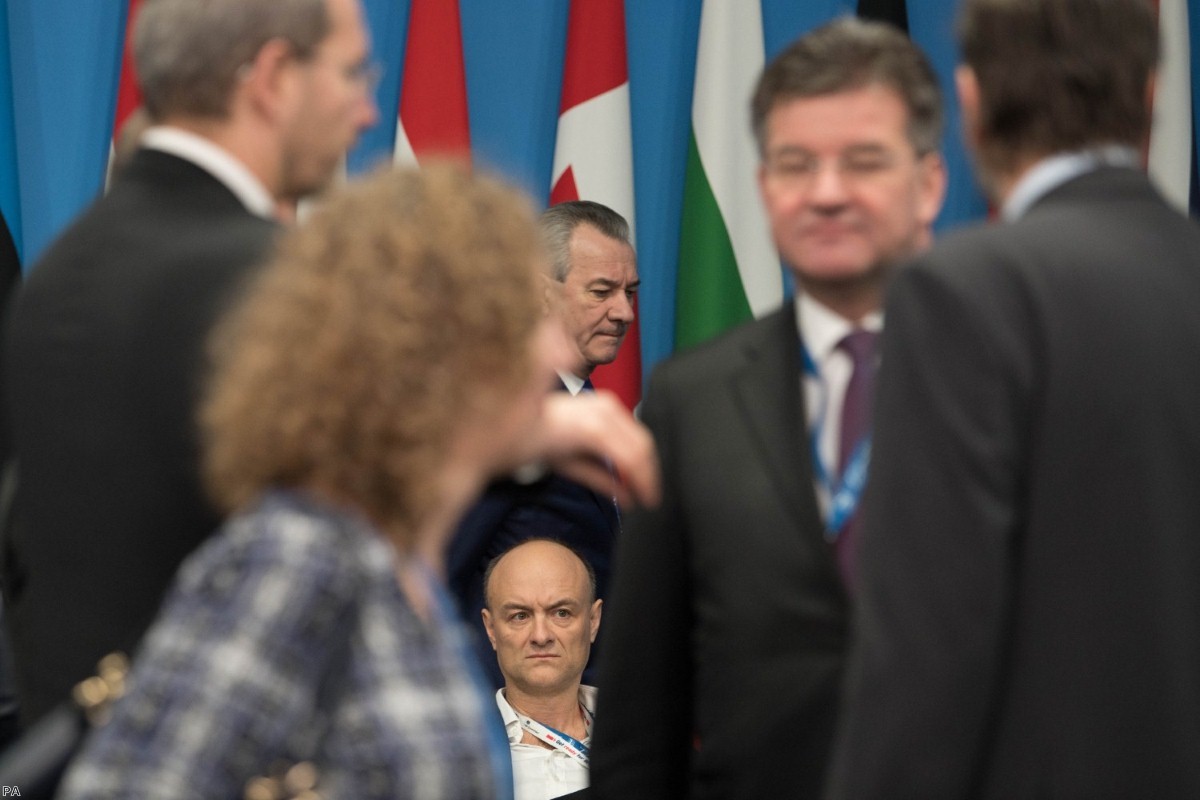 Week in Review: The spirit of Brexit haunts No.10 over covid

In a few months, we'll see the practical impact of Brexit – queues at the border, the tedious return of bureaucracy on trade with Europe, the addition of a second crisis to add to the one we are already witnessing over covid. But for the time being, the Brexit impact on No.10's pandemic response is one of spirit, not practicalities.

Dominic Cummings and Boris Johnson govern in the same way they campaigned: by closing tribal ranks, treating criticism as conspiracy, and refusing to ever, under any circumstances, do what their opponents suggest.

It wasn't always like this. Governments once tried to maintain broad electoral coalitions. They were capable of backing down where they were doing themselves damage. Nobody enjoyed doing those U-turns, but they did them anyway, out of a recognition that failing to do so would be worse. And there were occasions when the same has happened with Johnson. Earlier this year, he would quietly U-turn on issues which weren't strongly associated with Labour, like mask wearing or the eviction ban.

But something has changed. Labour's role is now more prominent, at a local and national level. This week, Johnson found himself taking serious damage from his fight with Andy Burnham and Keir Starmer. In both cases, he turned his face against it, and took more damage than he needed.

In Burnham's case, the prime minister tried to take away the additional £60 million he'd offered Manchester out of spite, before backing down the next day. If the government was open to critical voices, it would have instantly realised how this would play out. But it is not. It is a closed cult-like structure, an oyster with no pearl in it. So when Johnson announced he would provide the £60 million, it was too late – he'd already come across as petty and vindictive, using funding not for public health or economic well being, but as a weapon against political enemies.

In Starmer's case, an opposition day motion on free school meals saw Johnson push his MPs into explicit opposition, forcing them individually to own it and triggering attacks on them in the local press. "Just how could you starve our city's children?" ran the headline in the Yorkshire Evening Post today.

The footballer Marcus Rashford is now helping to coordinate local business initiatives to provide free food for children over the winter. It is turning into the equivalent of the 'clap for carers' evenings during the first lockdown. But this time it is not an initiative which ministers can jump onboard of. It is operated in spite of them, in many ways as a riposte to their refusal to help. People's sense of solidarity-under-fire – their best aspirations about their community – are being channelled into a movement which is explicitly against No.10. The government is cast in the role of villain.

This approach isn't restricted to Labour. The same tribalist approach applies to the variety of other enemies, from the media, to the courts, to the civil service. This is what happens when you believe that you are the great representative of the people and that all opposition is illegitimate. It's what happens to a government when it rejects the notion of critical thinking, of challenging itself, and instead hunkers down into a cabal of ideological puritans convinced of their own intellectual superiority.

During the last election, that proved an effective approach. With a culture war split, Johnson's Tories could make common cause with Brexit-supporting northern voters in what suddenly looked like a broad coalition. But in fact it wasn't. It was a reorientation of politics on identity war lines. Now that identity dispute is fading. It is replaced instead with a pandemic, which does not easily fit into culture war lines. The trenchant, myopic tribalism of old cannot defeat covid. And it cannot maintain the voting spread which put the party in power.

We have a Brexit administration dealing with non-Brexit problems. Whatever those problems were, these dynamics would eventually have emerged. A movement based on treating practical issues with identity arguments was always unsuited for government. But it is our great misfortune that the problems we happen to face are of such enormous severity, and that our lives and our financial well being depend on them being dealt with competently.