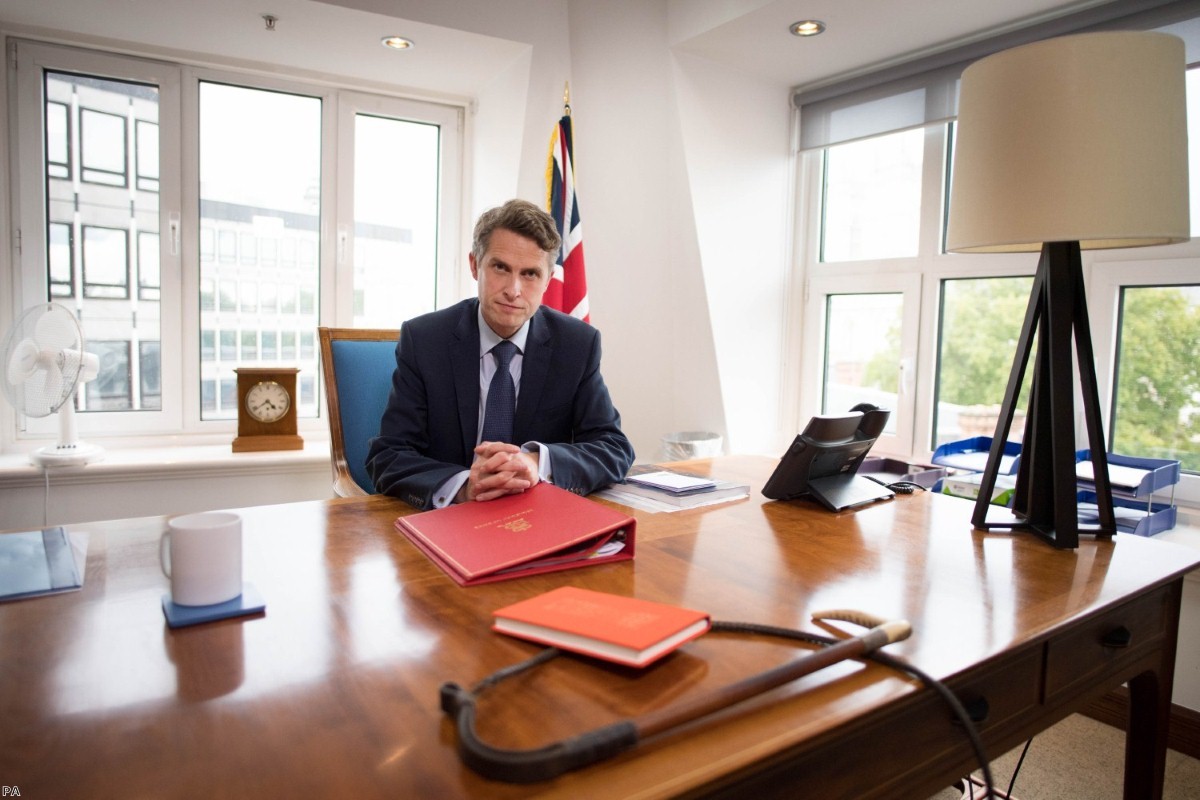 Week in Review: We deserve a better class of scoundrel

If we can't have ethics, we are least entitled to a bit of class. Politicians who attempt to deceive the public will obviously lose our admiration, but it would be nice if they could bring a little style and accomplishment to doing so.

And yet that too is now a kind of heritage brand, a rose-tinted memory of better days – of Iraq war dossiers and expenses claims. We look back fondly at the era in which politicians lied to us effectively, and with a base level of subtlety. Today, we have the kind of deception which could be uncovered by a child before it was capable of walking.

Gavin Williamson is a case in point. He is the latest Cabinet secretary to stumble half-cut into the limelight and demonstrate his utter inadequacy for the task he has been entrusted with. Put aside the rights and wrongs of deciding exam results on the basis of an algorithm or the inputs it used. What's most revealing about the row which engulfed Boris Johnson's administration this week was how the education secretary handled it.

When Williamson made the U-turn, he told the press that he realised "there were real concerns" about the results "over the weekend". There are only two possible conclusions you can draw from this statement. He is either making it up, or he is incapable of doing his job.

His supposed epiphany that weekend took place two days after the A-level results came out, when the cases of unfairness immediately became headline news. It was over a week since an almost identical situation had unfolded in Scotland, dominating the news cycle and leading to a similar U-turn. It was over a month after the July 10th report by the education select committee warning against "inaccuracy and bias against young people from disadvantaged backgrounds". It was around six weeks after former official Jon Coles told the education secretary the planned system would lead to chunks of inaccurate cases, according to a report in the Times.

It's not possible to square those events with Williamson's statements. It's like trying to complete a jigsaw using a half-eaten chicken nugget. Williamson is suggesting that he noticed no problems for the first days after the results, missed the Scottish exams controversy, failed to take note of a select committee report on his direct area of ministerial responsibility and did not hear the things which were said directly to him about a results system he was in charge of delivering.

In any other scenario, we might conclude that he lied. But in Williamson's case it is actually quite possible to imagine that he failed to understand his own responsibilities and the meaning of the words uttered to him. His performance to date has been so hapless, so lacking in even the most rudimentary of intellectual achievements, that there really is no scale of failure so vast he is not sufficient to encompass it.

That much was evident by the fact he announced a photo shoot to announce his U-turn. This was an extraordinary, baffling decision. He was accentuating the humiliation he had inflicted on himself by framing it with visual representation. It was equivalent to a drunk taking a selfie after they lost control of their bladder.

The shoot showed Williamson at his desk, staring intently at the camera like some kind of 1980s no-budget straight-to-rental version of Fifty Shades of Grey, with a coffee cup way out of reach, a fan pointing in the wrong direction and a whip in the foreground. To even describe it is to run the risk of people disbelieving you. But this was something that actually happened.

Perhaps he intended for it to be a not-so-subtle reminder to his colleague that he was once chief whip and knew where the bodies were buried. Perhaps it was an attempt to add good old down-at-home rural charm to a stale bureaucratic environment. No matter, it was extremely disquieting and bizarre, a kind of haunted house version of British government, an exhibit in a future museum about how the country lost its way.

But it became worse still when you imagined what had gone into the preparation of the scene. Williamson's office was responsible for a series of errors which had dominated front page headlines for days, leading to a fierce sense of unfairness among students and a galloping political retreat. And yet he had still taken the time, amid that storm, to carefully place his whip at the front of his desk, so it could dominate the foreground of a photo shoot he should not have organised in the first place. That is the level of ministerial ability we are dealing with.

To ask for honesty from this administration is too much. We know that now. Organisations take on the character of the individual at the top of them. But we can at least ask for a smidgen of sophistication in the manner in which they attempt to deceive us. That really does not seem too much to ask. And yet it is at present quite beyond the capacities of those who govern us.