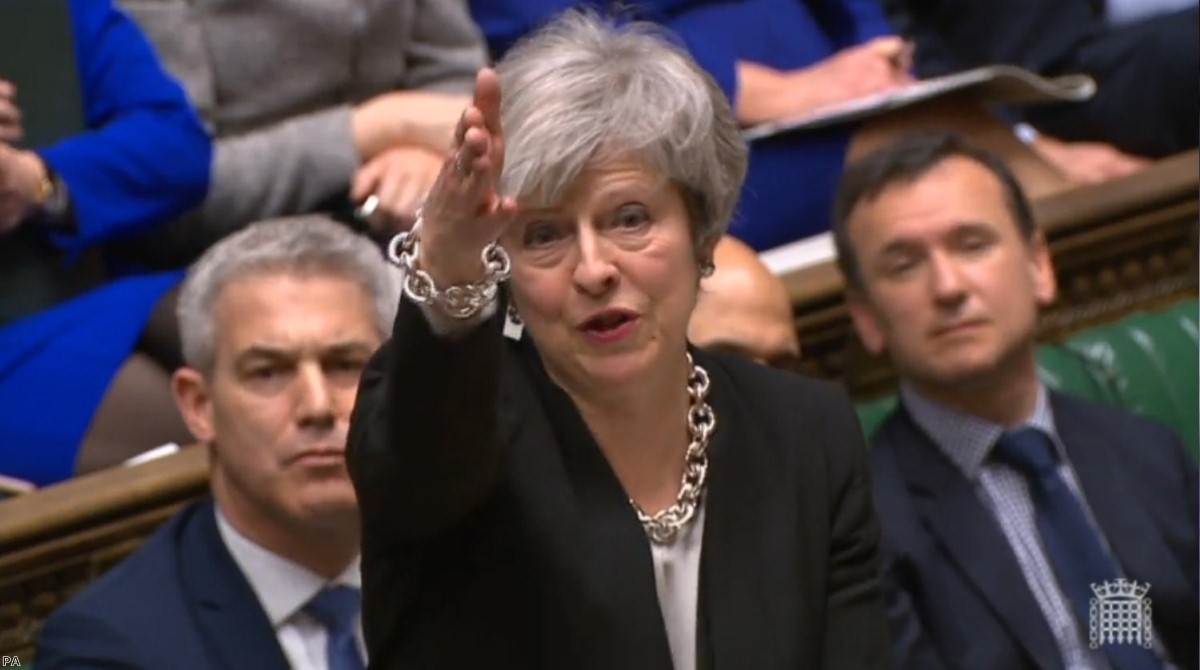 The one and only glimmer of hope was an amendment from Caroline Spelman which said MPs rejected leaving the EU without a deal, but contained no actual mechanisms to enforce it. This MPs accepted by 318 to 310. So they were insisting that no-deal should be ruled out but refusing to take any role whatsoever in preventing it themselves. They were like babies in suits.

It was as pitiful an exhibition as we've ever seen from them: a masterclass in cowardice. Even now, years after the result, they are petrified of being seen to somehow undermine Brexit. Their mania is so severe that they are prepared to sabotage the mechanisms which would achieve what they themselves say should take place.

That was how they rejected reality. Then they threw their lot in with the fairy tales.

The basic truth remained the same as it was before. The DUP and ERG will only be happy if the backstop is made time-limited or can be ended unilaterally by the UK. The EU will never accept it if those things hold. So no deal seems possible.

May had promised something she could not specify and which had already been ruled out. And not only that: she had shot her own deal in the heart. It was No.10 which said the border in Ireland had to be kept open. It was No.10 which asked for it to cover the whole of the UK. Now, after all that negotiation, she is going to go back to the EU and demand that they destroy the accomplishments she herself secured.

It is insane. It is a degree of contortion which would be remarkable if it weren't so ghastly.

But in a way, it was typical May tactics. She prioritised vague promises over content. She sabotaged something – anything – in order to fight another day. She made promises she could not keep on issues she knew to be false. Once again, she said anything, anything at all, to survive just a little longer.

But there are consequences to this lunacy. Britain is now, it is clear to the world, not a serious country. The way it is behaving is simply not rational. Any reputation it had for credibility or sound judgement is gone. It is a basketcase.

That is humiliating enough. But it has significant medium-term implications too. Firstly, it shows why the backstop was needed in the first place. This country has become an unreliable negotiating partner. It will demand something one day then seek to detonate it the next. The events in the Commons today actually had the ironic effect of reaffirming to the EU the need for the backstop insurance policy.

On a broader level, we are about to go around the world asking for trade deals. But we're seen, by everyone, on the largest stage imaginable, to be fundamentally politically insane. We've gone mad and everyone is looking.

This is as bleak a day as we have had in the entire Brexit process. All roads now seem blocked. MPs won't back an extension to Article 50. They won't back May's deal. And they won't back no-deal. They've opted for fairy tales over action. Things are looking very bad indeed.