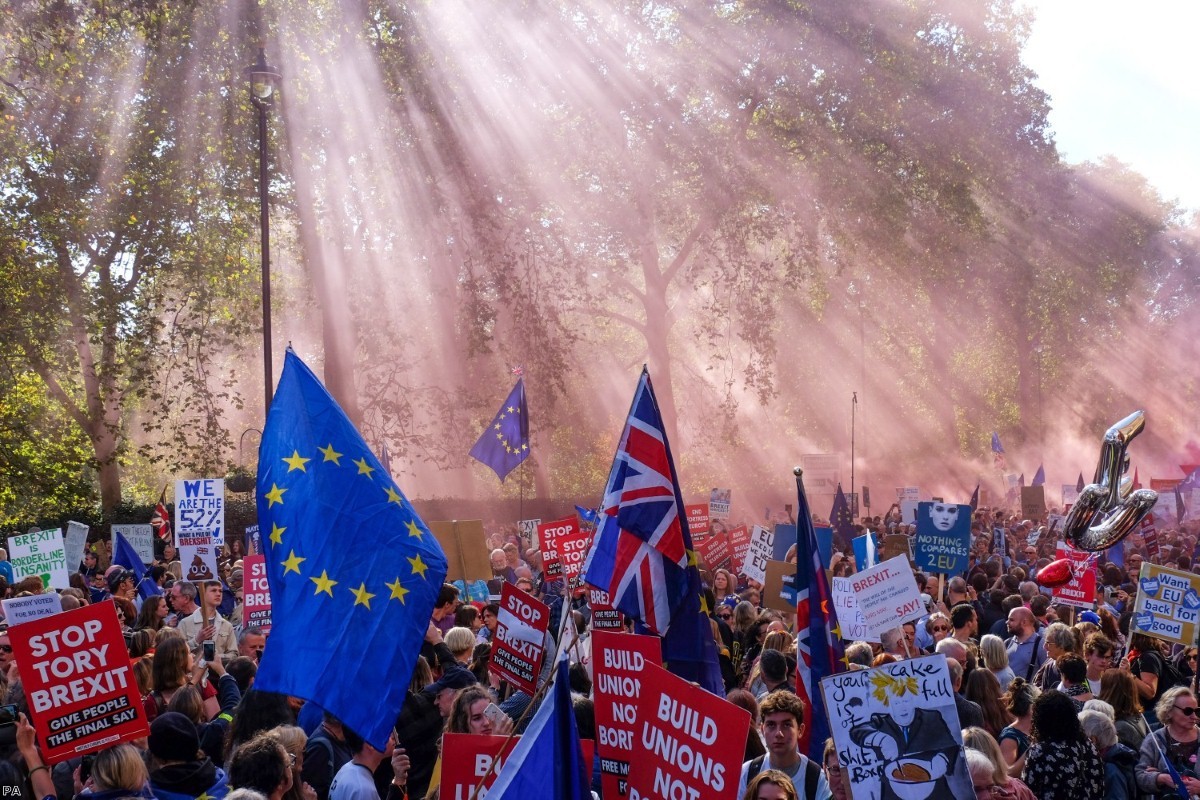 Today's ruling by the European Court of Justice (ECJ) found that the UK could unilaterally decide to revoke Article 50 if it wanted to. It is a game-changing moment. It means we can stay in the EU on our current terms – including the rebate and guarantees against the euro. It means that we do not need the agreement of other member states. We can make the decision on our own. We are, even now, in charge of our own destiny.

The ruling provides a moment of decisive political drama which could sharpen the minds of MPs as they come to vote on Theresa May's deal tomorrow and then, more importantly, decide what to do in the wake of its seemingly inevitable defeat. But it does something else too. It shows that EU legal decisions take firm account of sovereignty, in a manner which the UK government often ignores.

The British government fought this case tooth-and-nail. First it tried to appeal at the Supreme Court, then it was fighting it in Europe. While it has been careful not to mention the case in public, in private it has deploying a frenzied and panicked legal attack.

It is a quite extraordinary thing for them to have done. This was a British government spending British taxpayers' cash on trying to limit our own national sovereignty. They were trying to escape a clear statement about the powers held by the British parliament, simply because that power happened to entail unilateral revocation of Article 50.

We don't often see such mountainous levels of self-harm from a national government. In any normal scenario we'd expect them to direct legal funds into expanding British sovereignty, not trying to limit it. But these are not normal times. Everything is framed through the spectrum of the people's will. Everything is culture war, at any cost, even if it involves limiting your own room to manoeuvre in high-stakes negotiations.

Instead, it is left to the hated ECJ, whose removal from British political life is considered a sacrosanct red line in Brexit negotiations, to stand up for the UK's freedom.

This decision is framed by concerns about British sovereignty. It is baked-in to the argument. If the Brexiters cared about the rhetoric they espoused at the referendum they would pay careful attention to it. But they don't. So they won't.

As the advocate general argued last week, the case is basically about deciding something which has not yet been written into law. Article 50 said how a state could leave the EU, but there was no following article stating what happened if they changed their mind.

So they looked at what Article 50 intended to do and decided to answer the question by following those same principles. They concluded it did two things. Firstly, it allowed states the sovereign right to leave the EU if they wished. And second it created the conditions for that withdrawal to be orderly. This meant that any decision to cancel Article 50 should follow the same principles.

"The sovereign nature of the right of withdrawal… supports the conclusion that the member state concerned has a right to revoke the notification of its intention to withdraw," the ruling reads.

The European Council and Commission had been wary of this judgement. They felt troublesome member states, like Hungary, would be able to use it to knock the system about, by first triggering Article 50 and then revoking it, then perhaps doing so again. They wanted the Council to have to give unanimous approval to a British request for cancellation.

But the ECJ stood up to them. "Such an approval procedure would be incompatible with the principle… that a member state cannot be forced to leave the European Union against its will," it found.

This judgement puts the lie to the old Brexit propaganda about a lack of sovereignty in the EU. Of course, they won't say this, They'll say this is the EU meddling in our affairs, trying to trap us, a symptom of an elite which is intent on fooling the UK into maintaining its vasallage. They see plots and conspiracy where in truth they're being faced only with their own failures.

The reality is entirely different. This is a ruling which protects and enshrines British sovereign rights. It gives the country powers against interference in its domestic decision-making from EU authorities. It shows the best side of a legal project which tries to balance national control with the pooling of decision-making powers. It's the kind of ruling you'd get from a body you'd really want to be a member of – one with strong mechanisms in place to protect members' rights.

The fact that the British government is trying to undermine its own national rights as part of its Brexit agenda tells you everything you need to know about the space we are in right now. But thankfully, as today's ruling showed, we don't have to occupy this space much longer if we don't want to. The choice is in our hands.