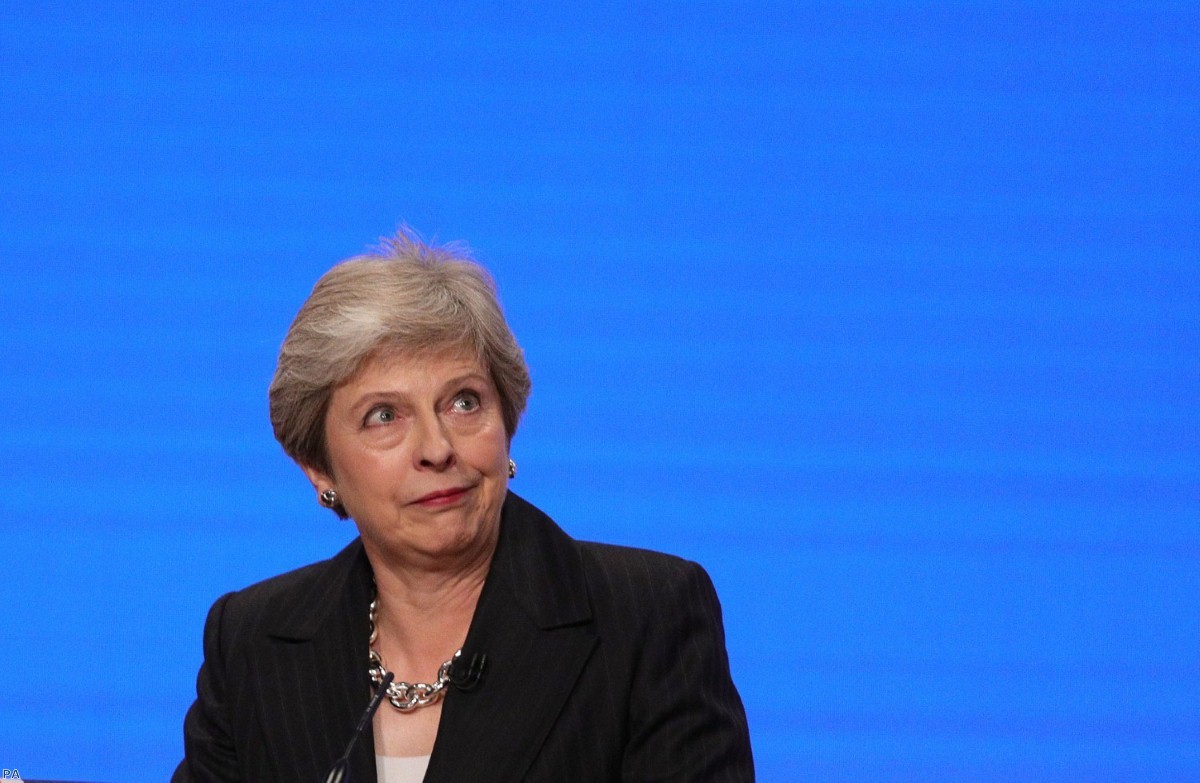 May speech: Nice world, if only we lived in it

It was nice to relax in Theresa May's world for a while. According to her conference speech, the Tories were the party of opportunity and sound finances. They were going to address abuse and hatred in politics. They were an open party, fighting anti-semitism and promoting the children of hard-working immigrants.

If only any of it was true.

It is better to hear things you believe in than things you don't, even if they are hypocritical. This speech was far more welcome that the horrific Kippery 'citizens of nowhere' effort two years ago, and superior to last years on the simple basis that it did not make you cringe-up in empathetic horror. But there does come a point where the rhetoric is so completely divorced from the policy that it ceases to have any meaning. And that point came today in Birmingham.

The first painful moment came when she celebrated the rise of Sajid Javid as home secretary. His father, as he often points out, was a Pakistani bus driver. The trouble with this cosy picture is that May has spent the week promoting her tough new immigration plan which will block so-called low-skilled immigrants from coming to the UK at all. It is hard to imagine that bus drivers will find much of a home here.

So this son of a bus driver is able to succeed and we should pat ourselves on the back for helping him do so. But the son of a Pakistani bus driver arriving now cannot. It simply makes no moral sense.

She then praised London mayoral candidate Shaun Bailey, whose "grandparents came to our shores as part of the Windrush generation". She did not mention that their fellow travellers were specifically targeted by May herself as part of the Home Office's hostile environment policy. People with the legal right to live in here, who had been in the UK for a lifetime, were deported. Some died before they could return. When she was interviewed about it recently, May refused to apologise.

She soon turned her guns on Labour. "What has it come to when Jewish families today seriously discuss where they should go if Jeremy Corbyn becomes prime minister?" she asked. "Would Clement Attlee, Churchill's trusted deputy during the Second World War, have told British Jews they didn't know the meaning of anti-semitism?"

All perfectly valid, except that Conservative party MEPs recently voted to protect the anti-semite Viktor Orban when proceedings were launched against him in the European parliament. As they push through Brexit, they need all the friends they can get. The Hungarian leader was quick to praise Brexit and play into May's narrative against Brussels in the days which followed.

One section of the speech called for an end to the abuse which prevailed in political discussions. The British people "know we all have a common stake in this country and that the only path to a better future is one that we walk down together," she insisted. She expressed concern about a world in which "politics becomes polarised and compromise becomes a dirty word".

But it was May who launched a general election campaign premised on the false idea that opposition parties and the "unelected" House of Lords were trying to stop Brexit, in a bid to weaponise national division over the referendum. It was May who saw the Mail's front page 'Enemies of the People' attack on the judiciary and then employed the journalist who wrote it as her press secretary. And it was May who stood on stage two years ago and told Brits who thought of themselves as citizens of the world that they were "citizens of nowhere".

This truly is the cake-and-eat-it era of British politics, where leaders wish to behave one way and then receive adulation for never having done so.

She went on to frame herself as national custodian, ensuring the sound economic management of the country. In reality, she has just installed a minister for food supplies to try to contain the damage of a no-deal Brexit.

The problem of the speech was not its rhetoric or its construction. It is simply that it was completely unmoored from any notion of empirical reality.

Quite aside from the innate moral problem that poses, it is also an electoral failing. There is no point presenting yourself as something if you are not implementing the policies to achieve it. Narratives do not stick in the mind if they are merely fairy stories told months before. They only make an impression on the public if they are followed up with actions which seem to substantiate them.

In the end we were left with a speech which seemed merely cruel. It was a tantalising glimpse of a country we'd much rather live in, where the Tory party was building opportunities for migrants, ensuring civility and decency in politics, acting consistently against antisemitism and providing security for national finances. It was like a dream of a sunny afternoon on a bleak midwinter night: You feel more depressed about things for having been given a glimpse of something better.