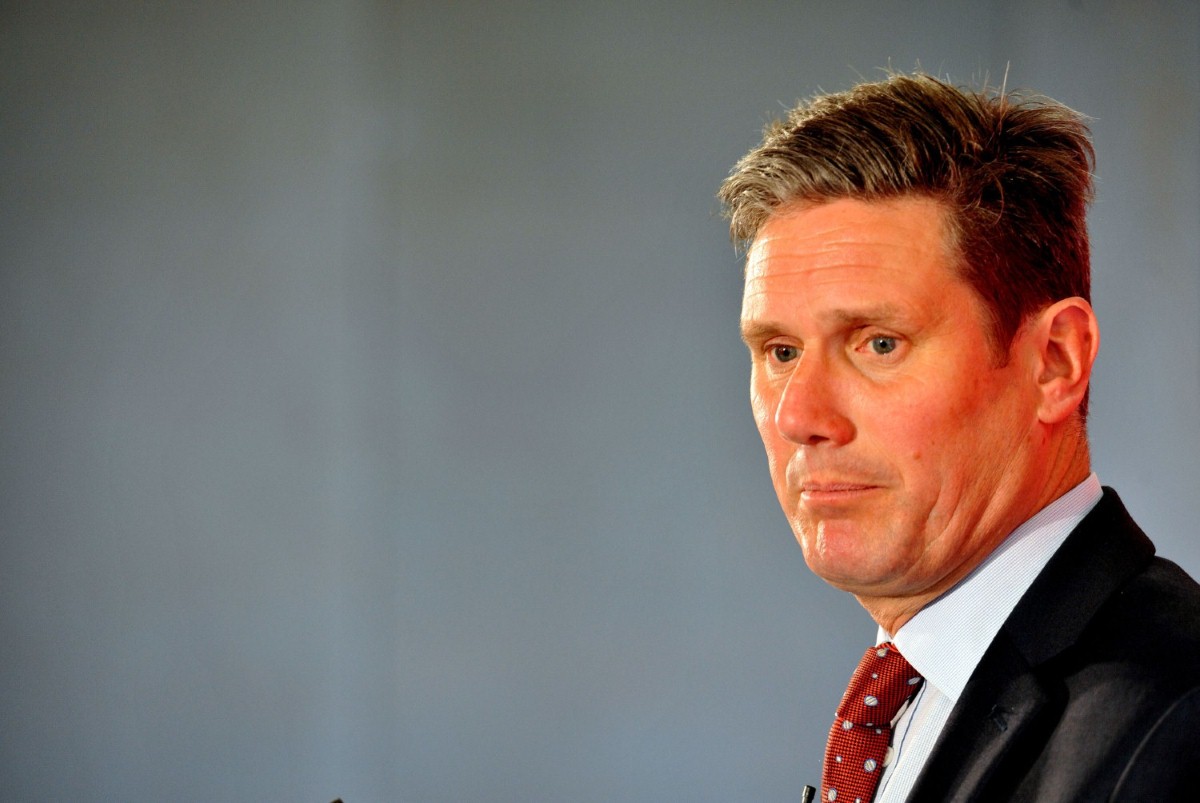 This morning was Labour's last chance to clarify their Brexit policy before voters go to the polls in June. If you'd told us after the referendum that we'd still be trying to figure out what their position was a year later we'd have sat around laughing, but there we are. The new programme has very welcome elements to it and is clearly the work of a man desperately trying to make the best of a bad situation. But it remains really quite muddled, even if you have the time and the inclination to pay proper attention to it, which most voters do not.

For what it's worth, there are some positive developments. Shadow Brexit secretary Keir Starmer wants to unilaterally guarantee EU citizens' rights in the UK. Crucially, he seeks to properly challenge the executive power-grab that is the great repeal bill by replacing it with an EU rights and protections bill, which would make sure existing standards in environmental law, workers' rights, consumer protection and the rest are "fully protected without qualifications". He also effectively rules out a 'no-deal' WTO scenario saying it is not a "viable option". Finally, he shows an intelligent approach to negotiations by trying to "settle transitional arrangements early in the negotiations". This would block the dynamic which empowers Brussels each day that the talks go on.

On the process of Brexit, the Labour proposals are good. But on the outcome, they remain quite hard to pin down. The preview Labour put out last night seemed to indicate that they supported leaving the single market and customs union. It said the party envisaged "retaining the benefits of the single market and the customs union". You could do that inside both of them of course, but it seemed a strange turn of phrase to use if you were planning to stay. Why not just say you want to retain membership? This suggested Labour still favoured a hard Brexit. And it made it difficult for journalists overnight to report on any detail of Labour's position.

But in his interview on the Today programme this morning Starmer seemed to adopt a slightly different position: to try to stay in the single market and customs union if they could secure reform of freedom of movement. "Unchanged single market membership is not a viable option," Starmer said, "but we would want to leave the options on the table to discuss with our European colleagues what the appetite for change and revision and reform of single market rules [is]." Theresa May, on the other hand, has "taken all options off the table before she starts". So the Labour position appeared to be that it would first try to reform free movement and stay in the single market but that it would leave if that reform was not forthcoming.

Then during his speech later in the morning we got the final clue which unlocked the Labour Brexit puzzle. 'Retaining benefits', Starmer explained, was effectively an umbrella term. It could refer to either of these two scenarios. First Labour would try to secure reformed single market and customs union membership. But if that proved impossible, it would try to secure equivalent arrangements outside them in a free trade deal. Mystery solved.

This is a perfectly sensible policy. If it had been made early enough and sold in a more compelling manner, it might even have been able to win the ear of the electorate and keep Remainers on board without alienating Leavers. Starmer is right that May has been weak in her strategy. She has accepted EU rules on their own terms and failed to even try to secure a bespoke position for Britain inside them. But this message needs to be made plain and easy to understand. Starmer's message is quite the opposite. You have to sit there listening for some time, decoding the terms, in order to arrive at a conclusion about what Starmer thinks. And even then all the terms are not decoded at once. So it's only by reading the advance notes on the speech, then hearing his Today programme interview and then watching the speech that you get a sense of what Labour is aiming at.

The policy is also quite confusing in its own right. Starmer says that "jobs and the economy" would take priority throughout the process. If so, why would single market and customs union membership be contingent on reforming free movement? Starmer's position seems to be that controlling immigration has priority in the first phase of negotiation. Then if that fails and the Europeans won't budge, we drop out the single market and negotiate an equivalent trade deal in which jobs and the economy take priority. It's a weird sequencing of negotiating emphasis.

And even this quite negative assessment presumes that this really is Labour's policy. Jeremy Corbyn's team have been quite clear that they do not believe single market membership exists. They focus their comments on tariff-free access to the single market, which is a much lower expectation than that set by the prime minister, who also wants to address non-tariff barriers. Last week, Corbyn's former press officer called Brexit "a great opportunity to radically transform this society".

You get the sense reading Starmer's proposals that he is desperately trying to catch falling vases in a china shop while a bull rampages through it ahead of him. This is a patch-up job, trying to make a policy look presentable in a party with no leadership, disparate power centres, and no settled view on the main issue of our time.

That confusion is not just about policy, but about implementation. Imagine if Corbyn actually somehow won the election. Who goes into the negotiations with Brussels? Starmer? Or the Labour leader? Which of Labour's Brexits would we get?

From what we've seen today – and despite all its faults – Starmer would be better than May in negotiations. Despite the frustrating presentation, you can see that he consistently grasps the issues. But Corbyn is arguably worse than May. The prime minister has proved herself strategically inept, dangerously power-hungry, short-sighted and reactionary. But she does at least seem to understand the key concepts and terms she is describing. Corbyn simply does not. It has never been clear and is not clear now whether he even gets what the single market is or if it exists. More importantly, he appears to have no interest in it or Brexit in general. Putting someone with that personality into the negotiating room would be catastrophic.

Labour's proposals today are a significant improvement, but we have no guarantees the leadership understands them, or would stick to them, or would even know who is delivering them if it won. Starmer is honourably trying to do the right thing in impossible circumstances. But the party's policy remains a terrible muddle.