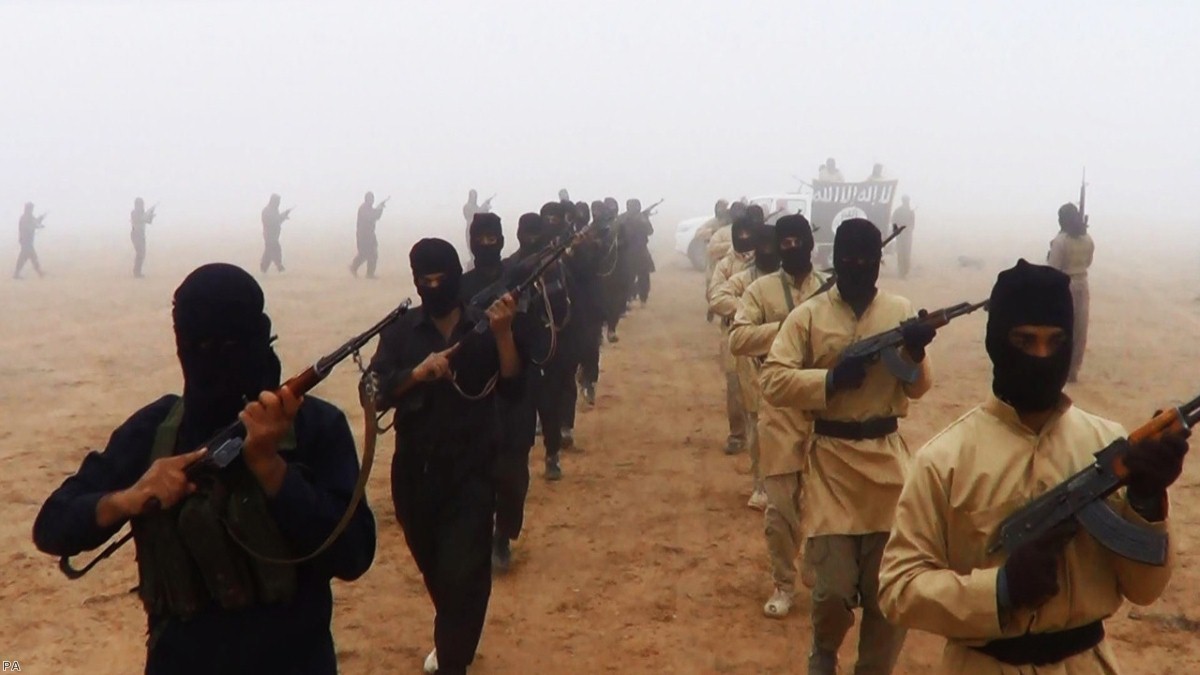 This morning's BBC debate for the Labour leadership provided a startling example of how catastrophically stupid the anti-war left has become. We already knew that neither Owen Smith nor Jeremy Corbyn want to fight Isis. They voted against bombing. But we didn’t know they actually want to negotiate with it. Smith even seems to want them directly around the negotiating table.

Here’s the full transcript, from the BBC debate:

VD: Would this process involve anyone from so-called Islamic State, yes or no?

JC: No, they’re not going to be around the table, no.

Owen Smith: My record is I’m someone who worked on the peace process in Northern Ireland for three years. I was part of the UK’s negotiating team which helped bring together the loyalist paramilitaries and the DUP in particular into the process alongside Sinn Fein. My view is that ultimately all solutions to these crises, these sorts of international crises, do come about through dialogue. So eventually if we're to try and solve this all of the actors have to be involved. But at the moment Isil are clearly not interested in negotiating. At some point for us to resolve this we will need to get people around the table.

The first thing to note is that Smith is considerably more insane than Corbyn on this issue, in that he seems to envisage actually having Isis around the table. Corbyn opts instead for ‘proximity talks’, which is bad enough, but he does at least rule that out.

These are the people they want to negotiate with. Isis tried to commit genocide against the Yazidi. They execute people for refusing to fast, for blasphemy, sorcery, sodomy, or practicing as a Shia Muslim. They torture people, crucify them, bury them alive, use them as suicide bombers, and sell them as sex slaves. They turn execution into entertainment – drowning their victims in cages, blowing their heads off with explosives and burning them alive in a car hit with a rocket launcher. They crammed 600 men into trucks in Tikrit and slaughtered them. There are other massacres on this scale.

What would Smith and Corbyn give Isis in these talks? How many women would they allow them to turn into sex slaves? Which groups would they let them commit genocide against? How many opponents would they be allowed to boil in tar? How many gay people would they be able to throw off buildings?

This is not Northern Ireland. They’re not, as one commentator said on Twitter today, a Muslim IRA. Isis cannot be reasoned with. There is no political dimension to their agenda. There is no sanity there to negotiate with. They are a millennialist death cult for whom anything less than full compliance with a fundamentalist Wahhabi doctrine of Sunni Islam is punishable by death.

@IanDunt I'm not sure either of them understand, in the slightest, what ISIL actually represents. This isn't a Muslim IRA.

This weekend, Manbij was liberated by Kurdish ground troops supported by western air power. The women kept as sex slaves were freed. The people could dance, and cut their beards, and smoke. They celebrated in the street, a look of astonishment and joy on their face. And that was not done by hand-wringing in the West, or talk of ‘getting around the table' with murderous lunatics. It was done by killing them. That is the only solution to the Isis problem.

The left used to understand this. In the Spanish civil war, Republican fighters knew that if they could kill rabbits, they could kill fascists. But those days are long gone. On the left, that sentiment has been replaced by a visceral and instinctive hatred of the West. Many modern socialists are apparently content to allow people in faraway lands to be turned into slaves by fascist tyrants rather than support the fight against them. The British volunteers of the International Brigades would be turning in their graves.

Update 13:52: Jeremy Corbyn's camp has been quick to try to revise down his coments after the debate ended. They put out a statement saying:

"Jeremy has always argued that there must be a negotiated political solution to the war in Syria and the wider Middle East, and that maintaining lines of communication during conflicts is essential. But Isis cannot be part of those negotiations. Instead, its sources of funding and supplies must be cut off. Owen Smith’s comments were hasty and ill-considered."

It goes without saying that the Labour leader's army of supporters online are putting the best possible spin on his comments and insisting he explicitely ruled out talks with Isis. This isn't quite right. He ruled out Isis being "around the table", which is consistent with his demand for "proximity talks" above. Some have suggested the proximity reference is to other actors or even to Assad. It clearly isn't the latter – why would you hold indirect talks with the ruler of the country? – but given that the point on other actors was made in a seperate argument, it doesn't seem to be the former either. There are other interpretations, but the most obvious one is that he was proposing proxy talks with the terror group.

There's a little more context to Corbyn's belief in back-channel communications with Isis in this article from earlier this year,, where he compared doing so with similar efforts with the IRA and the Taliban.