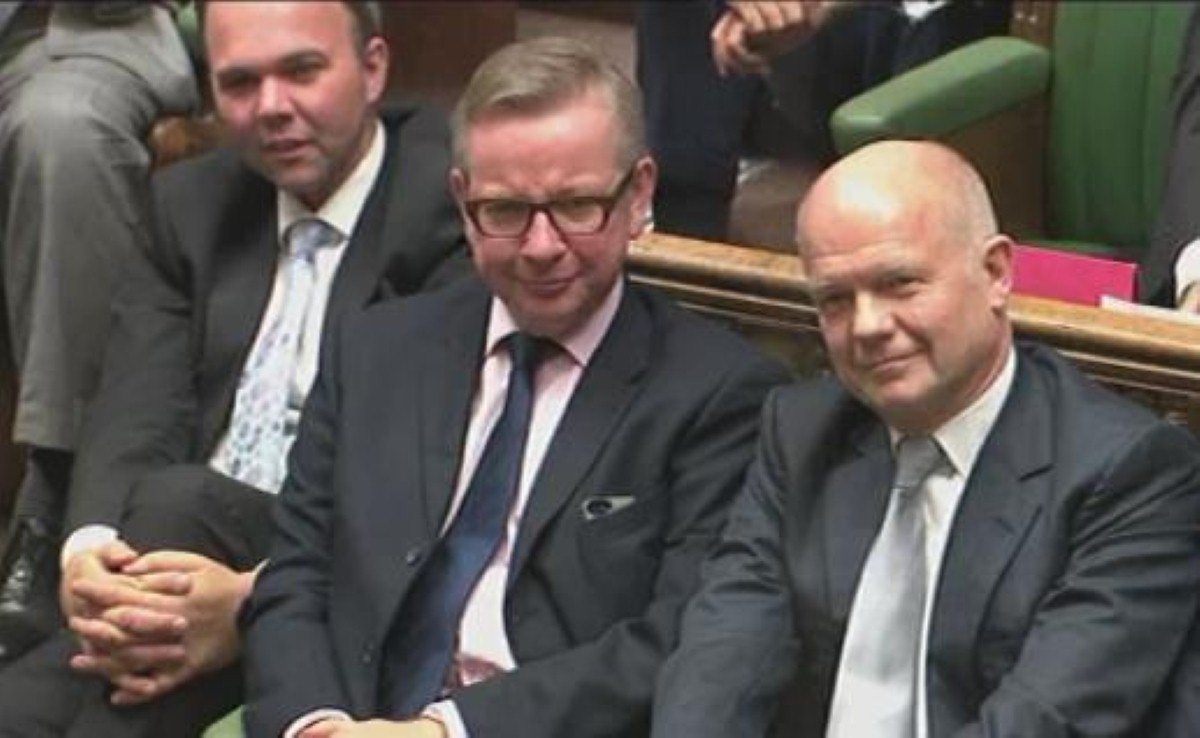 And with that, Boris Johnson was toast. MPs fled his ship and at lunchtime he confirmed he would not be running for leader.

But Gove's decision to stand comes after multiple occasions in which he insisted he never would.

Just a few weeks ago, on June 3rd, he told Sky News:

"I can tell you I'm absolutely not. The one thing I can tell you is there are lots of talented people who could be prime minister after David Cameron but count me out."

Just over a month ago, he told the Telegraph:

Over the years he's told almost anyone who would listen that he wouldn't stand. But what's particularly interesting is that these weren't just flat-out denials – they were very specific. And what he said is going to haunt him.

Michael Gove has joined the race to be the next Tory leader https://t.co/UUEsYoZiu7

"The one thing I do know having seen David Cameron up close is it takes extraordinary reserves of patience of judgement of character to lead this country and he has it and I don't and I think it's important to recognise in life you’ve reached an appropriate point."

"I'm constitutionally incapable of it. There's a special extra quality you need that is indefinable, and I know I don't have it. There's an equanimity, an impermeability and a courage that you need. There are some things in life you know it's better not to try."

These words must hang over him like a shadow. The question is, what's changed? He clearly didn't believe this would happen earlier this month. If the email from his wife Sarah Vine is genuine, it suggests he wasn't given whatever it was he wanted by Johnson yesterday.

You get the sense there's something we don't know. But we do know one thing. If Gove wins the leadership, he'll never see the end of those quotes. The question he must answer is: if he didn't think he was up to it, why should voters disagree?