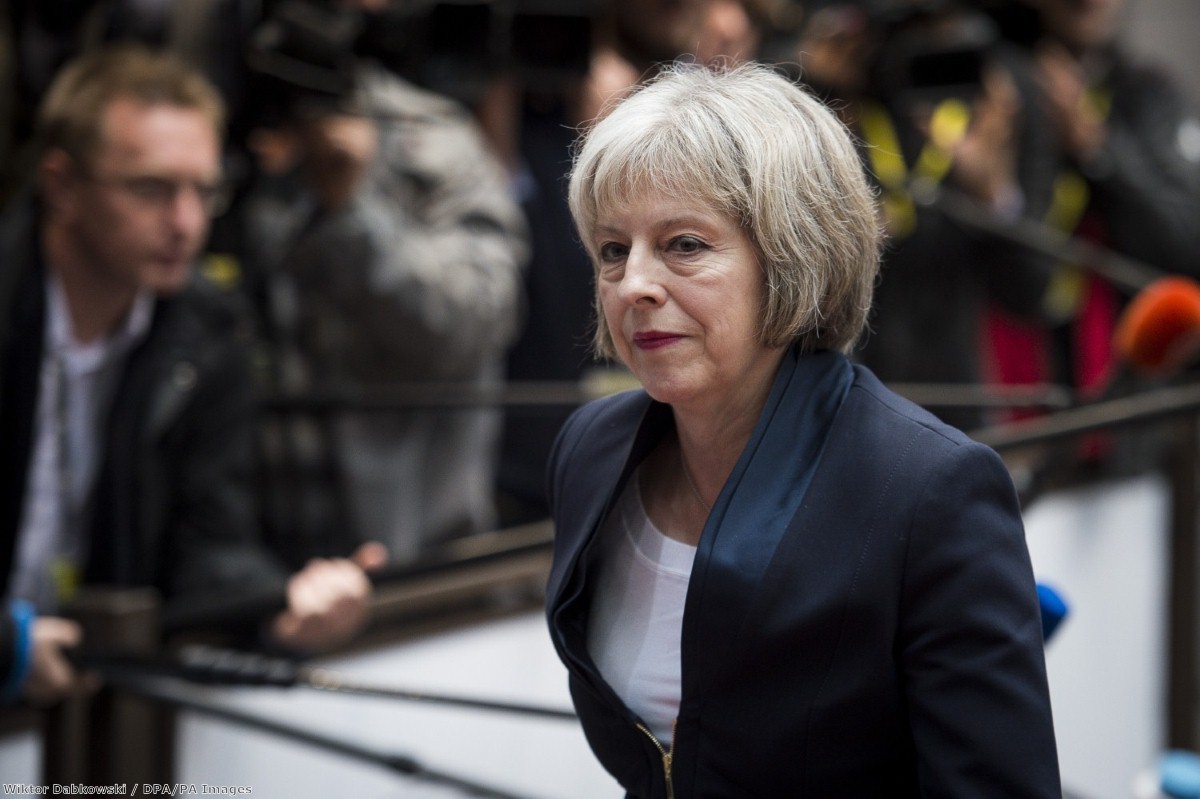 At some point, the reporting committee decided not to report the case of Qadir & SM vs the secretary of state for the home department. As I reported last month, this case proved that the Home Office had deported thousands – probably tens of thousands – of people on the basis of a scrap of hearsay evidence. It had accused students of fraud, put a black mark against their name which would prevent them being accepted into other countries, conducted dawn raids against them, separated husbands from wives, put many in detention, and then deported them. It did all this without giving them their day in court. Their only right of appeal was out-of-country.

Thousands of others were waiting on the result of the Qadir case so they could use it to fight their own appeal. After all, the case had seen the witness testimony of two Home Office officials – Rebecca Collings and Peter Milinton –branded unscientific and useless. These two witness statements were used against all the other people accused of fraud. If they were deemed useless in this case, surely they would also be useless in all the other cases?

The case also saw Dr Harrison, an expert in voice recognition, dismantle the claims about fraud – and their ability to test for fraud – made by the Home Office and ETS, the firm who ran the test. What he said was equally applicable to all the other cases where people had been wrongly accused of fraud. The evidence the Home Office relied on was identical in all cases, so knocking it down for one should knock it down for all.

But it won't, because the reporting committee is refusing to report it. The decision means that the case cannot be cited, except under very strict and laborious conditions, in other appeals. It means many thousands of people who have been unjustly deported will not even know of its existence. The decision makes the ruling against Theresa May legally useless. It’s as if it never happened. The reporting committee has taken a damning judgement against the home secretary and buried it.

Even finding out that this has happened is difficult. You cannot contact the committee to ask them. A few barristers and solicitors heard it from the judges on their case and told other lawyers. It’s only through speaking to various lawyers anonymously that I have been able to verify that this has happened at all.

"I was outraged," one says. "I'm still outraged. I'm speaking to other practitioners on a daily basis and everyone is feeling the same thing. Other cases in the past which are much less helpful are being reported. The common theme there is that they go against the immigrant. If they go against the secretary of state, they don't get reported."

The committee should be picking the cases which have repercussions for reporting. But instead it reports many seemingly very trivial cases then leaves out a case which has profound implications for tens of thousands of people.

"I'm genuinely astonished by the decision," immigration lawyer Colin Yeo says. "It is a major case affecting tens of thousands of students and the determination includes significant legal issues, including whether a part time judge who remains a practicing barrister should be prevented from sitting on a case where he or she has previously acted on behalf of affected litigants.

"Without the case being reported it will not appear on the free legal databases, which seriously limits access to justice for those affected. The reporting committee has previously selected cases that favour the Home Office in a factual dispute and the decision exposes the committee to accusations of bias."

The lawyers who fought the case have angrily fired off a letter to the chair of the reporting committee threatening a judicial review of the decision. It is an extraordinary letter. They accuse the committee of "an abuse of power".

They go on: "There seems to be no lawful purpose for your decision… All this points to a manifest procedural irregularity… Your decision is plainly hostile to common sense."

It’s certainly odd. Everyone had assumed the case would be reported. I was in the upper tribunal when the summary was read out, printed off, and handed out. It clearly reads like general guidance which would apply to other cases. A number of ETS cases had been put on pause until the president's judgement was out, specifically for this reason. Judges had told litigants over the last few weeks that the judgement had been reported with a formal judicial head note. They had provided copies of it to litigants and their lawyers and invited submissions based on its content. They were reading – in open court – and quoting a judicial head note saying that the evidence from the two Home Office witnesses was insufficient to establish deception. But suddenly – to the shock and dismay of everyone I've spoken to – it has all vanished into thin air.

We can’t ask the reporting committee, because we can't get hold of them. The Home Office won't comment either. It is impossible to do a full analysis of all the reported and unreported decisions to try to find systemic bias. But the trend is pretty clear if you just take the cases concerning the ETS language tests.

Take the ETS case of R (on the application of Bilal Mahmood) v Secretary of State for the Home Department, where the president laid out all the awful things he could do to those who had not shown full candour in their judicial review. Tough stuff, and very useful to the Home Office. That was reported.

Take another ETS case, R (on the application of Roohi and Another) v Secretary of State for the Home Department, where the case rested on the effect of new legislation. The president found the solicitor representing the immigrant to be "completely wrong". That was reported.

Take another ETS case, R (on the application of Ashfaq Ali) v Secretary of State for the Home Department, where the tribunal found that the student accused of fraud by the Home Office was not entitled to an in-country right of appeal. That was reported.

Take another ETS case, R (Mehmood and Anor) v The Secretary of State for the Home Department, where it was found that judicial review wasn't appropriate in challenging ETS fraud cases. Again, very useful for the Home Office. That was reported.

But one story, outside of the ETS debacle, more than any other raises questions about what this shadowy legal organisation is doing. The case of NA & Others (Tier 1 Post-Study Work-funds) found in favour of the Home Office in its use of the points based system. It was a brutal ruling, meaning that many people, on really quite arbitrary grounds, lost their jobs, their college place and their right to stay in the UK.

You couldn't ask for a clearer comparison. The reporting committee had two cases on the same issue to choose from. One went against the Home Office but had been completely validated by the highest court in the land. One went for the Home Office and had not. They picked the latter.

For thousands of people wrongly accused of fraud by the Home Office, this will be a staggering moment, in which they may lose all faith in the British justice system. Some of them are fighting their cases from outside the UK, having had to humiliatingly leave the country with the shadow of fraud accusations hanging over them. Others are fighting in the UK, with the income of just one spouse because the other is not allowed to work while the case is resolved.

They will have read the Qadir case. They know the accusations of fraud against them have been made by Home Officials whose testimony was not considered credible by the upper tribunal. They know a voice recognition expert has rubbished the evidence put out by ETS. They know the case against them has been comprehensively dismantled. But they cannot cite this in their own case. It’s as if it never happened.

For them, it is a tragedy and an injustice. But for everyone else it should be a wake-up call: What is this shadowy committee, which decides which cases can be reported and which can't? On what basis are they making their decisions? And why do they seem so often to do exactly what the Home Office wants?

Update 13:01: Shortly after this article was published, the tribunal decisions website confirmed that the case would not be reported.