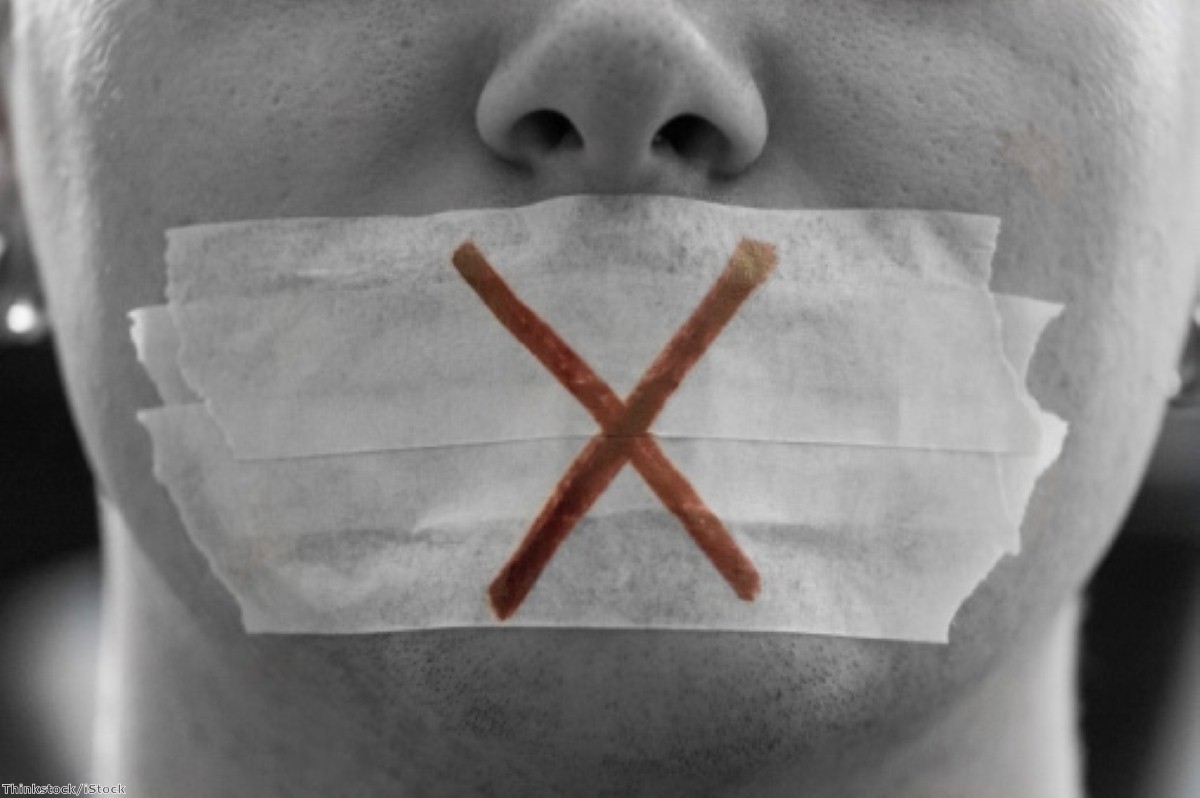 The Rhodes Must Fall movement is championing free speech

It is apparently a great threat to freedom of speech, although no-one has been able to explain exactly why.

Today’s Rhodes Must Fall march in Oxford will pass the statue of the Victorian colonialist in Oriel College, before stopping off at All Souls College’s Codrington library, named after a 17th-century slaver, and the Old Indian Institute building, where Brits trained the Indian civil service. Students on the march (they are mostly students) will also demand action to increase the number of black and ethnic minority students in Oxford.

Apparently this is all too much for some people. Oxford chancellor Chris Patten compared the students unfavorably to authoritarians in the Chinese government. He framed the movement in the context of 'safe spaces' and 'no platforming' efforts, a product of the same hatred of free speech which has overtaken several UK universities.

"They argue that history should be rewritten to expunge the names (though not the endowments) of those who fail to pass today’s tests of political correctness. Thomas Jefferson and Cecil Rhodes, among others, have been targeted. And how would Churchill and Washington fare if the same tests were applied to them?"

Spiked, the so-called bastion of free speech online, has been having a go at the movement throughout, following Patten’s lead in muddying the waters between it and the no-platform movement.

Patten compares the students, who are exercising their democratic right to protest, to the Chinese government, which would ban them doing so. Spiked accuses them of 'whining' and being victims of history.

It is true that there is an overlap between the no-platformers and Rhodes Must Fall. The statements put out by the latter camp contain all the usual language of the censorship movement, predominantly in the way they equate hostile ideas to violence against the body. And there's much to disagree with on their specifics, particularly the black and white view of colonialism. If there's one part of British imperialism in India I wouldn't criticise, it's the creation of an effective civil service. Anyone who compares British and Spanish colonialism would recognise that the former was preferable to the latter. All colonialism was awful, but some colonialism was more awful than others.

And yet regardless of the protestors' other sympathies, and some of the weaknesses of their arguments, this is simply not a free speech issue, no matter how often their enemies try to pretend it is. They are having a debate about the past and how we reflect it in our present. They are critiquing the complacent British attitude towards our colonial past. And God knows we need it. A recent YouGov poll found 44% of Brits were proud of our history of colonialism, with just 21% regretting it.

The truth is, we don't talk about our colonial past enough in this country. What could be more encouraging for free speech than to start a conversation about it? As historian Timothy Garton Ash wrote recently:

"Obviously, I was aware that bad things were done by British imperialists. But I think it is true that one can study history in Britain, and live as a politically conscious citizen here, without being pressingly confronted with this legacy. The British memory of empire is, I think, quite woolly – and that also means soft on ourselves. Unlike in Germany, there is little agonising about what your grandfather might have done. In a very British way, we just don't talk about it."

These protestors are not emulating the Chinese or "whining". They are challenging our present political complacency. And how are they doing it? Through argument, through protest, through free speech. This is about asking: 'Who do we want to celebrate from our history? And what does that say about who we are now?' These are valid questions and they are being pursued in a valid way. They're not trying to censor anyone and it is pernicious and unhelpful to suggest they are.

The great representatives of free speech have failed to see that this movement is an opportunity to make their case – not a threat to it. Their response has been depressing and counter-productive. Oriel College said it would hold a consultation over the Rhodes statue but then thought again when there were threats of funds being withdrawn. The chancellor of the university has made cack-handed comparisons to dictatorship. The libertarian bloggers try to shut up the protestors with abuse and a misrepresented sense of their goals. It’s as if they’re trying to prove the safe spaces movement's arguments about the power imbalance of free speech.

This is an opportunity to show student activists that free speech works, that protest can secure change, that debate and reasoned argument can influence power. The response of free speech champions suggests they are struggling to live up to their ideals.