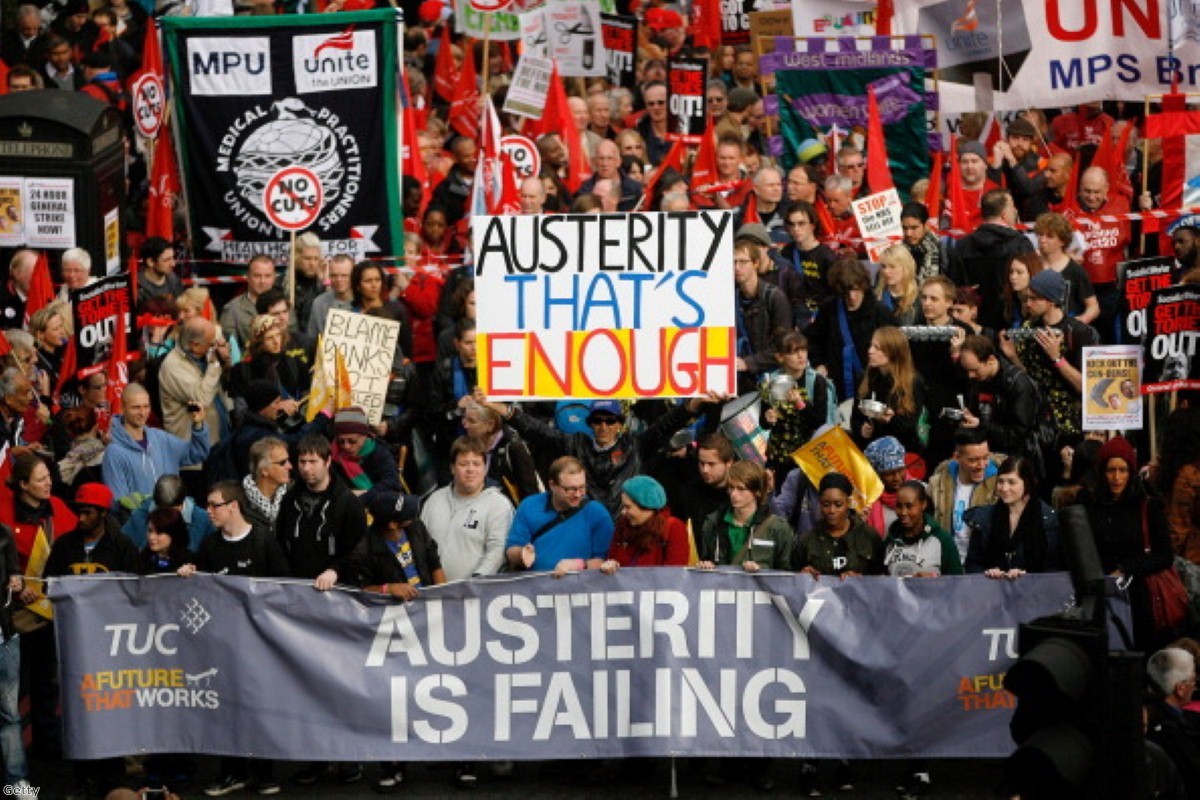 The government are trying to kill off the trade union movement

It's easy to get lost in the technicalities of the government's new anti-union legislation. Is it right that union ballots should require 50% turnouts before authorising a strike? Is it fair for members to have to opt-in to union political funds rather than opt-out?

By forcing us to stare at the ripples in front of us, we miss the tidal wave behind us. We miss the fact that what the Conservative government are really trying to do is kill off the trade union movement altogether.

Most of the coverage of the government's new Trade Unions Bill has focused on the opt-in rule as a threat to Labour's funding. But really this is not about damaging Labour. It is about damaging the basic ability of working and middle class people to campaign for good pay and employment rights.

Because the new opt-in rules will not just affect unions' ability to fund the Labour party. They will affect their ability to fund any kind of political activity whatsoever. It will hamper any future campaigns for a living wage, or against exploitative contracts and discrimination. Basically any union campaign that can in any way be judged as political will have its funding restricted by this law.

And these restrictions will only apply to unions. Any private company that wants to fund political campaigns will continue to be free to do so without any meddling from government. Hedge funds and investment banks will still be allowed to sink their profits into the Conservative party, without the government ever forcing them to first get an opt-in from their employees.

Again, it is easy to get lost in the technicalities while missing the bigger picture. This isn't really about ballot rules or opt-in forms. Like the lobbying bill in the last parliament, this is a naked attempt to destroy the ability of the trade union movement to ever again be a significant political force. This isn't an attempt to get rid of trade unions altogether but it is an attempt to neuter them. It is an attempt to turn them into a glorified version of the citizens' advice bureau for employees. It is part of a longer-term aim to make trade union membership totally non-political like a kind of life insurance.

Under this vision you would still be able to get advice from your union, but they wouldn't be able to campaign on your behalf. And you certainly wouldn't be able to strike. Let's not be in any doubt about this. The turnout thresholds in this bill are just a stepping stone to wiping out industrial action altogether.

This is not a conspiracy theory. It is a clear plan being pushed at all levels of the Conservative party.  The current bill was originally championed by London mayor Boris Johnson in order to tackle strikes on the London Underground. However, his original hope was not for turnout thresholds but to effectively ban strikes altogether.

Under Johnson's original plans and those again being championed by London Assembly Tories, unions would lose all ability to strike and would have to instead submit themselves to compulsory arbitration.

Under these plans, it would no longer be up to the collective trade union movement to negotiate their member's pay and conditions with employers. Instead these would be decided by a judge or quango behind closed-doors. And if employees don't like those conditions then tough luck.

It is very easy to get lost in the details, but it is the bigger picture that really matters. Most of the employee benefits we now enjoy, from paid holidays to parental leave, were fought for and won by the trade union movement. Without that movement we would all be poorer and less secure.

This Trade Unions Bill is just the latest attempt to kill off that movement. It is merely the latest slash in a death of a thousand cuts.